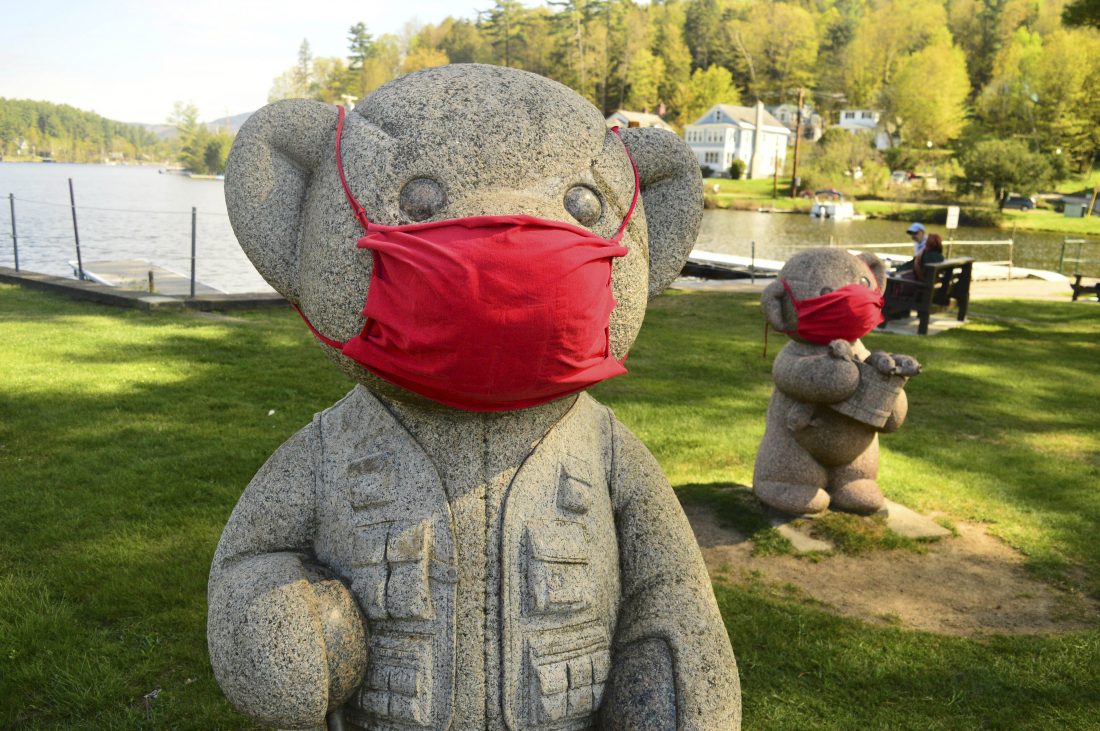 Tourists meandered down Lake Placid’s Main Street this weekend, eyeing the scenery. Parking lots for multiple popular High Peaks trails filled to capacity early on Saturday and Sunday. Small groups of people took walks around local parks, stopped by restaurants to get take-out, and took to the water for boating, waterskiing, kayaking and canoeing.

Despite widespread closures and restrictions amid the coronavirus pandemic, the warm, sunny weather and good hiking conditions drew countless visitors to the Adirondacks over the long holiday weekend. But with the U.S.-Canada border closed to traffic and ongoing recommendations from state and local officials to hike and recreate locally, for the most part, the High Peaks region was spared from the normal influx of nature-seekers — though there were more visitors here during the three-day weekend than there has been since the pandemic reached New York state.

The Memorial Day weekend is busy for this region, traditionally kicking off the summer tourism season. Usually, Lake Placid’s Main Street would be lined with cars and High Peaks trailhead parking lots would be overflowing. But over this weekend, parking was still easily found on Main Street.

Keene town Supervisor Joe Pete Wilson Jr. attributes the latter to a combination of the border being closed — significantly cutting down traffic — and a strong presence from the state Department of Environmental Conservation and New York State Police.

“The DEC really had a strong presence scheduled for this weekend,” he said. Assistant forest rangers were on duty around Keene Valley, and state troopers patrolled Route 73. “The state really stepped it up here in Keene, and that really made a difference and helped to keep Route 73 safe, and the hiker parking in a managed state.”

Still, the flow of traffic was a shock after more than two months of living under restrictions from Gov. Andrew Cuomo’s “New York State on PAUSE” order, Wilson said. The North Country is currently in the first of four phases of reopening its economy.

“It was such a shock to go from the PAUSE, and how quiet it has been, to businesses opening up, people everywhere and traffic,” he said. “It took some getting used to, to see the volume of people here having their vacations. It took a lot of mental perception adjustment. I think everyone is trying to find that balance of getting back to business, and doing it safely.”

The second phase of reopening in this region could happen as soon as this weekend if the region continues to hit state-imposed benchmarks.

Gov. Andrew Cuomo on Sunday announced that campgrounds would reopen starting Monday, Memorial Day. DEC officials could not be reached on Monday to say what that would mean for Adirondack campgrounds.

Public health officials continue to stress the importance of staying at least 6 feet away from other people, wearing a mask when that isn’t possible, and limiting trips to indoor public places such as grocery stores. While the number of active cases in Essex County dwindled to five as of Friday, and to one in Franklin County as of Sunday, Essex County Health Department Public Information Officer Andrea Whitmarsh has said this area could be more susceptible to a second wave of infections because it appears that much of the population hasn’t built up an immunity to the virus.