PLATTSBURGH — Assemblyman Dan Stec, R-Queensbury, took issue with his Democratic state Senate race opponent’s response to a press release he sent out Wednesday regarding legislation he has cosponsored that would limit the governor’s expanded powers during an emergency.

Stec referenced Clinton County Treasurer Kimberly Davis’s assertion that he was suggesting all 62 New York State counties should be able to create their own rules when dealing with something like the COVID-19 pandemic.

He said her response was “factually out the window.”

The legislation would require the governor to make state emergency declarations on a county-by-county basis rather than statewide and provide justification for doing so; mandate authorization from the legislature to extend the declarations past 45 days; and allow county leaders and the mayor of New York City to request the termination of the declarations in their respective counties.

If their requests are denied, the governor must provide reasons.

The bill would additionally require that any executive order that prevents New Yorkers from exercising constitutional rights, such as protesting, free speech or religious worship, be reviewed by an independent judicial body.

Stec told the Press-Republican Thursday that he would feel the same way about limiting the executive’s powers if the governor was a Republican.

He added that the legislation was about restoring checks and balances, creating a mechanism for individual counties to request that the state of emergency be lifted and requiring the governor to justify continuing emergency declarations.

He pointed to how Assemblywoman Carrie Woerner, a Democrat, told the Glens Falls Post-Star that she also agreed it was time for the Legislature to take back some of the powers given to Cuomo.

“It’s important in a crisis for an executive to have authority,” Stec said, “but it’s not unlimited, and it isn’t indefinite.”

He argued that the proposed legislation empowers local governments to stick up for themselves and reengages the legislature.

“It in no means says that there’s going to be 62 counties going in 62 different directions at 62 different paces,” Stec said of the legislation.

In response to Stec’s comments, Davis questioned whether Stec knew what was in his own bill.

“The first point in his press release clearly states that, ‘All state emergency declarations would be made on a county-by-county basis rather than statewide…’ What am I not understanding?

“Yes, the second point in his press release states that after 45 days the legislature would approve an extension, but he should go back and read his first point instead of being condescending to me about what he is sponsoring.” 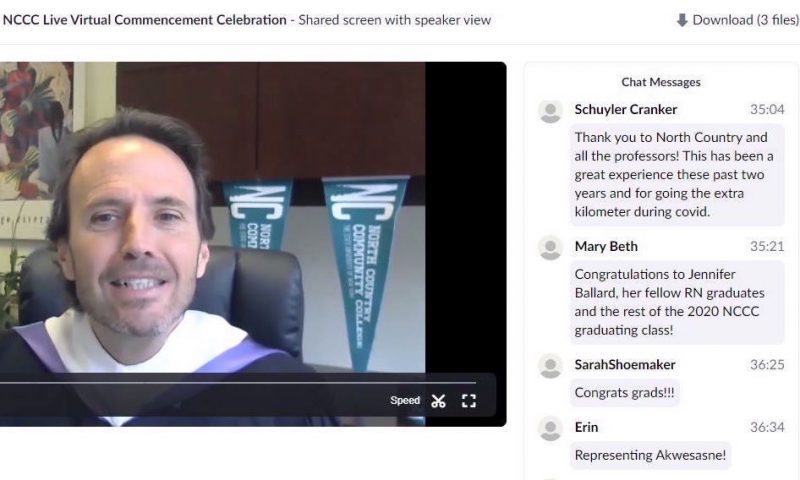