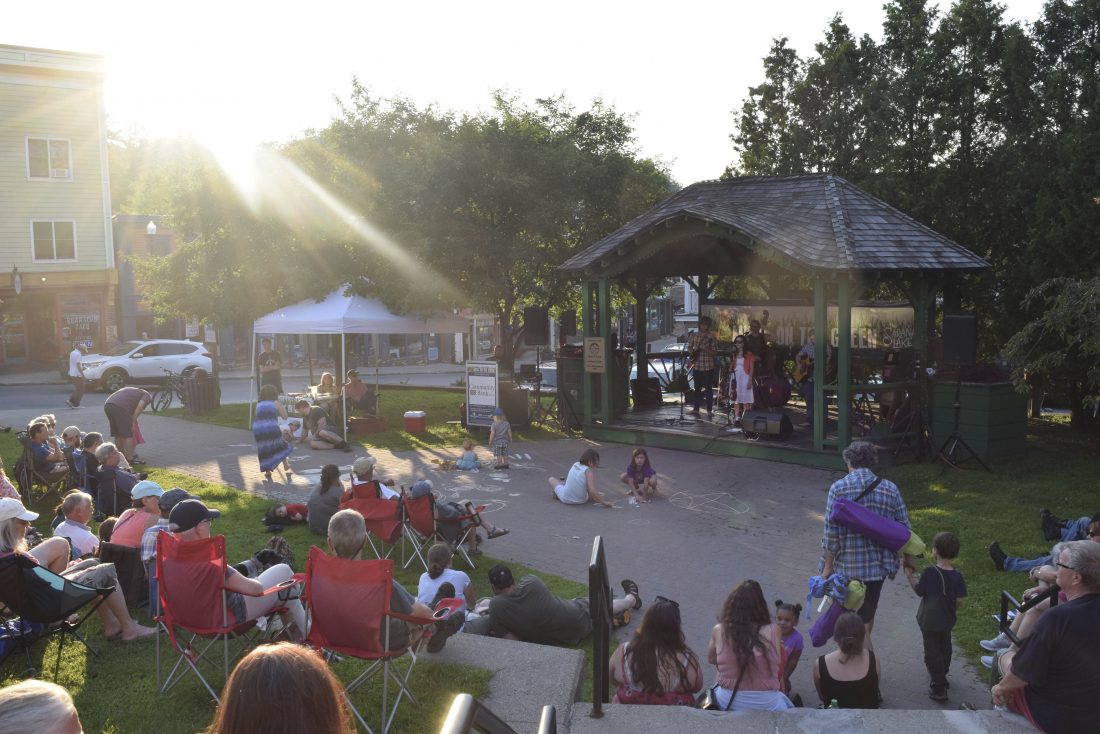 A crowd of people young and old gathers to see the Barefoot Movement, a bluegrass-inspired band from Nashville, perform on July 3, 2019, at Berkeley Green in downtown Saranac Lake, part of the weekly Music on the Green concert series. (Enterprise photo — Kevin Shea)

SARANAC LAKE — The Music on the Green concerts, normally a summer standby on Wednesday evenings in Berkeley Green, have been canceled this year — although a short-notice show may be possible later on.

Joe Dockery, a local musician who runs the concert series with his wife MaryLynne, had said in late April that he planned to wait until after the state lockdown ended on May 15 to decide whether the series will go on. He said Friday that his committee met that day and decided it was best to call off the series, since the earliest the North Country could be up to Phase 4 reopening, which includes entertainment, would be June 26.

“That’s cutting it so close, we just didn’t want to make a decision at the last minute,” he said.

That doesn’t mean there will be no concerts. If, as the summer progresses, it looks like a concert could be held, Dockery said he will round up local musicians to perform, which he said should be no problem.

They did, however, have to give fair warning to national and international touring bands. That means locals will not get to enjoy JigJam, an acoustic quartet from Ireland; the Mississippi Hot Dogs from the Saratoga area, the Danny Knicely Quartet from Virginia, Tuba Skinny from New Orleans, and fiddle and banjo player Dirk Powell. Scheduled from closer to home, and therefore potentially still book-able on short notice, are Spring Street of Tupper Lake and upstate New York Americana band Annie and the Hedonists.