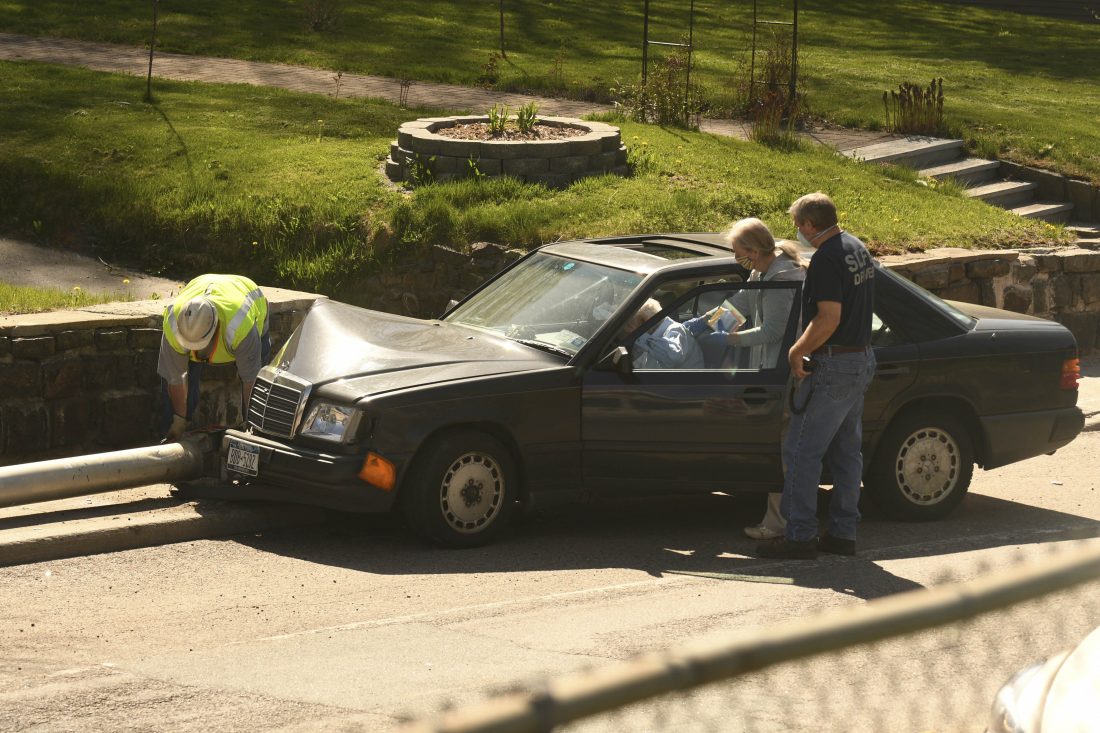 A Rainbow Lake man gets assistance after the car he was driving crashed into a light pole and knocked it onto the pavement on Broadway in Saranac Lake Friday morning. (Enterprise photo — Lou Reuter)

SARANAC LAKE — A Rainbow Lake man suffered only a minor cut Friday morning when he crashed his car into a light pole and knocked it over on Broadway.

Village police Sgt. Jason Swain said Robert Katz, 90, was driving a Mercedes-Benz sedan north on Broadway around 9:30 a.m. when he crashed into the village light pole on the right side of the road, past the Veterans Memorial Association but not yet to Ampersand Avenue.

“He wasn’t able to really explain what happened,” Swain said.

The light pole fell over onto the pavement, but the road did not have to be closed, Swain said. National Grid put the pole back up.

The car was towed from the scene, and Katz suffered only a minor cut on his arm, Swain added. A third party gave him a ride.