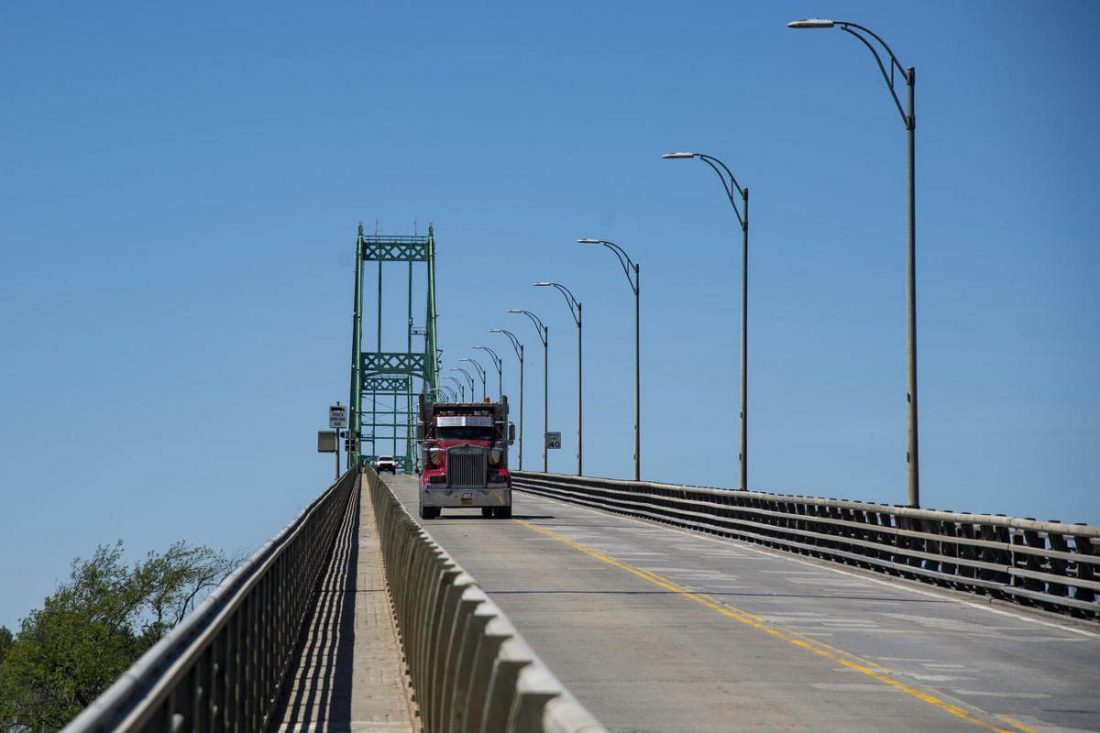 WATERTOWN — Traffic across the three international bridges in the North Country plummeted more than 60 percent in April compared to April 2019 following the March 21 closure of the U.S.-Canadian border due to the COVID-19 pandemic.

The Ogdensburg-Prescott International Bridge saw the biggest hit to traffic, experiencing a 92.2 percent decline in passenger vehicle volume compared to a year ago, dropping from 45,707 vehicles in April 2019 to 3,551 vehicles this year, a difference of 42,156, according to figures released Tuesday by the Bridge and Tunnel Operators Association.

The closure of the border for nonessential travel was initially set to expire April 30, but that was subsequently extended to today. On Tuesday, the two countries announced that the closure will now last for at least another 30 days, or through June 21.

The three bridges fared relatively better with truck traffic, much of which was allowed to continue to facilitate the crossing of goods deemed essential, experiencing an overall drop of about 25 percent in truck traffic. The number of truck crossings this April totaled 33,605, a decline of 10,963 trucks from 44,568 in April a year ago.

In addition to a 92 percent reduction in passenger vehicle traffic, the Ogdensburg bridge saw a 28.6 percent drop in truck traffic, going from 6,886 last April to 4,918 this year. Overall, bridge traffic dropped 83.9 percent.

The loss in revenue, which is realized through tolls, likely totaled in the hundreds of thousands of dollars for the three bridges in April. For example, the Thousand Islands bridge collected $851,366 in tolls in April 2019.