Cause of ‘line of duty’ death still to be determined

A memorial procession for Tupper Lake EMT Jonathan “Thunder” Damon drove through Chateaugay on Saturday, with emergency service departments from all over the area coming out to say “goodbye” to “Brother Thunder.” (Photo provided) 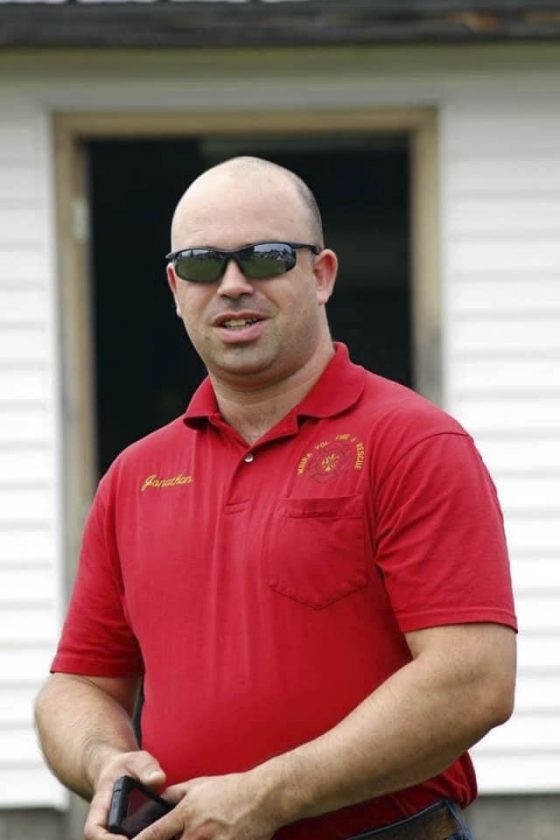 A procession of cars, ambulances and fire trucks a mile long drove through Chateaugay on Saturday as members of fire and emergency medical service groups from counties all over the North Country paid their respects to Jonathan “Thunder” Damon, who died Thursday while working a shift with the Tupper Lake Volunteer Rescue Squad.

Damon, 38, is well-known to fire and EMS volunteers all around the area, volunteering in multiple towns simultaneously, according to Tupper Lake rescue squad Maintenance Chief Mark Picerno. Damon also volunteered at agencies in Chateaugay, where he moved last year, Brushton, where he grew up, Saranac Lake and Malone, stretching over a 20-year career.

Picerno said they are still waiting for the results of an autopsy to determine a cause of death.

Picerno said they are considering it a “line of duty” death since Damon had been at a call within 24 hours of his incident. 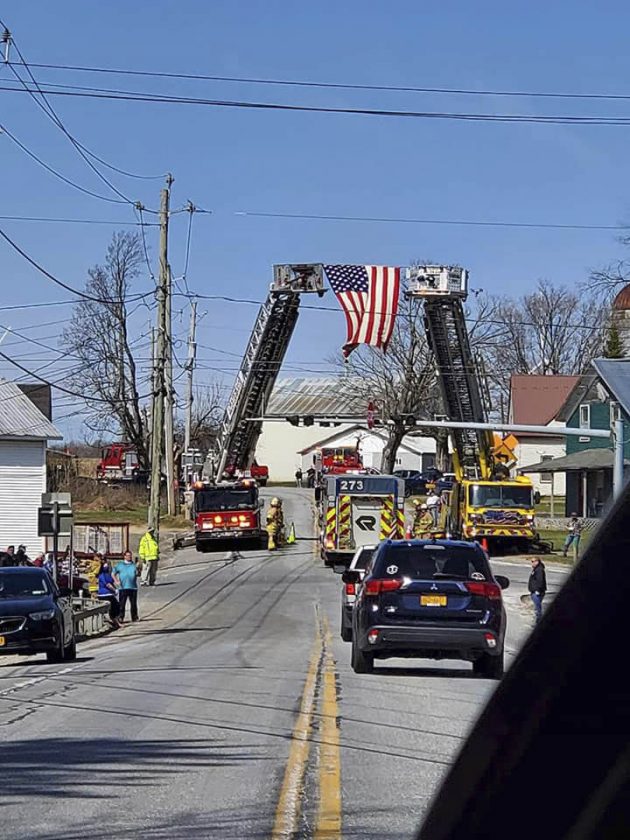 A memorial procession for Tupper Lake EMT Jonathan “Thunder” Damon drove through Chateaugay on Saturday, with emergency service departments from all over the area coming out to say “goodbye” to “Brother Thunder.” (Photo provided)

Picerno said Damon showed himself to be highly knowledgeable and professional in his six years with the Tupper Lake rescue squad. “He was always fun to be around, but when it came time to work, he put his heart and soul into it,” Picerno said.

Picerno said 25 members of Tupper Lake’s rescue and fire departments drove to Chateaugay for the procession, some with their families. He said every agency in Franklin County was represented, along with some from Clinton and St. Lawrence counties. Canadian EMS and firefighters sent their regards but couldn’t visit because the border is closed to most traffic due to the coronavirus pandemic. A post on the Tupper Lake rescue squad Facebook page says members have received condolences from as far as California and Quebec.

Picerno said Damon’s death was very unexpected, and everyone has been in shock. He said Damon was going to turn 39 in August. Damon leaves behind a fiancee, whom he was to marry in September, and several children. Picerno said his death has been tough for the family.

“He’s touched a lot of lives,” Picerno said. “He was young, too young.”

Picerno said the community is working to get Damon’s name added to a public safety officers’ memorial wall.

Damon’s nickname, “Thunder,” comes from the old Ford Thunderbird he owned when he started in the fire service. Picerno said Damon’s fiancee remembers many stories about that old car.

“Damon was one of kind and will be greatly missed,” the Tupper Lake rescue squad wrote in a Facebook post. “Rest Easy Thunder. We have it from here.”

(Correction: An earlier version of this article said Damon leaves behind adopted children; he leaves biological children as well. The Enterprise regrets the error.)