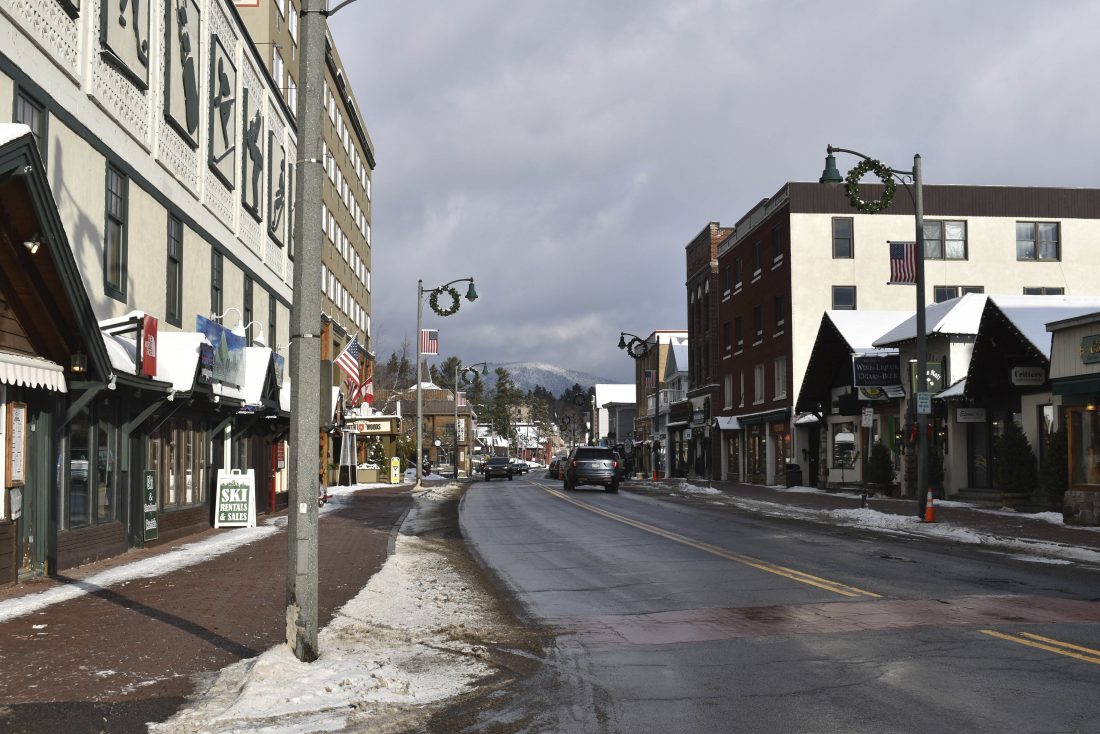 A public meeting on this $8 million streetscape redesign and infrastructure improvement plan was canceled last week as elected and public health officials stress the importance of social distancing and self-isolation to curb the spread of the novel coronavirus.

Two days after the meeting was slated to happen on March 25, Gov. Andrew Cuomo announced an expansion of his New York on PAUSE order, effectively imposing new restrictions on construction deemed “non-essential.” But projects undertaken by government — state, school and local — are exempt from that order.

Despite the exemption, some local governments have reevaluated capital plans in the face of cratering revenue projections, an anticipated decline in state aid and many other new financial considerations. Others plan to move forward as expected.

Mayor Craig Randall said in an email Thursday that Lake Placid’s Main Street project is “recognized as an essential project,” and the anticipated construction schedule remains the same.

The village plans to put the project out to bid in June, award the project to a contractor later in the summer, then move toward construction in September, according to Randall.

“Having said that, the public information session is impacted by the coronavirus issue so (it) has been postponed until the emergency is lifted and a public gathering is again permissible,” he said.

The Main Street Taskforce, a volunteer group tasked with offering feedback on the village’s proposed designs, has been discussing how to still put out concept designs for the public to view, according to Randall. Putting up the designs on a set of windows on Main Street is one of the ideas for doing that.

“At the moment there is minimal pedestrian traffic; as weather improves I think we will see an increase as our residents seek fresh air and exercise,” he said.

The village and the town of North Elba are also set to replace the sidewalk that circles Mirror Lake. One part of the sidewalk is within the town’s boundaries, the rest within the village, necessitating the two governments to bid separately for the same project.

“We anticipate both the town and village will look to award the bid shortly thereafter with project mobilization to start this spring,” he said. “The goal is for the project to be finished this year.”

The town of Keene is continuing to work on its largest capital project: Gulf Brook riverbank restoration. The project is fully funded through the Governor’s Office of Storm Recovery.

The phase currently in motion is one piece of a larger storm recovery project that started more than four years ago. When Tropical Storm Irene moved through the area in August 2011, the hamlet of Keene’s firehouse was ripped in half by Gulf Brook floodwaters. Some homes were flooded, as was the downtown. The stormwater receded within hours, leaving in its wake damage that would take years to remedy.

The first phase of Keene’s portion of the project started with the restoration of Gulf Brook from the location of the old firehouse to the edge of the Bucks Lane Bridge. The width of the brook was expanded to facilitate better water and sediment flow. After the current $2.4 million phase is completed, a third $1.2 million phase will bring the restoration further up Gulf Brook.

“The Gulf Brook stream restoration project has already started, and we’re still working on that under the premise that bridge, roadwork and flood safety makes that an essential project,” Keene town Supervisor Joe Pete Wilson Jr. said Thursday. “Right now, we don’t have any other projects in the hopper — so we don’t have anything that we’re planning, postponing or delaying.”

Faced with what Wilmington town Supervisor Roy Holzer has described as a “bleak” financial outlook facing every level of government, the town is clamping down on spending and reevaluating how capital projects will be paid for.

“Towns are looking at an immediate 17% decrease in any state reimbursements,” Holzer said in an email. “This decreased amount will have a direct impact on our town budget. Basically, we planned on getting the money in our budget, and now we won’t or it will be taking a very long time getting normal payments due the town. Our fund balance is modest but certainly not great.”

When a town receives a grant from the state, the town is typically expected to spend its own money on projects and is later reimbursed by the state. With decreased or slow reimbursement, Holzer said that could mean re-bonding the town’s $1.5 million dam project — a third of which was expected to be funded through a grant.

State funding for road work “will more than likely be in jeopardy as well,” Holzer said. The town was expecting to receive $20,000 toward road repair.

Holzer has also called on department heads, staff and contractors working with the town to limit purchases and limit overtime.

“Only projects we are absolutely committed to will be continued at the moment,” he said. “The work at the Preston field can continue because those funds come from a private donation. All overtime must be limited to public safety.”

“As bad as this sounds, I actually believe that once this is over we will see another growth increase in our area similar to what occurred in Wilmington after 9/11,” Holzer added. “People look at our area as a safe haven from a scary world. They long for the kind of life we take for granted here in the Adirondacks. Things will get better. We just have to ride out this storm and keep a positive attitude.”