One CO tests positive, about 20 workers placed in quarantine 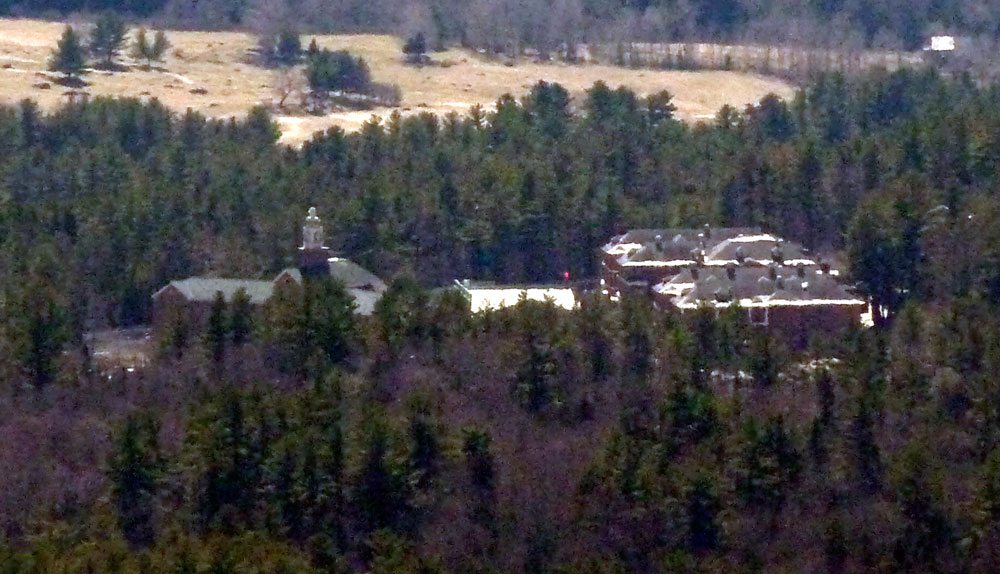 Adirondack Correctional Facility in Ray Brook is seen in April 2016 from Haystack Mountain. It was originally built as a state tuberculosis hospital. (Enterprise photo — Peter Crowley)

RAY BROOK — A corrections officer at Adirondack Adolescent Correctional Facility has tested positive for COVID-19, and around 20 workers at this state prison for teenagers have been placed in quarantine.

The Enterprise has received multiple tips about this news for the past six days and on Tuesday got confirmation from a staff member at the prison, who did not want to be named for fear of retribution for talking to the press. The state Department of Corrections and Community Supervision will not confirm positive COVID-19 cases at specific facilities. DOCCS has only been releasing statewide infection numbers for “security reasons.”

The facility became an adolescent prison in 2018 for inmates between 16 and 18 years old. It currently houses 13 inmates and has 84 staff remaining, not including the 20 who were quarantined, the anonymous staff member said. This person said the facility needs a minimum of 61 officers to operate.

The staff member said a male corrections officer tested positive for COVID-19 at Adirondack Medical Center in Saranac Lake last Wednesday, April 1, but is not counted in the Essex or Franklin County infection numbers because his official address is in Queens.

The source said this corrections officer did not display many symptoms but got a test March 31 at the prison’s request because he had gone home after experiencing a slight cough on the job early last week. This officer works as an emergency medical technician in Queens on his time off from the prison and was last there in late March, according to source.

“There’s a lot of officers that were around this person prior to him being a confirmed case,” the source said.

This staff member said few employees at the prison were notified about the positive test.

This staff member said things are “dicey” inside the prison and that social distancing is next to impossible.

“I know a lot of guys are fearful, but I think it’s also put fear into our family members,” the staff member said.

The source knows of officers who are limiting contact with their families by staying in campers, basements or sleeping on the couch while they are home.