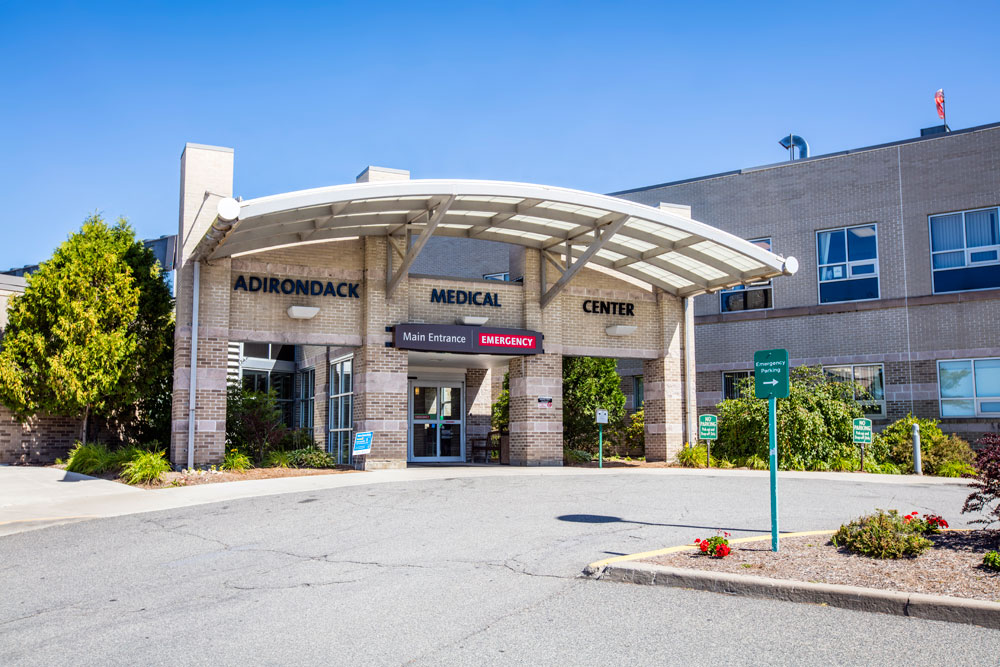 SARANAC LAKE — There were many challenges to delivering quality health care services in sparsely populated rural regions before the novel coronavirus. But many North Country hospital administrators now find themselves in a daily balancing act. The stakes are high.

The pressure includes new state guidelines designed to bolster hospitals’ intensive care unit capacity in the face of an anticipated influx of COVID-19 patients. At the same time, hospitals had to cut revenue-producing services as a result of the outbreak.

Leaders of Adirondack Health, a Saranac Lake-based health network, say they appreciate $1.9 million they received in federal aid, but that it isn’t enough to cover more than about three weeks’ worth of financial losses.

They haven’t laid off or involuntarily furloughed any of their staff, although they have offered some voluntary furlough options. But many North Country health networks have taken more harsh measures.

The St. Lawrence Health System announced Friday it will furlough at least 400 workers, 20% of its staff. Samaritan Medical Center in Watertown announced this week it will furlough 230 people, approximately 10% of its employees. Claxton-Hepburn Medical Center in Ogdensburg placed nearly 70 employees, about 8% of its 850 member staff, on unpaid leave last week. On Wednesday, Carthage Area Hospital began a two-day process of putting an undisclosed number of employees on unpaid leave. Elizabethtown Community Hospital has furloughed 25 people. Two weeks ago, Hudson Headwaters Health Network, based in Warren County, furloughed 85 non-clinical staff members.

Adirondack Medical Center in Saranac Lake, Adirondack Health’s primary hospital, has been around for more than a century. This isn’t the first time its administrators have faced a pandemic.

The hospital, once called the General Hospital of Saranac Lake, was first established in 1913 — just a few years before the 1918 flu pandemic. Throughout the years, the hospital also conducted surgeries on patients who traveled here to get treatment for tuberculosis. The hospital was renamed AMC after merging with Placid Memorial Hospital in 1989 in an effort to cut expenses, pool resources and deliver more services.

Adirondack Health Chief Financial Officer Robert Laba said rural hospitals already face higher costs for materials because they purchase less and don’t get the same volume discounts as others. They also have a larger population of older and low-income patients on Medicare or Medicaid, which have low reimbursement rates than private insurance.

There are other services the hospital provides that don’t generate much revenue, but hospitals such as AMC have found a way to pay their employees and offer those expected services by providing elective surgeries and medical imaging.

COVID-19 has derailed that steady income. Hospitals are now looking to the federal government for help.

Congress passed the $2.2 trillion Coronavirus Aid, Relief and Economic Security Act last month. The CARES Act set aside $100 billion for hospitals and community health centers. The U.S. Department of Health and Human Services allocated the first $30 billion based on traditional Medicare payments received in 2019, a decision that was expected to let the department disburse funds more rapidly. But that decision has been criticized across party lines, with lawmakers in both major parties saying the way the funding was allocated benefits hospitals with larger populations rather than those most burdened by COVID-19 caseloads.

U.S. Rep. Elise Stefanik, a Republican from Schuylerville whose district spans the North Country, said on a conference call with reporters Thursday that allocating that funding based on Medicare payments in 2019 doesn’t reflect reality.

“That is not reflective of where they are today, and the significant budget hole they have because of the elimination of elective surgeries at this time,” she said.

Stefanik has joined other New York representatives to push HHS to find another way to allocate the rest of the coronavirus relief funding.

“It’s going to be very important for this additional 70% of the funds included in the CARES Act to be based on the data of today,” she said on another conference call with reporters Friday. “If you are a hospital in New York state, you are in a very different set of circumstances than hospitals in states that were not hit.”

AMC received $1.9 million from the CARES Act last week, according to Laba. Though that sounds like a lot of money, he said it represents “just two-thirds of one month’s worth of what we’ve lost in revenues, and our expenses.”

“We’re very grateful to have it,” Getman said of the first round of CARES Act funding. “But it’s not nearly enough. It doesn’t even cover one month of what we’ve lost.”

Adirondack Health’s surgical volume has plummeted by 70% since March 23, according to spokesman Matt Scollin. In tandem with the decline in surgeries, the hospital has seen a decline in imaging services of roughly 50%.

At the same time, hospitals have been directed by the state to expand their capacity by 50%.

“We had to be ready at any moment with all the equipment, supplies and staffing for more than 50% of our normal mode of operation,” Getman said.

The hospital is facing multi-million-dollar losses in the next few months, according to Scollin.

AMC isn’t alone in that.

Elizabethtown Community Hospital saw its revenue cut in half after the suspension of elective surgeries, according to spokeswoman Elizabeth Rogers.

According to the chief financial officer of the Alice Hyde Medical Center in Malone, Christopher Hickey, the hospital lost approximately $1 million in revenue in March alone after suspending elective surgical procedures, office visits, rehabilitation work and a wide variety of other medical services.

“While we know these financial impacts will continue and are likely to grow in April and May, it is too early to speculate on the specific size of those impacts,” Hickey said.

Rural hospitals around the country are in a fragile state, Getman said.

“We operate on thin or no margins. We either break even or lose money, and these fragile hospitals to start with are really taking a significant blow,” she said.

But something rural hospitals have that city hospitals don’t is a rural community that’s known to rally and get through things together, according to Getman.

“I think it’s what rural communities do best: Work together when times are good and times are hard,” she said.

No matter the financial pressures felt by the hospitals, they exist to care for people, Getman said.

“We will do everything in our power to make sure people are safe,” she said.