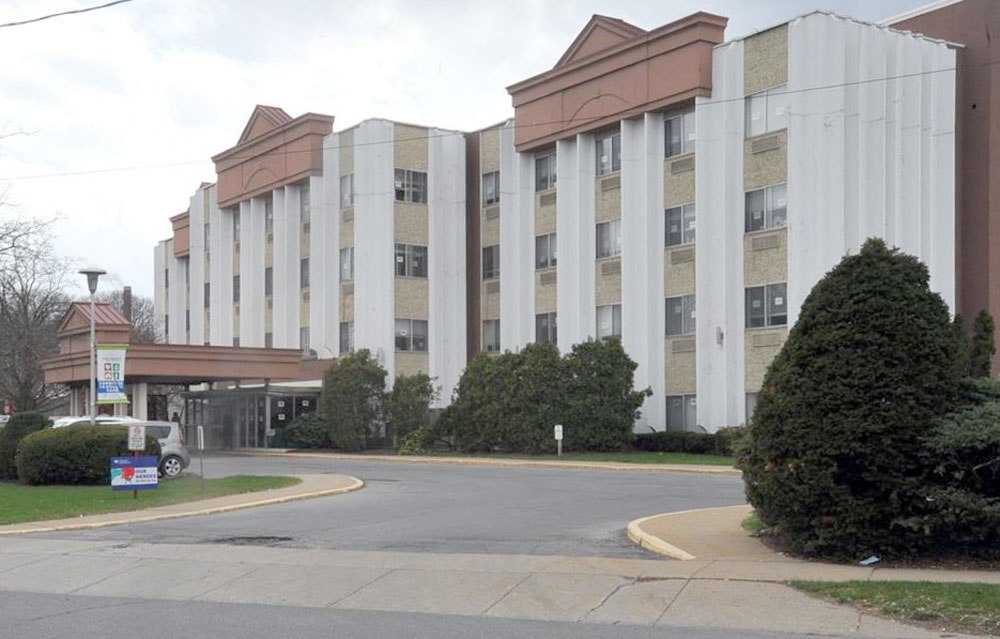 The Pines nursing home in Glens Falls has had numerous coronavirus cases. (Provided photo — Will Doolittle, The Post-Star)

It is perhaps the worst place for coronavirus to hit: an ambulatory Alzheimer’s wing of a nursing home.

But that’s where it has struck at Fort Hudson, a facility in Fort Edward.

The virus is also sweeping through the top floor of The Pines at Glens Falls, one side of The Landing at Queenbury and most of Glens Falls Center.

Two residents of The Pines died over the weekend, a Landing resident died last week, and two others have died at Glens Falls Center.

But the scary part is the number of residents who are ill.

In the same time period, 32 members of the general community — not nursing home residents — have tested positive through the testing drive-in facility at the Warren County Municipal Center.

In other words, the infection rate is rising far more sharply inside the nursing homes than it is outside.

Nursing homes are now reporting their cases to the state Department of Health, which is communicating with each county public health office. The state is only issuing a public list of nursing homes with more than five fatalities.

Local public health offices are including the positive cases in the daily updates but are not breaking out the number of nursing home residents who test positive. However, public health offices and Glens Falls Hospital are announcing the number of people who test positive outside of the nursing homes, allowing people to come to the right calculation anyway.

The situation has led to multiple families and some nursing home residents reaching out to the Post-Star for updates. They want to know exactly how many people are ill in their loved one’s nursing home. The state has ordered nursing homes to tell them, but information has not been forthcoming from the many homes owned by Centers.

Centers declined to comment for this story and would not offer any coronavirus statistics.

Meanwhile, Fort Hudson has been publishing its daily infection count on Facebook.

S Wing is the ambulatory Alzheimer’s wing. Workers there are wearing full protection and are staying on that unit during their shift — but are working on other units on other days.

One rehab resident is essentially barricading herself in her room in an effort to avoid the virus. When an aide comes to help her, she won’t let them in until they tell her if they’ve worked in S wing.

If the aide has worked there, the rehab patient does without that aide’s help.

The rehab resident is more independent than some long-term nursing home residents, who need help with basic tasks like toileting. So she can refuse aid more than others.

“In the past 12 hours I have refused to let two people care for me, or for that fact to even be in my room because of exposure,” resident Cyndi Mandolare said. “As soon as a float (aide) comes in my room to take care of me, I ask where they are coming from and when is the last time they were on S wing.”

She isn’t well enough to go home yet, but said staying in the nursing home was like “living a nightmare” during this pandemic.

Fort Hudson CEO Andy Cruikshank said he is aware that people are in real fear for their lives.

But he added that he can’t keep the same staff on S wing every day.

“But, honestly, people working on that unit need a break. They are working at the speed of sound,” he said. “It is not a population where we can simply say, ‘Please stay in your room.’ We spend a tremendous amount of time doing our best to enforce the isolation and keep people separated.”

Residents on the wing often can’t comprehend the issue or remember to stay isolated, he said.

Gov. Andrew Cuomo has said repeatedly that nursing homes should transfer residents to all-coronavirus facilities downstate if they cannot keep them in quarantine.

But Cruikshank said that wouldn’t change the outcome for the Alzheimer’s patients who are sick, and he doubted it would lessen the chance of the virus spreading to other parts of the facility.

“The risk we have to other units is no different from the risk we had to S wing initially,” he said.

And what he’s found is that there’s no foolproof way to keep the virus out of the building, because some people can have it for days or even weeks without knowing it.

“We have a very highly susceptible population and isolation procedures are not new to us. Flu, MRSA, we have successfully kept at bay even though they are highly transmittable,” he said. “This virus is not like those. It transmits so, so easily.”

And because people can be contagious without having symptoms, he said, “You can screen all day long” but it won’t help.

He’s frustrated by the way Cuomo has responded to the growing nursing home problem.

“I’ve been extremely disappointed with the portrayal the governor has made of nursing homes and their capacity. The lack of understanding how nursing homes operate,” he said. “As much as he initially expressed concern over this vulnerable population, I am hard-pressed to see anything specific that he’s done other than blame nursing homes for being unable to prevent the spread of virus that has gone worldwide.”

While nursing homes are now focusing on caring for residents who have the virus, they are also struggling with how to handle end-of-life visits.

But nursing homes are also allowing family members to don protective gear and stay with their loved ones at the end — even for days.

Cruikshank said he has already allowed several family visits for infected patients on S wing. They are taught how to wear protective gear and are not allowed to go anywhere except the patient’s room. “I think it’s a reasonable risk,” he said. “It’s tremendously valuable to the family and the resident.”

Still, as he watches the virus march through his facility, he said he thinks the community would have reacted differently four months ago if it had known then what he is seeing now.

“Had we known what we know now, the world would have stopped turning,” he said.