Liquor stores sell out as people stock up for coronavirus 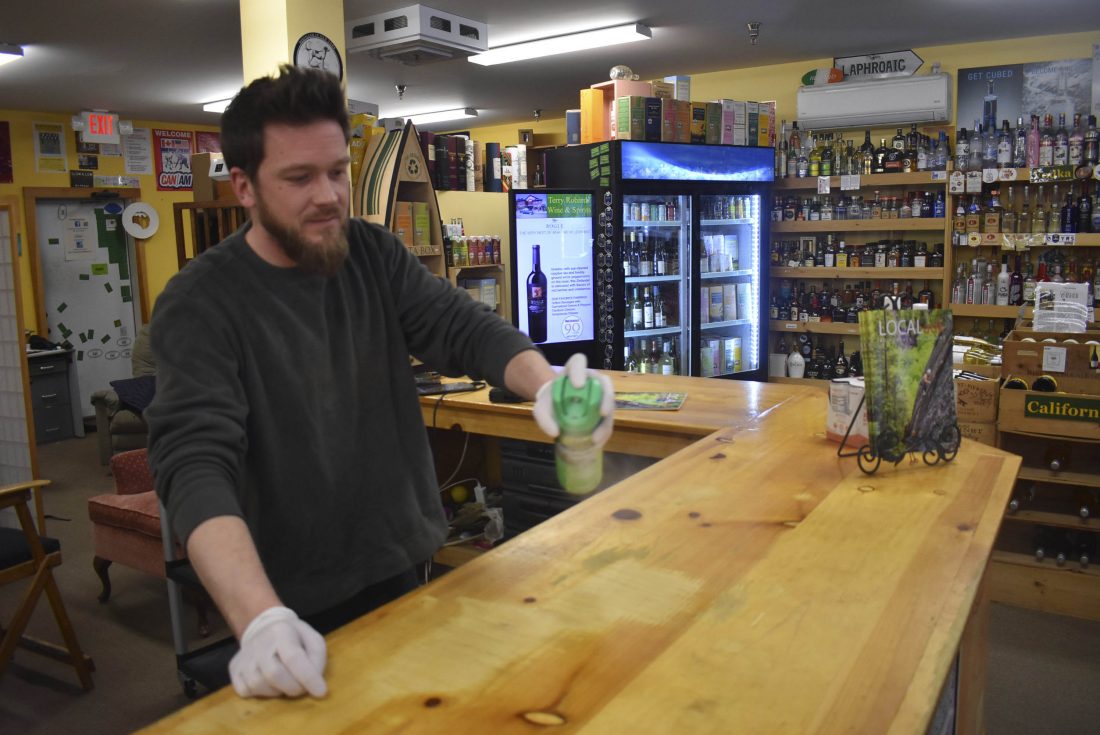 While many Americans rush to supermarkets and clear out stores of disinfecting wipes, hand sanitizer and canned goods, they’re also stocking up on alcohol.

“Tito’s vodka is like my toilet paper,” said Tim Robinson, owner of Terry Robards Wine & Spirits in Lake Placid. “I’ve been completely cleaned out. At the distributor level, boxed wine is sold out. There is nothing available for us to order. People are buying in bulk. Someone might come in for one box, and that turns into three or four.”

With so many bars and restaurants shutting down or abiding by takeout-only state mandates, many people are flocking to liquor stores for their chardonnay, vermouth and whiskey. The industry is seeing a nice uptick in a normally slow season, and local liquor stores are experiencing one of the few benefits of the coronavirus pandemic.

Liquor stores often see the most profits toward the end of the year around Christmas and New Year’s Eve. Robinson said the past week has mirrored those numbers.

“The past six days alone have been insane,” he said. “It’s definitely worth it, but a lot of places are not in same situation as I am.” 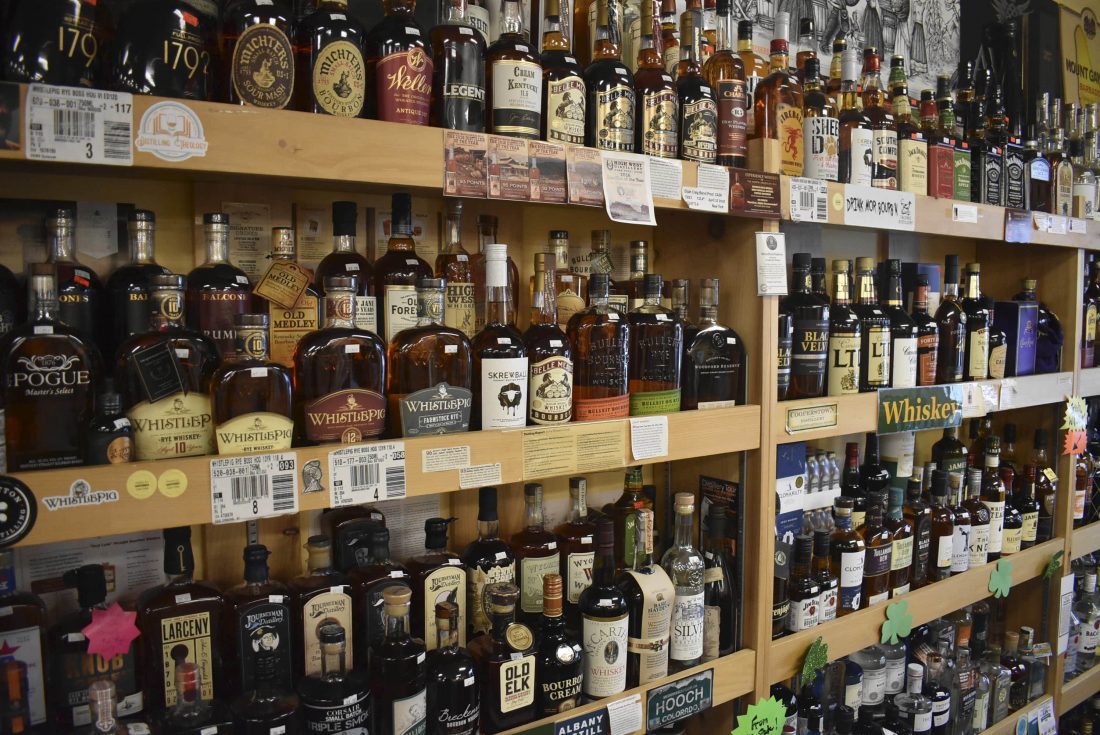 “I think it was from the panic that liquor stores might have been forced to shut down, but they weren’t,” he said. “People kind of cleaned out the market.”

As of Sunday night, Gov. Andrew Cuomo ordered all non-essential businesses close and asked many workers to stay home. That included places like hair and nail salons, tattoo parlors and plenty of retail stores.

Tatro also owns the Ray Brook Brewhouse, which he had to shut down entirely. He said it put a dozen people out of work.

“The liquor business is fine. It’s strong,” he said. “But this whole thing put a kibosh on the brewery.”

It’s not business as usual, though. Store owners are taking precautions to make sure their shops are clean and sanitary. Robinson said he’s proud of his hygiene set up at his shop. He has disposable gloves right as customers enter, there’s hand sanitizer next to the cash register and he keeps a bottle of disinfectant spray on the counter.

“We’re wiping down credit card terminals and doorknobs a little more,” he said. “We’re being cautious and taking a step back from people. We’re a small store, but at most it’s only ever two or three people in here, not like 20 or 30.”

He said the way sales are going, it feels more like a summer month and not the middle of mud season. Like Robinson, he also said box wine is a hot commodity, and most shoppers are buying multiple boxes at once.

Though business has been good these past few days, Eckardt said numbers should return to normal soon.

“I think people are stocked up now, and it might even out,” he said. “I might not see a lot of people for a couple of weeks.”

Robinson said it can feel strange being one of the more successful businesses in economically fraught times.

“It’s emotional for me to drive down Main Street and see every business closed,” he said. “My friends in the local restaurants are suffering. I try to take care of people and cover some costs as much as I can.”

Robinson said someone recently came into his shop and dropped off money and gift certificates to restaurants. He’s been using money to buy people’s wine, and he has a few needy people in mind he can give the certificates to.

“It’s amazing the generosity, the random acts of kindness and the outpouring that’s happening,” he said.