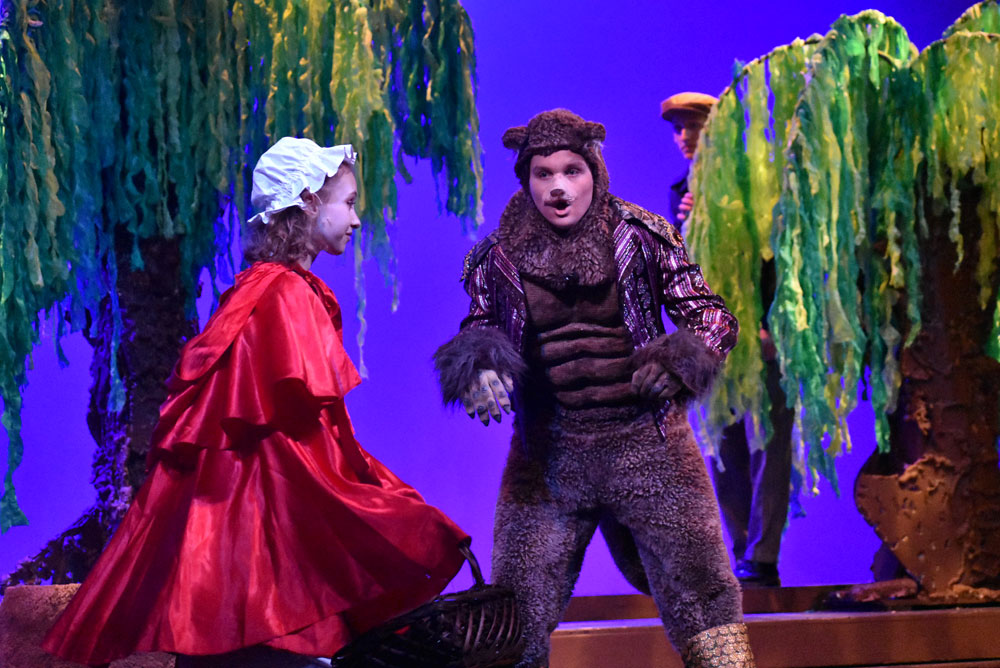 Teachers Brenden Gotham and Taylor Prosper painted sets for Lake Placid High School’s production of “Cinderella” Saturday night. They dipped brushes and created a fairy tale world. A feeling in the pit of their stomachs filled them with uncertainty, but they kept painting anyway.

“I look at all the athletic events and school events that were canceled, so this is pretty normal right now,” Gotham said. “It helps put it in perspective.”

The stages were set. The costumes looked fantastic. All the actors knew their lines. But there will be no shows anytime soon because schools across the state have closed to prevent spreading the novel coronavirus.

Both the Tupper Lake and Lake Placid high school musicals have been called off for now — “Into the Woods” and “Cinderella,” respectively. Tupper Lake’s musical was scheduled for this weekend, and Lake Placid’s was set for the next. Saranac Lake managed to stage two of its three public performances of “Little Shop of Horrors” just before the district switched to distance learning. 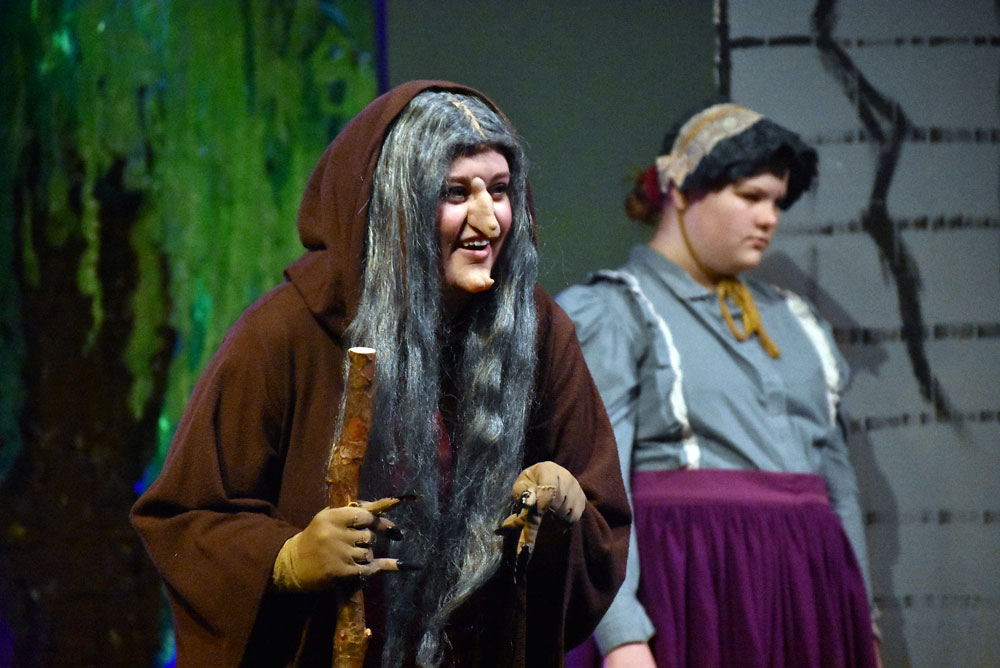 “It’s very disappointing not to be able to perform it this week,” she said. “Our hope is that we’ll be able to get it back on its feet and perform it when we come back. We’re looking at it as more of a postponement rather than a cancellation.”

“Into the Woods” is a Stephen Sondheim show that focuses on multiple fairy tale characters and the wishes they desperately want to come true. The baker and his wife want a baby. Cinderella wants to go to the festival. Little Red Riding Hood wants to see her grandmother. Rapunzel wants a prince to come and save her. And Jack, of the beanstalk fame, wants money so he doesn’t have to sell his best friend — a cow named Milky White. However, those seeking a happily-ever-after should be careful what they wish for.

The show was looking to be a big production for Tupper Lake. Only every few years does the theater go all out with spending money to design a set and rent costumes.

As the wolf, Lowden Pratt dons a head-to-toe furry costume with six-pack abs and face putty to look more animalistic.

“It smells like burnt chocolate,” he said of the fake snout. “This is my first time ever needing face prosthetics. Breathing is kind of hard, so I’d imagine singing and acting will be a little bit more challenging.” 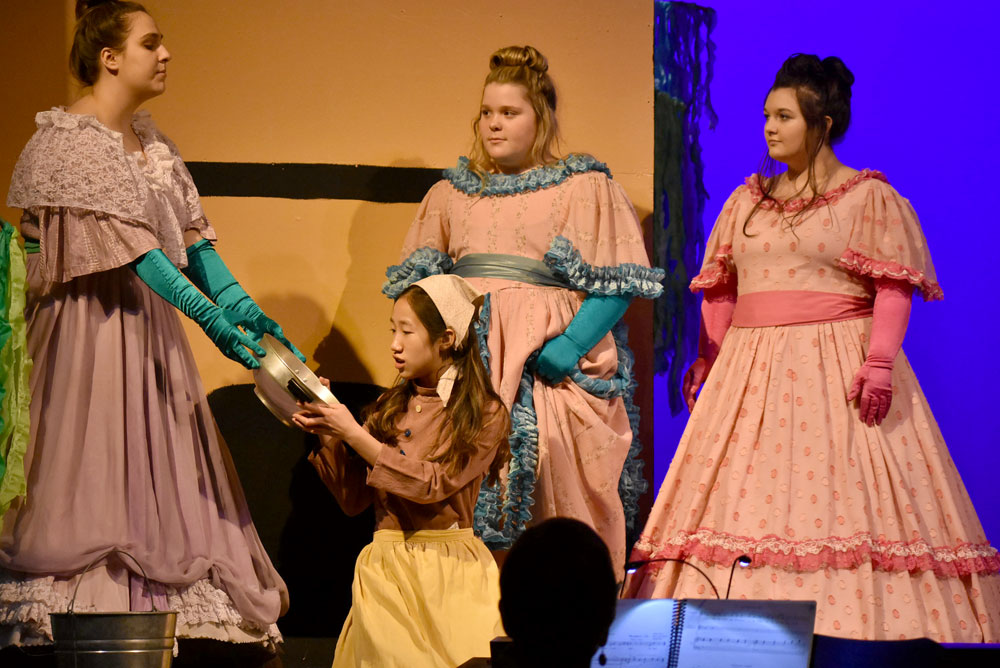 As the witch, Danielle LaMere carries a staff, wears flesh-colored gloves with gangling fingernails and has a long, warty nose. She also uses a device strapped to her wrist that blinks, to make it look like she’s casting spells.

The music is different compared to previous Tupper Lake productions. The characters aren’t so much singing as they are having rhythmic conversations, and they tend to talk over each other in multiple-part harmonies.

“Stephen Sondheim is an extremely difficult composer,” Cordes said. “His music, as wonderful as it is, is crazy hard. This has been a challenge that the students have all risen to.”

The school shutdowns will last at least until the end of April. Cordes said she’s confident her students can prepare for the show again.

“I’m sure they’ll be a little rusty, but they’ve been working on it for so long, and they have all the materials with them,” she said. 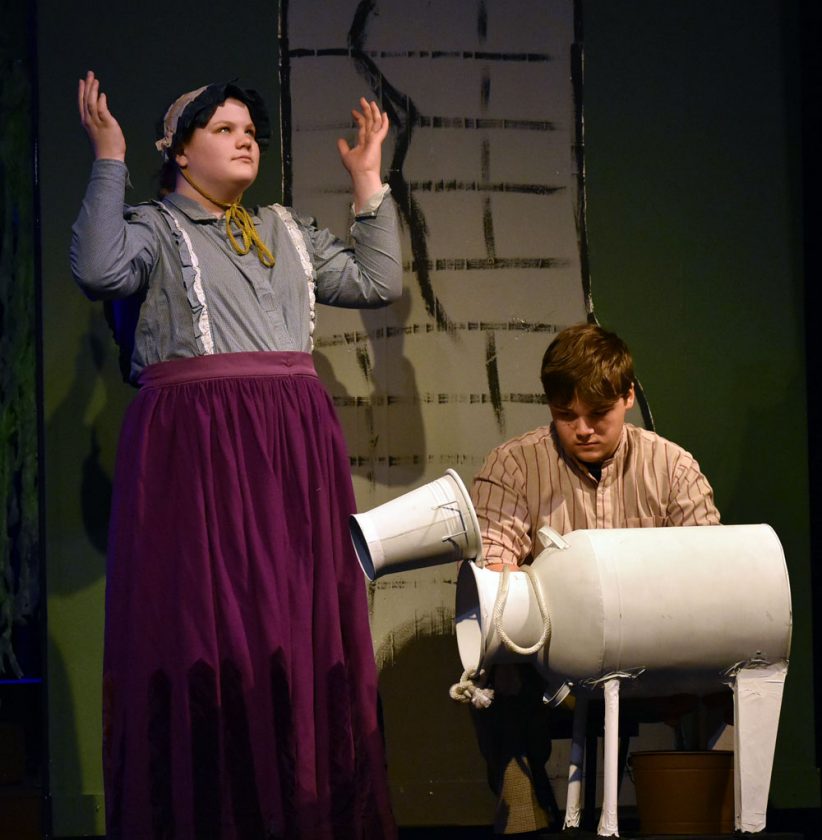 This is the first time Cordes has had to call off a show.

“We haven’t done it for any reason in the past,” she said. “We’ve had people get sick and are unable to sing, but this is unprecedented.”

The students were excited to perform. Stephanie Fortune, a senior who plays the baker’s wife, said at a rehearsal she likes hanging out with the other student-actors and seeing familiar faces every day. Pratt said he relied on after-school activities to fill his time.

“If it wasn’t for this and sports, I’d probably just stay home all day after school,” he said.

Lake Placid has been working for the past few months on “Cinderella,” the classic fairy tale of a young woman mistreated by her evil stepmother and stepsisters. All she wants to do is go to the ball like everyone else.

When Prosper got news the show wouldn’t go on, he said he was disappointed. This would’ve been his first show as musical director with Lake Placid, as well as Gotham’s. Normally, Gotham directs the straight plays in the fall.

“Throughout all the rehearsals the kids were very excited to put on the show,” Prosper said. “The coronavirus has been a developing thing, and the students haven’t let it crush their spirits on stage.”

“It makes you appreciate how hard the kids work and how wonderful the rehearsal process is,” Gotham said. “It’s still incredible to watch them grow, even if they don’t get to perform. The performance is just the icing on the cake.”

The two said they’d like to perform the show when school gets back in session, but they might run into trouble as to where they can hold the production. Lake Placid Middle-High’s auditorium was scheduled to be renovated after “Cinderella.” The school would have to find a new venue for the students to perform during those renovations.

Senior Annie Smith plays the fairy godmother. She’s been acting in the high school plays since she was in sixth grade.

“It’s kind of disheartening I might not perform in my last year, but it makes sense in the general scheme,” she said. “The world is going nuts right now.”