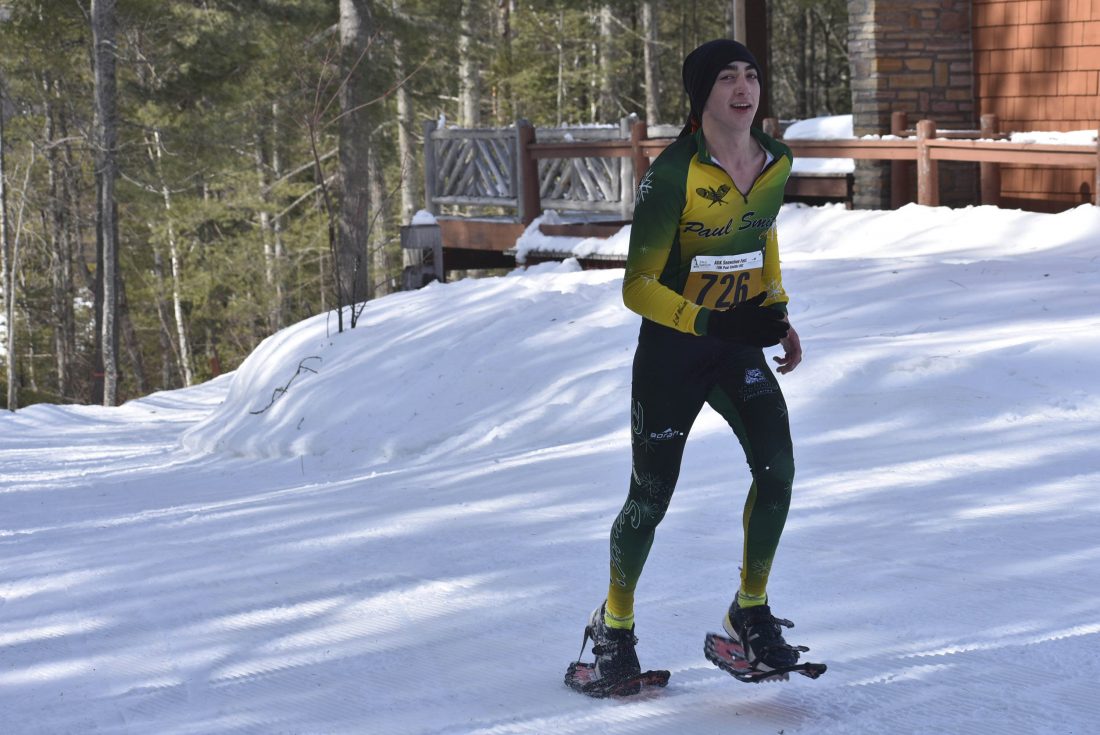 PAUL SMITHS — Freshman snowshoe runner Zack Sprott-Scribner crossed the finish line and immediately crashed to the snow. He may have been messing around just a little bit, but that didn’t hide the exhaustion in his face and body. Fellow Paul Smith’s College freshman Sam Finger was only a few minutes behind, breathing heavily with sweat dripping from his forehead.

This past weekend, Paul Smith’s College and the Dewey Mountain Recreation Area in Saranac Lake hosted the third annual Adirondack Snowshoe Festival. People came from all over the state — Syracuse, Saratoga, Albany — to compete and enjoy the winter activities.

The event kicked off Friday with a lighted ski and snowshoe jam at Dewey Mountain, and on Saturday, 21 runners competed in the snowshoe races there. There were also snowshoe training clinics and a scavenger hunt for casual runners.

On Sunday, the Paul Smith’s College VIC hosted 5-kilometer and 15-kilometer races. John Dimon of the Human Power Planet Earth bike shop in Saranac Lake was there offering free rides on fat-tire bikes and kick sleds, which are kind of like scooters for snow and ice.

This is college junior Kelly Bosloper’s first year on the Paul Smith’s team. She has run cross country for the past six years and said even though the two sports are similar, they vary quite a bit. 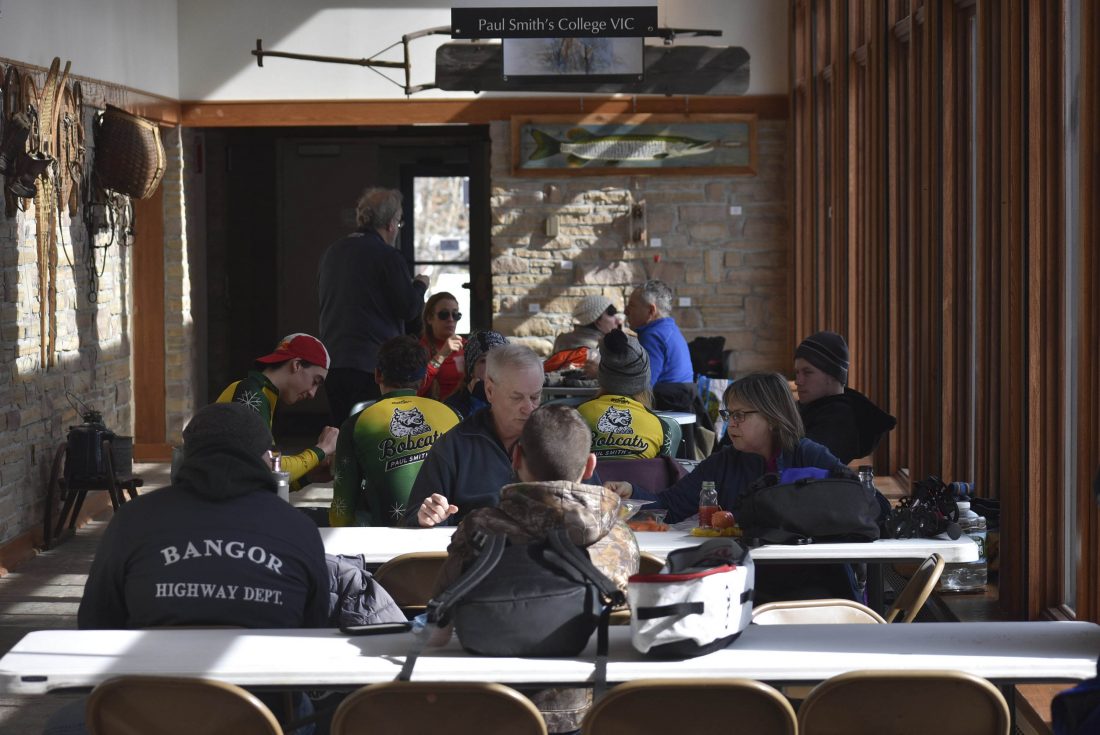 “The difference is you’re sinking into snow sometimes, not like coming in finished with mud all over you, which is what I’m used to,” she said. “It’s kinda hard.”

Today, the team leaves for the U.S. National Snowshoe Championships in Leadville, Colorado. Bosloper said she’s excited to compete at such a high level in her first year.

Senior Margret Montag has been on the snowshoe team for her entire college career. She first joined the soccer team, and her coach told her to snowshoe to help stay in shape during the offseason.

“I ended up being pretty good at it as a freshman, and I stuck with it,” she said. “The uphills are the hardest part. It’s weird because your snowshoes flop a little bit, so you can trip going up hills, you can fall going down hills. There are times where you actually have to slide down the hills like you’re on skis.” 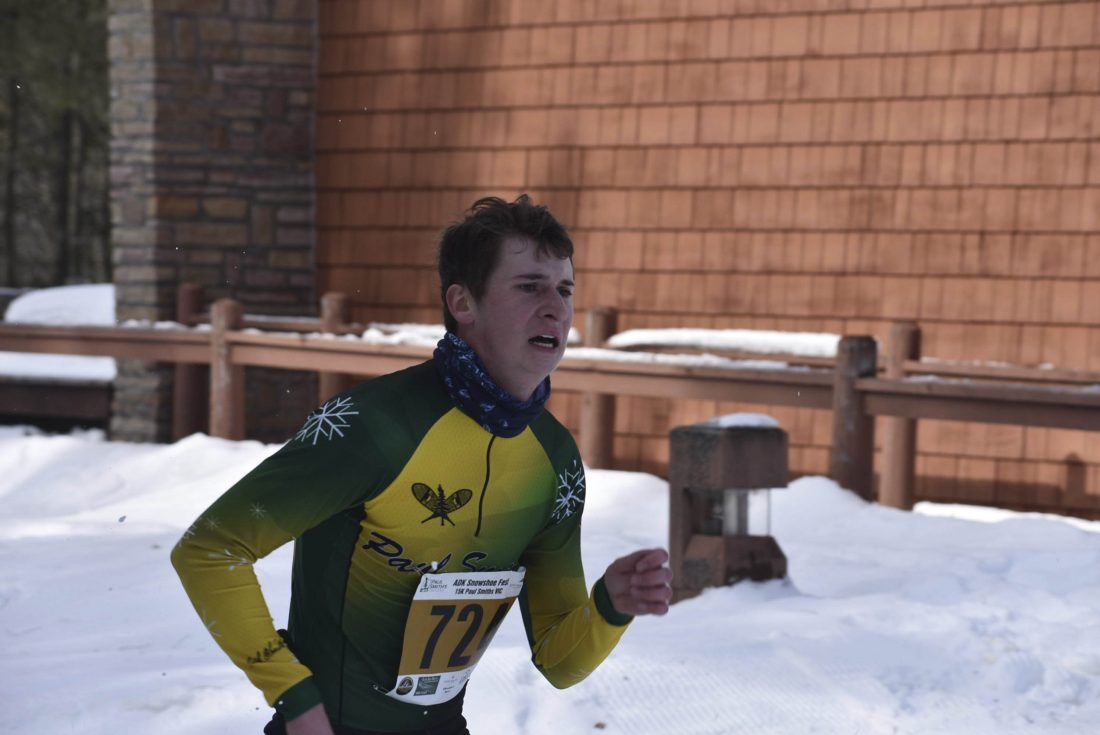 “The runner’s high is different from normal running,” she said. “It’s better. You feel more accomplished after the race.” 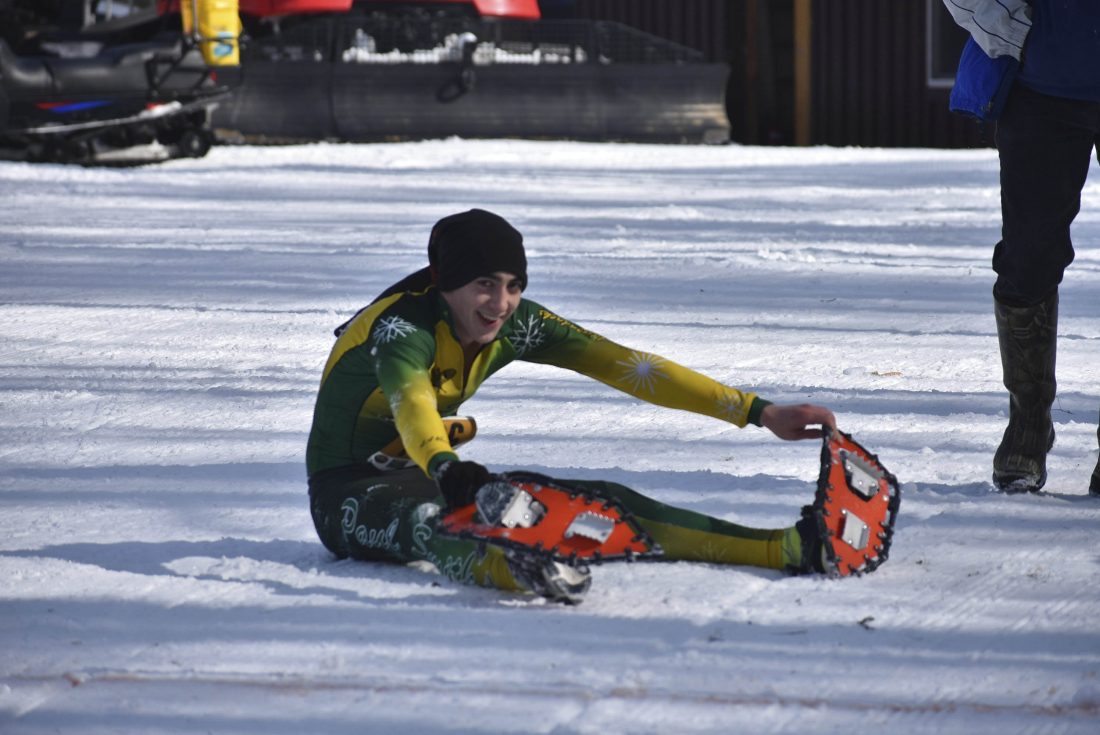