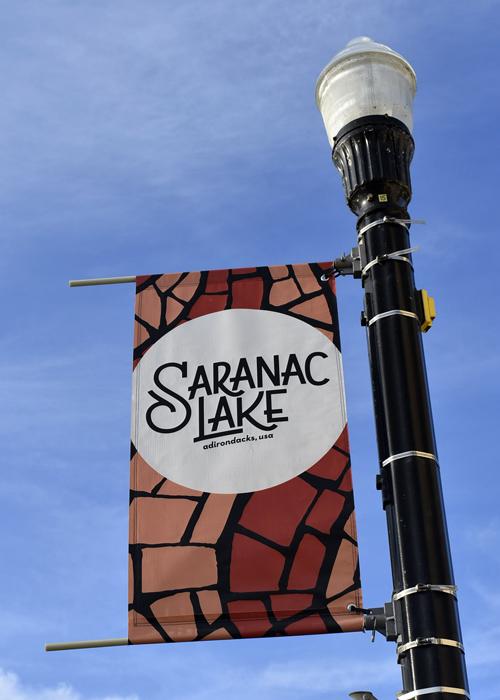 SARANAC LAKE — Leaders in the Regional Office of Sustainable Tourism, the Franklin County Local Development Agency and the village government all say they want to ensure the success of Saranac Lake. However, there were some disputes over who has what role in terms of marketing and promotion for the village — specifically, who runs and manages saranaclake.com and its social media accounts.

Village Trustee Rich Shapiro said he facilitated a meeting between the two marketing groups on Friday, Feb. 14. He brought in ROOST CEO Jim McKenna and Chief of Staff Mary Jane Lawrence and LDC Executive Director Jeremy Evans. Evans and McKenna signed a document saying ROOST will continue to manage saranaclake.com, and both groups will contribute to the social media accounts under the “Decidedly Different” brand ROOST established in 2018.

Shapiro said he wasn’t there representing the village and that the rest of the Board of Trustees, village Manager John Sweeney and Clerk Kareen Tyler, are aware of the meeting.

“It’s a new arrangement, so people are trying to feel out how they’re going to work together,” he said in an interview Sunday. “They have to work together for everybody’s benefit, for Saranac Lake’s benefit. If there’s not cooperation and communication, then everybody loses. The meeting was to get that communication going and get everybody on the same page so that we have a unified message.”

The document isn’t anything official. Evans called it a statement of intent.

“It wasn’t signed by my board,” he said. “It’s an attempt to clarify the situation.”

Confusion and disagreements over Saranac Lake’s digital assets started after the LDC was awarded the Franklin County tourism contract in December 2019. ROOST had previously held that contract for five years. ROOST submitted a bid initially, but the county rejected it. During the second round of bids, ROOST didn’t submit anything.

Saranac Lake is in the unique position of being both in Franklin and Essex counties. ROOST has a contract with Essex County, which is paid for by a 3% occupancy tax. The village also has a separate $12,500 contract with ROOST. So it was unclear who was allowed to contribute to the village’s digital assets.

The LDC is the sister group to the Franklin County Industrial Development Agency. They are independent entities, not county departments. The LDC is a nonprofit group, and the IDA is a corporate benefit company whose board of directors is appointed by the county legislature. The LDC and IDA have the same board of directors.

“The only disagreement was we thought that the digital tools were owned by the community, not ROOST or anybody else,” McKenna said in a phone interview Monday. “Other than that, we’ve been on board (from) day 1 and the LDC as well. We have to do this together, and that really is the only approach that we’re taking.”

McKenna said even if ROOST starts a social media account for a place, his group doesn’t own it.

“They’re the community’s assets. That’s always been our position,” he said.

In a phone interview Thursday, Evans said the LDC and ROOST are working on how best to market Saranac Lake.

“A lot of what we’ve been working on is transferring data, content and access to social media from them to us. Because they created so much stuff over the five years that they were the county’s contractor that the county and we want to be able to utilize, it’s a big undertaking to get that all transitioned over.”

(CORRECTION: An earlier version of this article inaccurately reported that the village of Saranac Lake owns SaranacLake.com and its related social media accounts; the website is actually owned by the Saranac Lake Area Chamber of Commerce. The Enterprise regrets the error.)