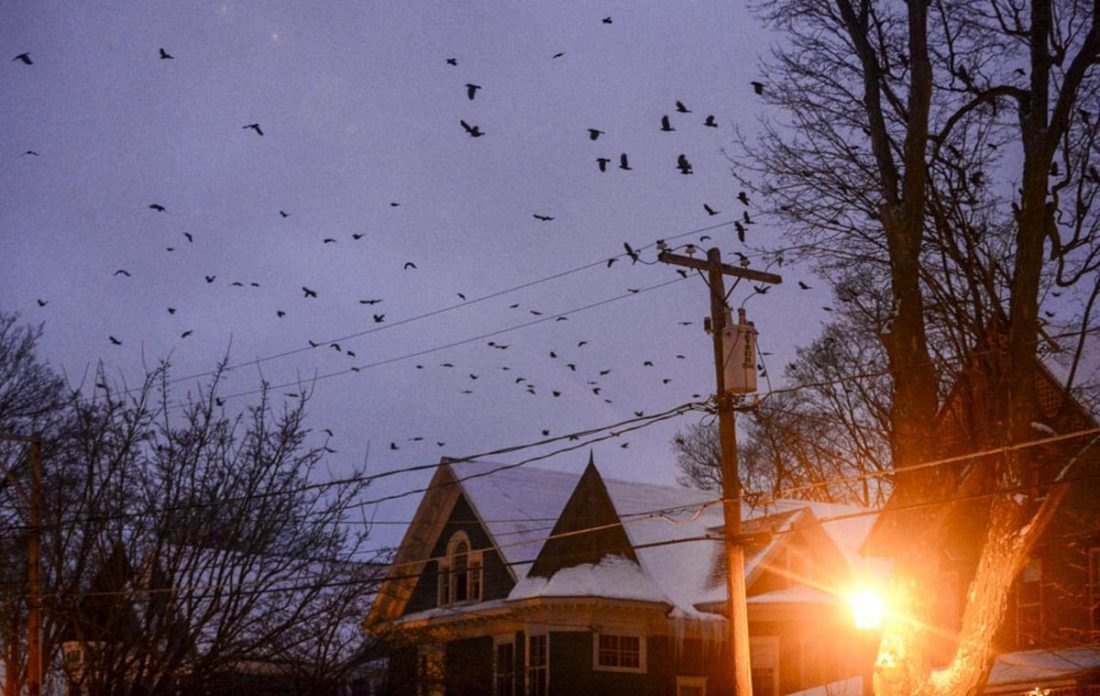 WATERTOWN — The crows have not returned to roost along northern Washington Street since wildlife biologists shot and killed 18 of the birds Thursday night.

Geoffrey Urda, who arranges for a consultant to conduct the hazing, has noticed that the crows have not been back roosting in trees near City Hall, the Flower Memorial Library and other nearby buildings since the crows were killed during hazing efforts on Thursday night.

He did not see them around on Saturday, Sunday and Monday night, although he would not speculate whether the lethal means were the reason for the crows not roosting along Washington Street.

The crows have been seen flying in circles high in the sky, seemingly confused, but not landing in the trees. There were some spotted along Clinton Street, however.

The temperatures were not as cold the last couple of nights, so that warmer weather could also have kept the crows from coming into the city.

Urda said he notified Loomacres biologists that they would not be scheduled to return this week for more hazing efforts, but expected them to come back one more time to Watertown before the season is over.

Out for about three hours on Thursday night, the biologists from Loomacres Wildlife Management, Warnersville, killed 18 crows with high-powered air rifles.

They hope the crows would get scared off when they saw their comrades shot, fall from the trees and lay on the ground dead.

Previously, they’ve tried to use the same hazing methods as in past years, but the flocks of between 10,000 and 15,000 crows just didn’t want to budge this winter.

Mayor Jeffrey Smith called for the lethal means a few weeks ago during a City Council meeting.

After the mayor suggested killing some crows, People for the Ethical Treatment of Animals, or PETA, came out to oppose shooting crows to scare off the remainder of the roost.

A PETA official warned not to count on getting rid of them. Crows like to be in urban settings, she said.

For years, thousands of crows have spent the night roosting in trees around the city. In 2016, 20 crows were killed by air rifles.

The other types of hazing includes the use of spotlights, specialized remote-controlled aircraft, playing distress calls, firing pyrotechnics and using hand-held lasers and paint ball markers. Until now, high-powered air rifles had not been used.

City officials have been worried about the health risks of the crow droppings.