Scott Hamilton returns with new event at oval this February 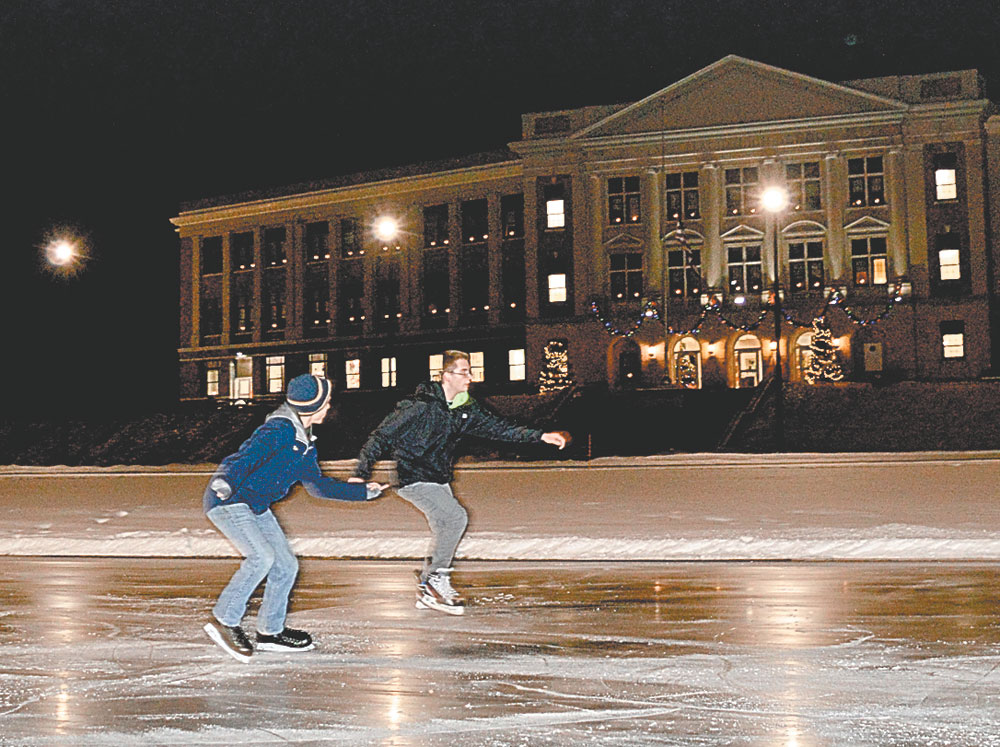 People skate during a public session at the Olympic Speedskating Oval in Lake Placid in December 2016, with Lake Placid Middle-High School lit for the holidays in the background. (Enterprise photo — Antonio Olivero)

LAKE PLACID — An Olympic figure skater is set to land in Lake Placid next month to host a benefit for the local hospital.

Scott Hamilton, who won a gold medal at the 1984 Winter Olympic Games in Sarajevo, Yugoslavia, will headline the Frozen 5K on Feb. 18 at the Olympic Speedskating Oval.

Throughout his skating career, Hamilton was known for his backflips on ice — a move that is illegal in national and Olympic competitions, but considered a popular crowd-pleaser. During the Stars on Ice event in Lake Placid on Monday, U.S. men’s national champion Ryan Bradley performed a backflip, to thunderous applause.

Hamilton won multiple U.S. and World Championships, as well as three Skate America competitions and one Skate Canada competition. He carried the American flag in the opening ceremony of the 1980 Winter Olympics in Lake Placid, where he placed fifth. Four years later, Hamilton took home gold at the ’84 Winter Olympics.

The Frozen 5K, which will bring participants around the Oval 10 times, is being hosted by the Scott Hamilton CARES Foundation. The foundation funds cancer research and supports “treatment options that are less toxic,” according to its website.

Hamilton is no stranger to cancer. He was diagnosed with testicular cancer in 1997. He returned to the ice that same year after his oncologist said he was in remission, according to the New York Times. In 2004, he announced he had a benign brain tumor that was later treated, and in 2010 he underwent brain surgery to prevent the tumor from reoccurring. Three years ago, Hamilton announced that he was again diagnosed with a brain tumor, and later said the tumor had shrunk.

Those interested in participating in the Frozen 5K can register online at www.mysk8.org/LakePlacidNY2020. Entry costs $25 per person and includes a “Sk8 to Elimin8 Cancer” T-shirt. Those interested in volunteering at the event can contact Hanford at 518-897-2348.