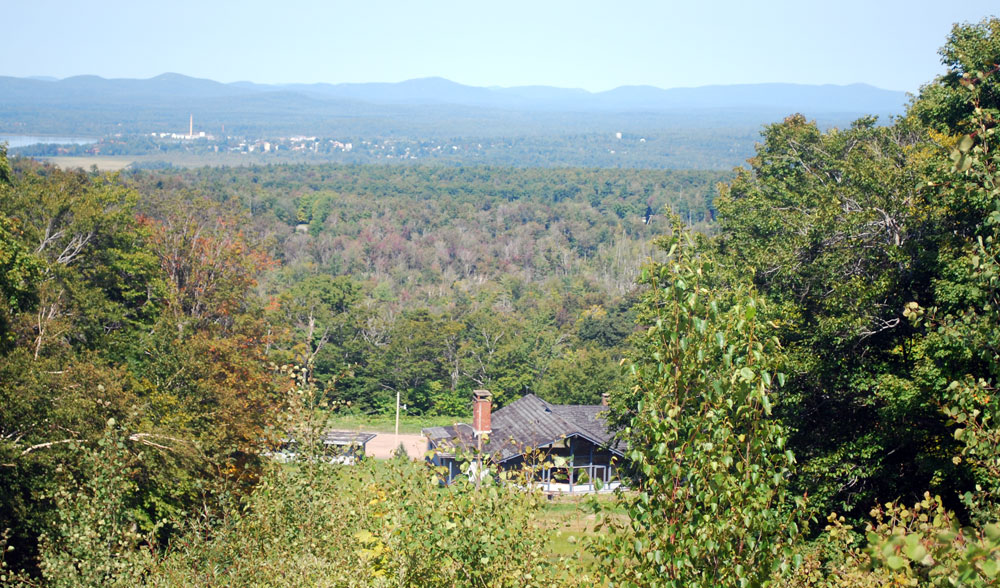 Forested land the Adirondack Club and Resort developers bought from the Oval Wood Dish Corporation Liquidating Trust is seen from Big Tupper Ski Area on Mount Morris, with the village of Tupper Lake in the background. (Enterprise photo — Mike Lynch)

TUPPER LAKE — They say they’re not developers; they are just creating an avenue for others to make progress on the long-stalled Adirondack Club and Resort project

“Neither one of us are developers, don’t want to be developers,” said Mike McNally, one half of Crossroads LLC. “We would just like to get people that do this for a living, that have developed properties before, to come in.”

Crossroads LLC is managed by McNally and Stanley Rumbough, ACR investors and Tupper Lake vacationers-turned-residents. It is not associated with the similarly named Tupper Lake Crossroads LLC, Nancy Howard and Betsy Lowe’s planned hotel on the corner of Park and Mill streets.

Essentially, Crossroads is trying to absolve the property of the debts that have bogged it down under Michael Foxman and Tom Lawson — who ran Preserve Associates. McNally said he and Rumbough hope this will make the property more attractive to the investors and developers they want to work with to “make the ACR a reality,” as McNally put it. 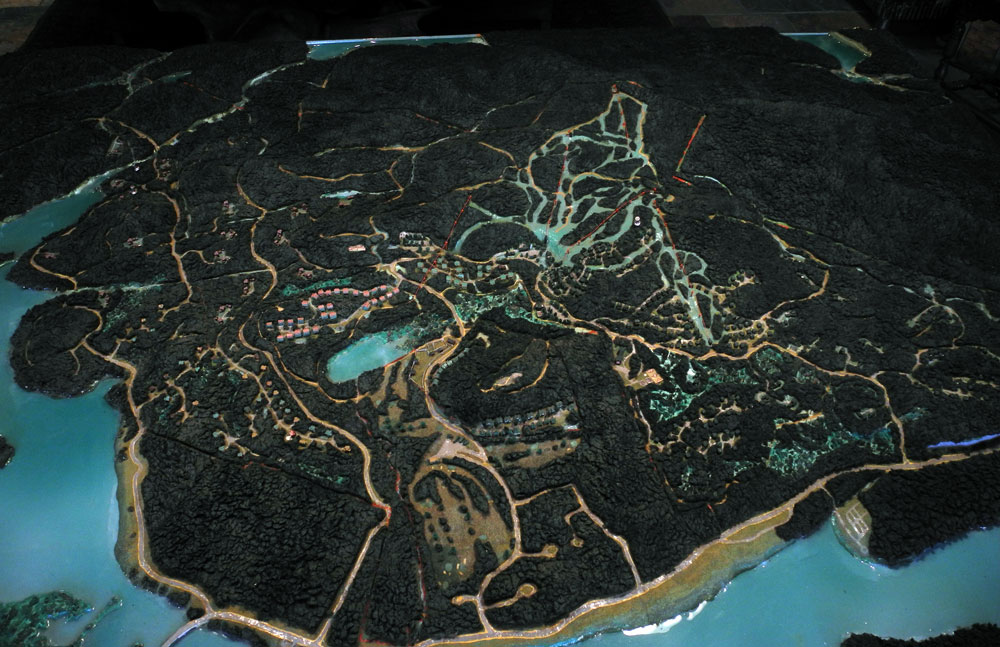 None of this involves the Big Tupper Ski Area, but may spur some sort of progress for it in the future, according to McNally.

Preserve Associates still owns the property, but since Crossroads has the mortgage — which has not had a payment since Preserve purchased it from the OWD Trust in 2017 — Crossroads is trying to send the land to auction, where it could buy the property from itself.

Lawson and Foxman could not be reached for comment for this article. Neither could Rumbough.

McNally said he and Rumbough are unsure what the future of the ACR project will look like. 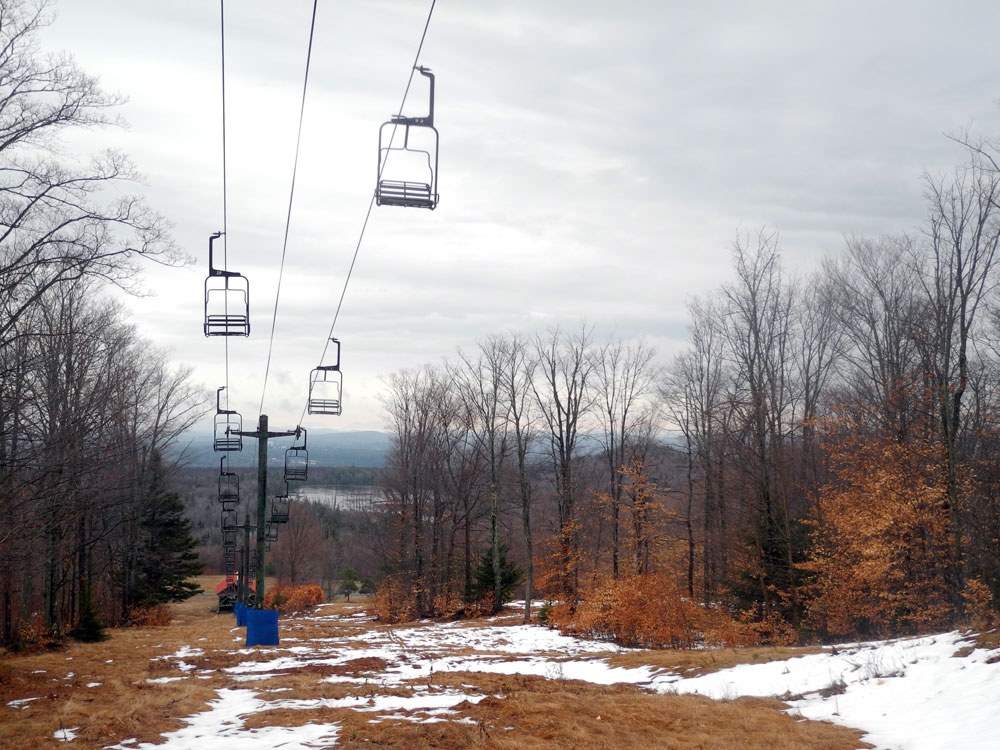 “We are open for discussion with anyone, but it’s all premature right now. … What is it going to be? Who knows?”

He said they have talked with developers and investors, but right now, “No one will touch this deal given the debt it’s got.”

He said the secured creditors who have liens on the property have been asked to respond to Crossroads on the foreclosure by the end of the month. Then, he said, Crossroads may have a clearer vision of what the future will entail.

Still, he said, this process will be slow moving; it could take a year or more before they hypothetically own the land.

McNally said he has never done anything like this before.

“There was no plan for Stanley and I to do any of this. It just kind of evolved over time,” he said.

Rumbough has already put in a financial investment on the project. McNally said Crossroads funded all the work done on a road leading back into the property. Rumbough had purchased Lawson’s former home on Lake Simond, which the road leads back to. Crossroads also put $1 million into improvements on Big Tupper, including renovating the ski patrol building and lifts, and gutting the lodge.

“We became the bank”

When Crossroads purchased the mortgage, “We became the bank,” McNally said.

Therefore, Preserve Associates is supposed to make its mortgage payments. This allows McNally and Rumbough to foreclose on the property, like a bank would do on a house that is behind on payments to Crossroads.

Preserve Associates has racked up tens of millions of dollars in debts to a variety of creditors, including investors, Franklin County, golf legend Greg Norman, law firms and a consulting firm.

Because of these debts, any progress on the project was slow.

Crossroads made a proposal to buy it in October 2018, McNally said, but after a year it was rejected. McNally said it was “taking too long.”

“Stanley felt that we could come to terms with Foxman and company, because Stanley had invested millions in the road,” McNally said. “We just found that group, Preserve Associates, just unreasonable.”

McNally described the property as having “a lot of hair” on it, a business term meaning it comes with negative aspects — in this case, debt.

“We’re trying to give it a crew cut,” McNally said.

By foreclosing they will send the property to auction, where they plan to bid on it. If they buy it, the debt will stay with Preserve Associates.

McNally said he bought the Ginsburg building on Park Street the same way. That was also a property formerly owned by Lawson.

The creditors who are owed money, McNally said, may be “screwed.” He said he is awaiting responses from them, which are due at the end of the month.

He believes the approval and permits given to the project by the state Adirondack Park Agency will carry over for several more years.

McNally said he has not talked to Lawson in months and is not sure if he still wants to be involved with the project.