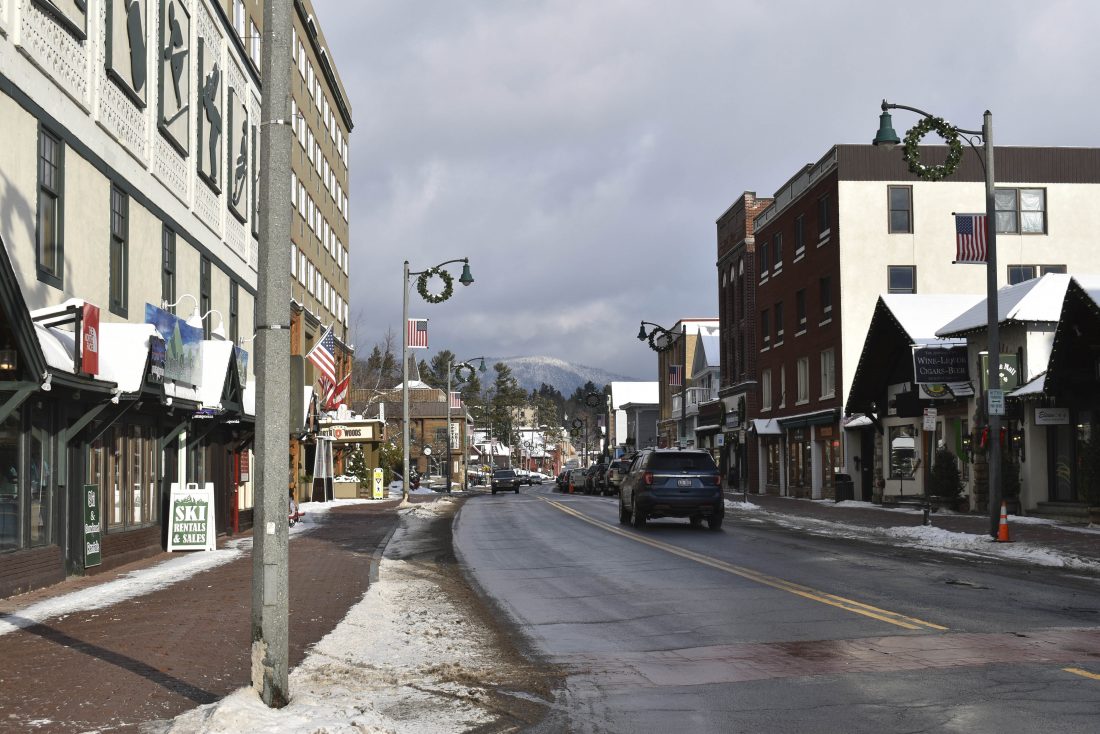 LAKE PLACID — More than 40 business owners and residents have signed a letter calling for the state Department of Transportation to initiate a “public review” of the village’s Main Street project.

The village’s projected $8 million overhaul of Main Street would reshape the streetscape and underlying infrastructure of a business district that serves as the heart of the local economy.

The project has been in the works for years, but has come under scrutiny in the last few weeks in the leadup to the project being sent out to bid as business owners decry what they say has been an opaque planning process, with little to no opportunity for broader community input.

Business owners have expressed concern that the proposed removal of fewer than a dozen spaces would exacerbate an already cumbersome parking crunch, and that the project’s expected two-year construction season — which would have most of the project completed by the 2023 World University Games — could bankrupt businesses struggling to make ends meet.

This letter to the DOT, dated Tuesday, Jan. 21, underscores some of those same issues and points to changes to the north end — specifically the Saranac Avenue intersection, which would be altered to allow the village to install a subsurface filtration system to intercept stormwater runoff before it enters Mirror Lake — as a concern.

“The meetings of the task force were not published into local newspapers, nor were stakeholders given proper opportunity for their input,” the letter reads. “There are many who will be significantly impacted by the proposed radical restructuring of a critical intersection. We therefore ask the NYSDOT to initiate a public review, and receive input on the proposed intersection redesign.”

Asked if he had a response to the letter, which criticizes the village’s planning process, Mayor Craig Randall said he didn’t.

Randall put together a Main Street task force, with more than 15 members chosen to represent a “broad cross-section” of the community, to offer feedback on the village’s designs.

At an Oct. 15, 2018, meeting of the village board, Randall said after the task force completed its work, a public hearing would be held to receive public comment. The members of that task force were announced around a year later, and the group held its first meeting this past October.

With the village now under pressure to start construction and use state grant funding before it expires, the task force was initially given three months to review plans for Main Street improvements and offer feedback. The project was expected to be put out to bid this month, but later was pushed to the beginning of March. At a meeting of the task force Wednesday, a member asked if it would be possible to ask the state to extend the period before the grant funding expires. Lake Placid Highway Superintendent Brad Hathaway said the village has requested the expiration date be extended before.

Earlier this month, both Randall and village Trustee Peter Holderied said an upcoming public meeting on the Main Street project would be to present the plans to the community, not a public hearing. Randall later said there is “absolutely going to be public input,” and even when the project is put out to bid, “there is always the opportunity for change orders.”

The public meeting, originally set for Monday, has been postponed indefinitely at the request of task force members, some of whom believe the project isn’t ready to be presented to the public.

The task force will meet again on Wednesday, Feb. 5 at 8 a.m. at the Beach House, where they’re expected to set another date for the public meeting.