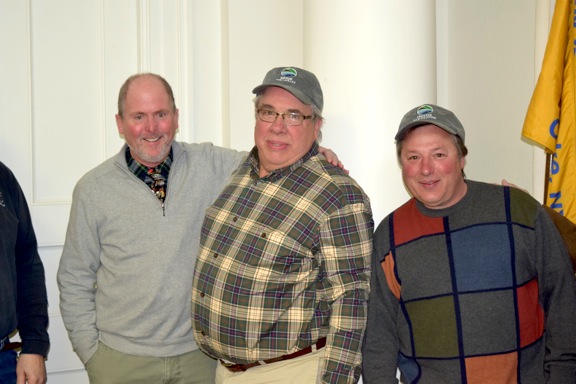 SARANAC LAKE — Village Trustee Paul Van Cott has resigned from the village board, and former Mayor Tom Catillaz was appointed to his seat.

Van Cott, who’s been on the board for seven-and-a-half years, handed in his resignation letter last Friday, and it went into effect Sunday.

In his letter, he wrote, “For personal reasons, now is a good time for me to make this decision. I plan to remain involved in Saranac Lake, but would like more flexibility in my schedule that makes it hard for me to fulfill all of my present responsibilities to the Village and the (Saranac Lake Local Development Corporation). This decision will give me the chance to reflect on how I can best continue to contribute to our community’s future.”

Van Cott said he will not run for office in 2020 but will assist in implementing Downtown Revitalization Initiative projects.

“I am grateful to have had the opportunity to work with and support the myriad volunteers, businesses and other who make this community so special,” he said. “Everyone involved shares a love of Saranac Lake that is inspiring, energizing and is at the core of our continuing success.”

With the SLLDC, Van Cott helped spearhead a New York Main Street grant program for the village in 2015, which led to facade renovations to multiple buildings including Origin Coffee, Nori’s Village Market and Blue Line Sports.

“We also generated a revitalization fund and that went into helping build the deck Fiddlehead Bistro and repairing the retainer wall at the St. Regis Canoe Outfitters,” Van Cott said in a phone interview Thursday. “Those integral to revitalization work downtown, and that helped build momentum for DRI.”

Van Cott said one of his top priorities when he first became a trustee was helping facilitate the sale and redevelopment of the Hotel Saranac.

“That was one of the reasons I ran in the first place, and I’m glad I was a part of it,” he said.

Village Mayor Clyde Rabideau appointed Catillaz to the vacant trustee position Monday, and he took the role the next day.

There will be a village election to fill this trustee seat on March 18, 2020, and Catillaz affirmed he will not run in this election, according to a post on Rabideau’s mayoral Facebook page. The term ends March 31.

“Tom is a Saranac Lake native and doesn’t need any training to serve on the board and will hit the ground running to serve the citizens of Saranac Lake with his years of knowledge and experience,” Rabideau wrote. “Paul gave his all to our village with passion and energy, both as Trustee and as the Chair of the Saranac Lake Local Development Corporation, and we offer our sincere thanks for his service and wish him well in his years ahead.”

In a phone interview Thursday, Rabideau said Van Cott was an important asset to the SLLDC and wrote many grants.

“Paul is also an attorney and has offered sage legal advice to the board on multiple occasions,” he said. “He was a very valuable member of the board.”

Catillaz previously served on the board for 18 years, seven of them as mayor. He served as mayor in 1998 when Saranac Lake was recognized as an All-American City by the National Civic League.

In a previous article, Van Cott said of Catillaz, “I can’t think of a person who more epitomizes public service, for making tough decisions because it’s the right thing to do, with quiet grace.”

Catillaz could not be reached for comment before publication.