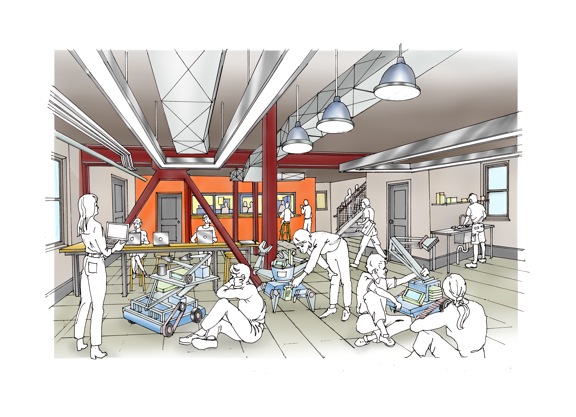 This rendering shows what the first floor of the Innovation Hub, slated to include a “maker space” for students, may look like. (Provided photo — Northwood School)

LAKE PLACID — Renovations to Northwood School’s Innovation Hub on Main Street are coming to an end, and the new facility is slated to open in January, school officials announced last week.

Students at the private school are expected to start attending classes there in January after returning from holiday break, Northwood School spokeswoman Darcy Norfolk said.

The school’s robotics, innovation and design, entrepreneurial studies and “LEAP” (learn, engage, apply, perform) programs will be expanding into the Main Street facility. After-school, weekend and summer programs, guest lectures and professional development classes will also be hosted there.

The public may be able to get their first look at the facility as soon as late January. A date for a community open house is forthcoming, according to Norfolk.

The school will offer public access to the Innovation Hub with a mix of membership plans, fee-based programs, classes and events, according to Norfolk. There will also be some free events open to everyone, including poetry slams, open mic and trivia nights. 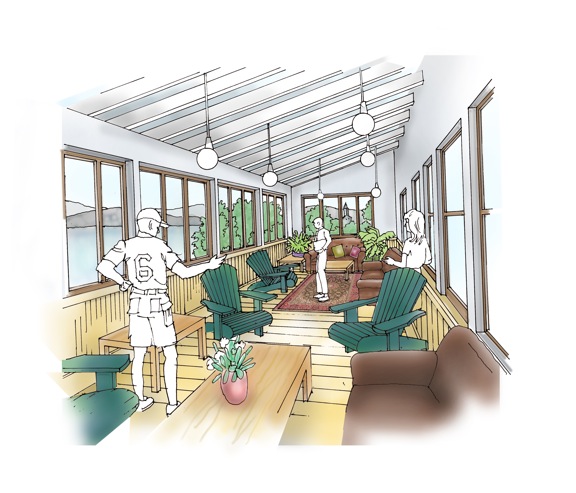 “A central function of the facility’s mission will be to promote collaboration, engagement and partnerships, capitalizing on the shared knowledge, innovation and creativity within our community,” she said.

The three-story, 12,000-square-foot building at 2495 Main St. has been under construction since March. Though the school had initially planned to demolish it and construct a new building, the existing 104-year-old property was gutted instead, and for more than 19 months, construction crews were seen moving in and out of the building as they worked to rebuild its interior from the ground floor up. The renovation was slated to cost $2.5 million. The school funded the project with support from its alumni, students’ families and friends. 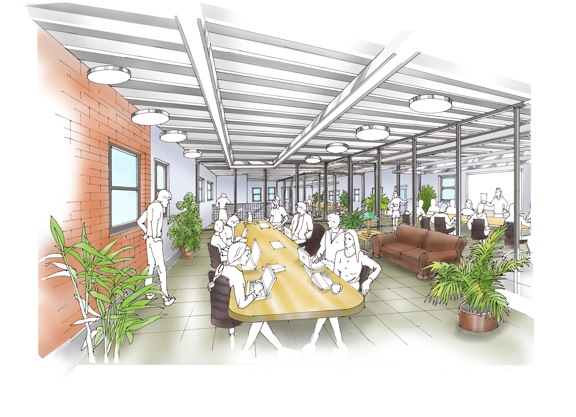 In June, the school hosted a “topping out” ceremony to celebrate the start of the building’s roof reconstruction and unveil the “Innovation Hub” name, a nod to the building’s history. Administrators, trustees and supporters of the project gathered to toast the designation.

The building that now houses the Innovation Hub was originally built in 1915. It was owned by Forrest B. Guild, who dubbed the structure “The Hub” because he sold all sorts of things there, from clothing and shoes to sporting goods and furnishings. The Hub also housed a barber shop, an apartment, several offices and the laboratory of G.B. Merriam & Co., which manufactured beauty creams, according to Norfolk. In 1944, Guild sold the building to a Syracuse-based syndicate. When that syndicate folded, it was bought by the Shehadi family, and used as a linen and clothing store. Brek and Julie Turner purchased the property in 1984 and converted the shop into a combination tobacco-book store called With Pipe and Book. It sat vacant for many years, until Northwood School bought the building from the Turners in 2015.

Head of School Mike Maher said in March that the Main Street renovation was one piece of the school’s overall strategic campus master plan. 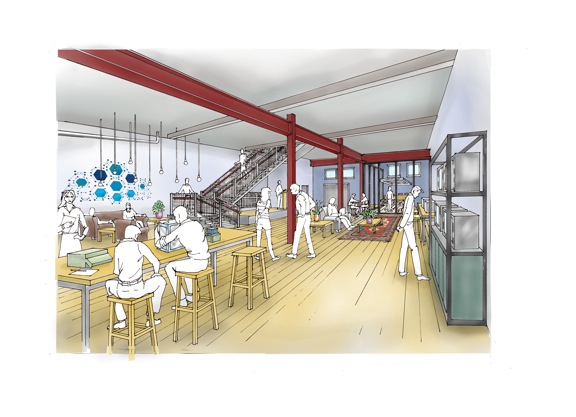 Northwood students often leave campus for educational opportunities around town. The school’s hockey teams practice at the Olympic Center, and other Olympic venues are used for physics education. Students study aviation science at the Lake Placid Airport, the Lake Placid Center for the Arts is used for cultural activities, and the crew team often practices on Mirror Lake.

“Bringing part of the Northwood campus directly into the heart of Lake Placid will only strengthen the ties Northwood has to this community,” Jennifer Holderied, a Northwood School trustee and general manager of the Golden Arrow Lakeside Resort, said in a statement. “For the visitor, it will add an interactive and educational component to the walk down Main Street. But for those who live here, the Hub offers the opportunity for adults and kids alike to collaborate in new and interesting ways.”