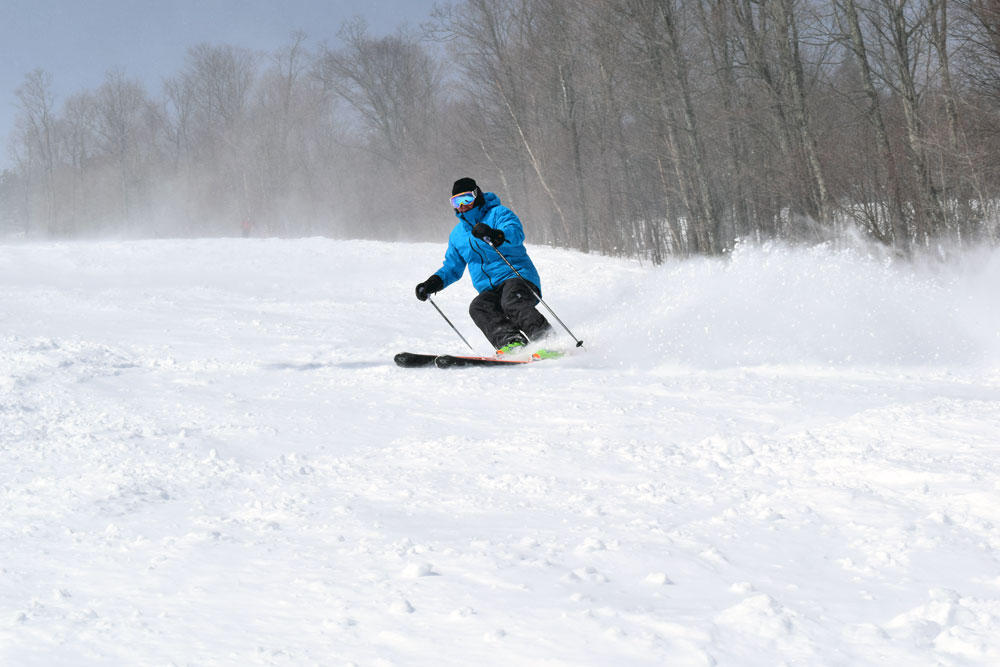 WILMINGTON — Today marks the start of the ski season at Whiteface Mountain.

The first chair lift disembarks at 8:30 a.m., according to a news release from the state Olympic Regional Development Authority, which manages the mountain alongside several other sports venues, including the Gore and Belleayre Mountain ski centers, the Olympic Center, Olympic Jumping Complex and the Olympic Sports Complex at Mount Van Hoevenberg.

The Broadway, Easy Street, Lower Valley and Fox trails at Whiteface are expected to be open today.

At the opening of Whiteface, ORDA is expected to launch its new radio-frequency identification cards, or “SKI3” cards. With the purchase of a reusable SKI3 card — which retails for $899 for one adult season pass — visitors to the Whiteface, Gore or Belleayre Mountain ski centers will be able to pass through gates and access ski lifts without taking the card out of their pockets. Visitors can also reload their ski card accounts remotely, use the same card over multiple visits and at any of the three ski centers ORDA manages.

The ORDA Board of Directors authorized the purchase of 789,938 smart cards for customers at all three of its Alpine ski centers, as well as the installation of new “smart guard” gate systems with the ability to read those cards, at a meeting in August. At the time, ORDA CEO Michael Pratt said the new ski card system, which is already common at other ski areas around the world, will cut down on lines at the ski lifts.

“The state and ORDA have invested more money into the Olympic venues and ski resorts than at any other time,” Pratt said in a statement Thursday. “The team has been working very hard, and we are all excited to begin the winter season.”

ORDA completed the rehabilitation of an elevator to the top of Whiteface Mountain in May, a project that cost roughly $5 million. The lift, first constructed in the mid-1930s, now features glass panels, which allows riders to eye the mountain’s granite as it brings them to the summit from the top of the Whiteface Veterans Memorial Highway toll road.

Some ski trails at Whiteface have been widened and expanded, according to ORDA. There have been improvements to the gondola and upgrades to the electrical system on site.

The Cloudspin Bar & Grill, the base lodge and the rental and tune shop will be open on Friday, and the Base Camp Cafe and Brookside Apparel will open Saturday and Sunday. According to ORDA, there will be no service at the Midstation and no childcare or group lessons, though private lessons will be available.

Whiteface will close again on Monday, Nov. 18. ORDA is expected to post a mountain schedule for the following weekend online at whiteface.com/mountain/conditions. That same address is where visitors can see up-to-date conditions on the mountain.

As of Thursday, primary snow conditions were powdery with a base depth between 1 to 8 inches. The temperature at the summit was 26 degrees with a wind speed of 14 miles per hour.

The full 50 kilometers of trail won’t be open yet, Lundin said, but the amount of terrain available will expand as the season progresses. Base lodge services will be available for visitors on opening day.

The ski center at Gore Mountain, in North Creek, opens today. Belleayre Mountain in Highmount is expected to open Nov. 29.