Joseph Haszonics, a veteran of the Army, is given a quilt from the Mountain Mamas bearing the logos of his service branch at Mercy Living Center in Tupper Lake on Monday. (Enterprise photo — Aaron Cerbone)

Bill Annette, a veteran of both the Army and Navy, gets warm with a quilt from the Mountain Mamas commemorating his service in the two military branches. (Enterprise photo — Aaron Cerbone) 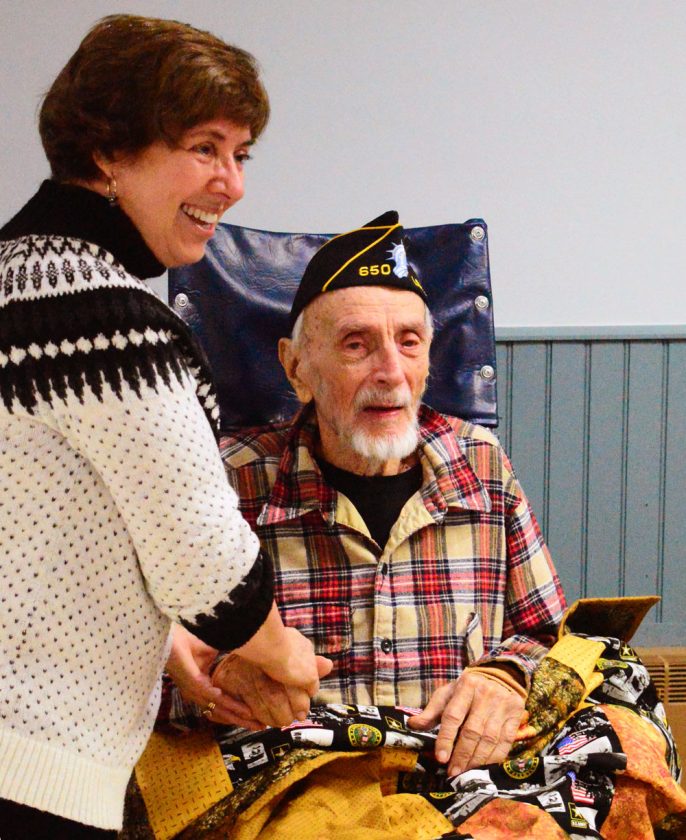 Joseph Haszonics, a veteran of the Army, is given a quilt from the Mountain Mamas bearing the logos of his service branch at Mercy Living Center in Tupper Lake on Monday. (Enterprise photo — Aaron Cerbone)

TUPPER LAKE — Not all veterans are able to make it to the ceremonies commemorating their service on Veterans Day, so at Mercy Living Center, the community brings Veterans Day to them.

Seventeen veterans live at the nursing home, representing four branches of the military and many years of service in peacetime and in war, dating back to the 1940s and World War II.

On Monday, 11 of those veterans were met with a large crowd of family, supporters and younger veterans, who showered them with applause, gifts and patriotic tunes from the Tupper Lake Middle-High School band, led by Laura Davison.

It takes a whole village of organization to put on the event for the senior veterans, including, in part, the Honor Guard, several churches and the Veterans of Foreign Wars post, which donated $500 to the senior living center for the activities club.

VFW Commander Tracy Luton said she helps organize the event every year because she feels it is her duty to make sure all veterans, especially older ones, are respected and remembered on Veterans Day. 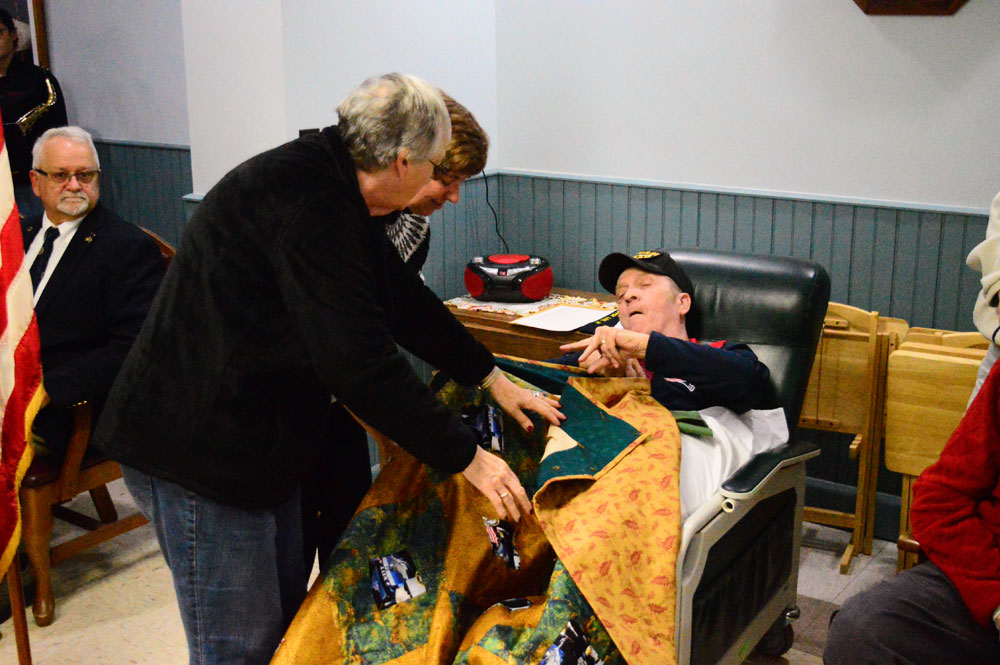 Bill Annette, a veteran of both the Army and Navy, gets warm with a quilt from the Mountain Mamas commemorating his service in the two military branches. (Enterprise photo — Aaron Cerbone)

Harry Bourquin, an Air Force veteran who has lived at Mercy for two years, said he appreciates the event and said his generation of soldiers cherishes recognition for their service.

“We were there when they needed us,” Bourquin said. “But most the people today, they’ve forgotten about us.”

He points down the line of elderly men, his finger stopping on each individual as he summarized that man’s service history and sacrifice. 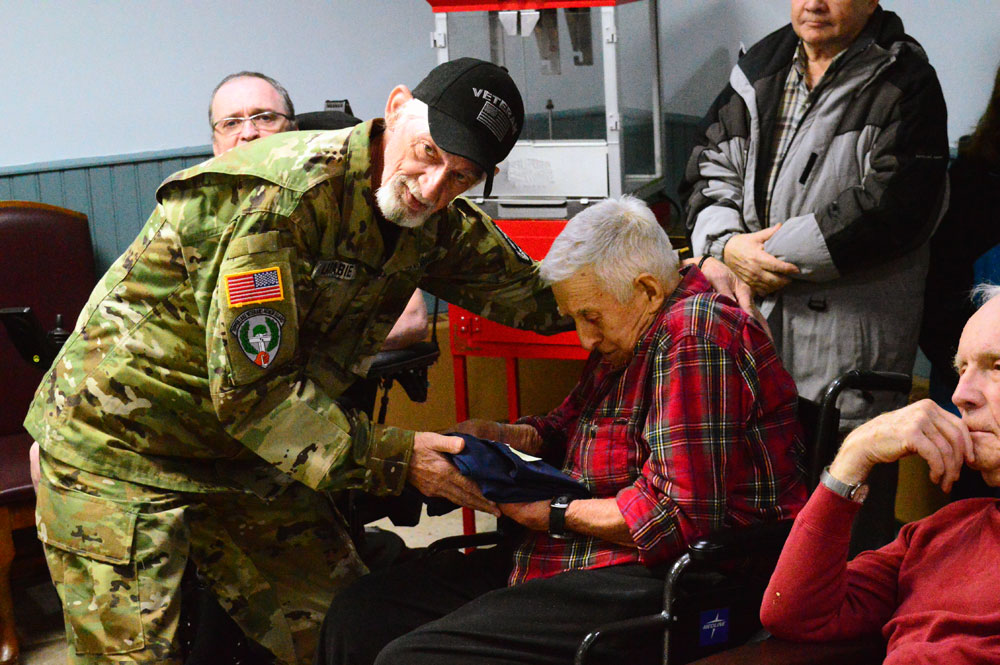 Mark Moeller, commander of the American Legion Post 220 in Tupper Lake, said some of these veterans had been on the other side of this annual presentation with him just five years ago. He said it’s a reminder of “the circle of life.”

Moeller said he believes this was the largest crowd in the event’s 15-year history. No one can really remember how the tradition started, but they all said they enjoy keeping it going, and the veterans appreciate it, too.

Some of them have dementia or cognitive problems, so communicating is difficult, but Moeller said he hopes they all understand what they are being honored for.

“Today we think about the thousands of young Americans in harm’s way around the globe, these young men and women serving our nation today are walking in the footsteps of veterans (here),” Moeller said.

Luton gave each veteran a T-shirt from his respective military branch, and the Marine Corps League collaborated with the Mountain Mama quilting group to drape each veteran in a warm, handmade quilt bearing his branch’s logo.

Bourquin said he uses the blanket he got last year every day.