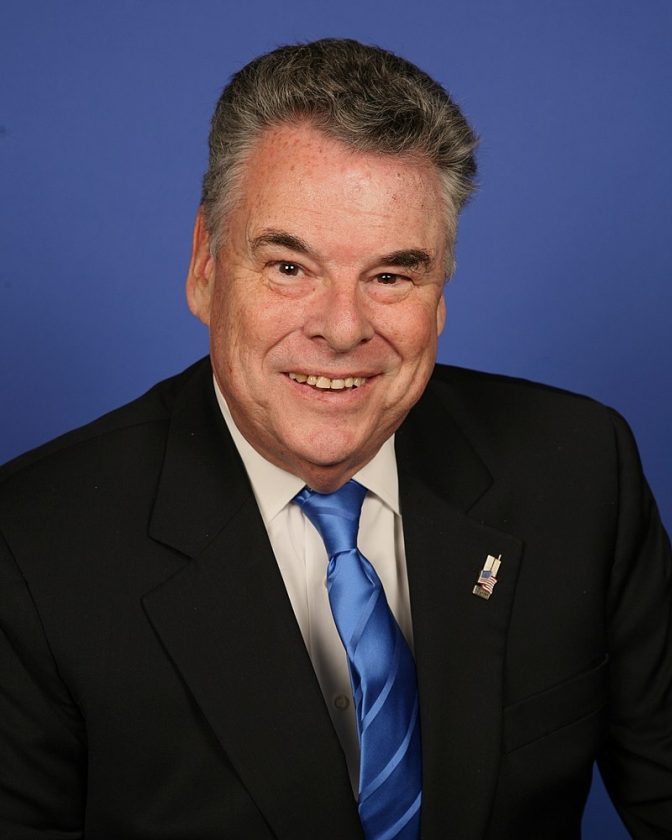 On Monday U.S. Rep. Elise Stefanik responded to news that fellow New York Republican Congressman Peter King will not run for reelection in 2020, defending his reputation as a Muslim Congress member condemned his legislative history as Islamaphobic.

Soon after King announced he was retiring to spend more time with his family, Stefanik said in a tweet she was saddened to hear about his retirement. She called King, who is also the dean of the New York GOP delegation, a “lion.”

“(New Yorkers) will never forget how he fought for them. Particularly in the dark days after 9/11,” Stefanik wrote. “I will personally miss serving with Pete.”

Minnesota Rep. Ilhan Omar, one of the first two Muslim women sworn into Congress, did not have the same friendly view of King. She called him an “Islamophobe” and said he “held McCarthyite hearings targeting American Muslims.” 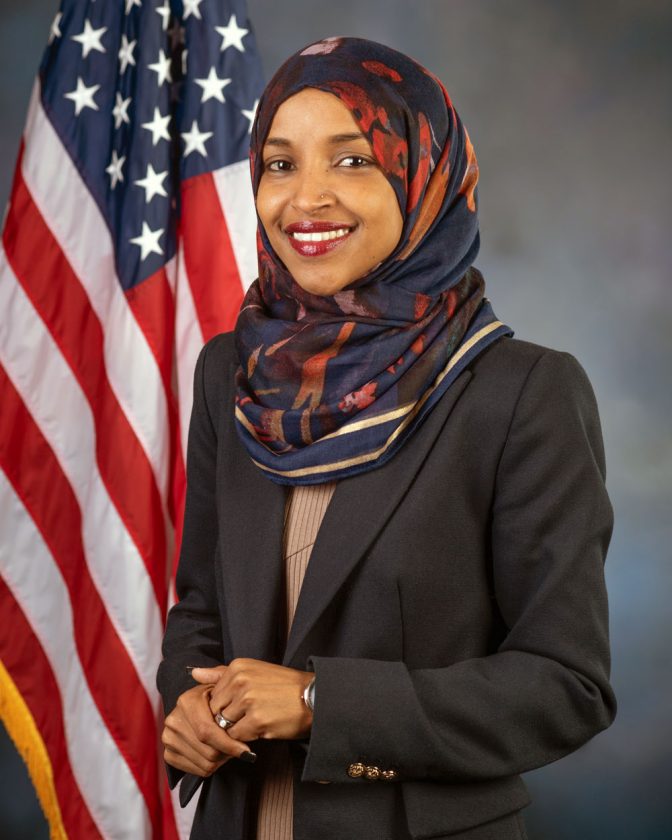 Stefanik responded, saying King was, “one of (Congress’) most well-respected, bipartisan and effective Members.”

“Ilhan Omar continues to spew hate and should be censured for her past disgusting comments and this attack on @RepPeteKing who has fought for all NYers no matter race, creed, gender, religion, or political party,” Stefanik wrote in a tweet.

Stefanik declined to say which comments she wants Omar censured for, but she has previously introduced a resolution condemning Omar for alleged anti-Semitic comments. Omar had tweeted, “It’s all about the Benjamins baby,” in talking about Israeli involvement in American politics. “Benjamins” references both $100 bills, which picture Benjamin Franklin, and Israeli Prime Minister Benjamin Netanyahu, and implies Israel using money to influence American politicians, which Stefanik and many other Congresspeople said was anti-Semitic.

Stefanik did not vote for a resolution condemning statements by President Donald Trump attacking Omar and three other left-wing congresswomen as being racist, when he said they “hate our country.”

“Why don’t they go back and help fix the totally broken and crime infested places from which they came,” Trump had tweeted. Omar was born in Somalia and immigrated to the U.S. as a child. The other three women, however, were born in the U.S. 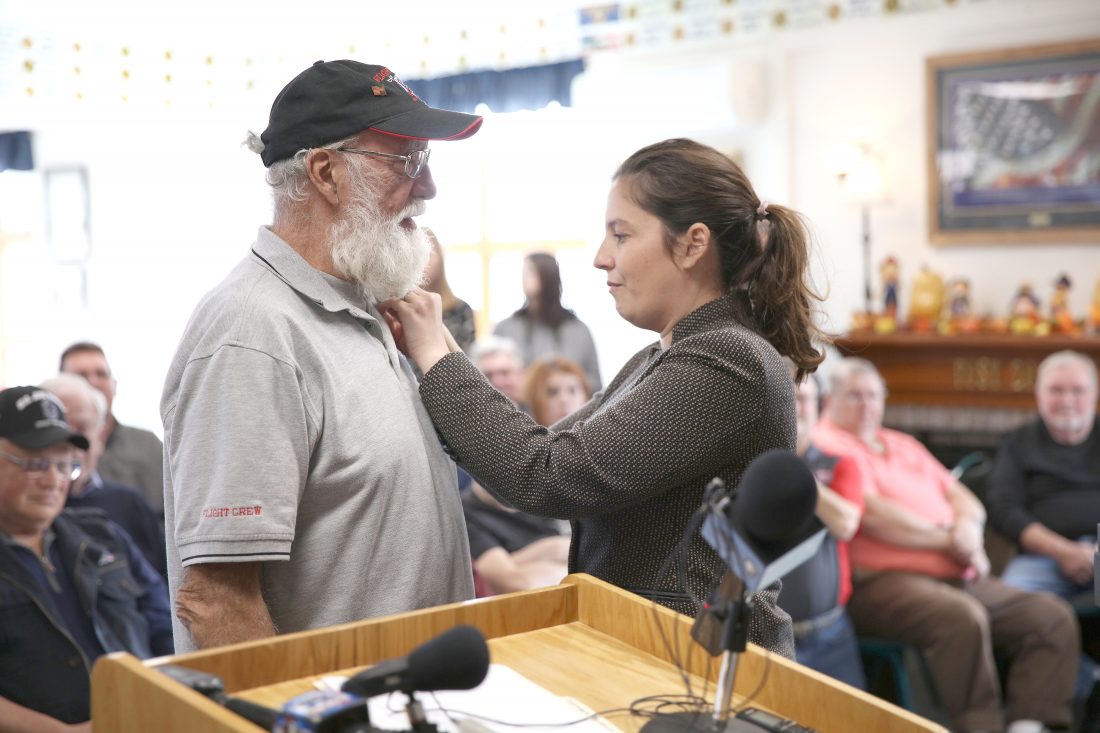 Omar referenced King saying in a 2007 Politico interview that there were “too many mosques in this country” and suggesting that the broad Muslim community was in “cooperation” with radical terrorists.

“There are too many people sympathetic to radical Islam,” King said at the time. “We should be looking at them more carefully and finding out how we can infiltrate them.”

King had also told radio and television host Sean Hannity that 85% of the mosques in the U.S. are controlled by “extremist leadership.”

King, an Irish-American, was known an ardent supporter of the Irish Republican Army, a militant nationalist organization that sought Northern Ireland’s independence from the United Kingdom, sometimes through terrorist attacks. He also supported the IRA’s U.S. fundraising network.

He also made controversial statements about the death of Eric Garner, an African-American man who was killed on video after being heard saying “I can’t breathe” while in a chokehold by a New York City police officer during an arrest on suspicion of selling single, untaxed cigarettes.

“You had a 350-pound person who was resisting arrest. The police were trying to bring him down as quickly as possible,” King said on CNN. “If he had not had asthma and a heart condition and was so obese, almost definitely he would not have died from this. … The police had no reason to know he was in serious condition.”

King also waded into racial politics while chastising the owner of the New York Jets football team for paying fines for players who kneel during the National Anthem.

“Encouraging a movement premised on lies vs. police,” King wrote on Twitter. “Would he support all player protests? Would he pay fines of players giving Nazi salutes or spew racism? It’s time to say goodbye to Jets!”

Other politicians praised King for being a moderate member of Congress.

“Peter King stood head & shoulders above everyone else,” U.S. Sen. Chuck Schumer wrote in a tweet. “He’s fiercely loved America, Long Island, and his Irish heritage and left a lasting mark on all 3. I will miss him in Congress & value his friendship.”

The Associated Press reported that King strongly supported laws to pay for the health care of first responders who got cancer or other severe health problems in the aftermath of the Sept. 11, 2001, attacks in Manhattan. He broke party ranks to oppose a 2017 tax overhaul bill that cut back a federal deduction for state and local taxes; that deduction was a big benefit to King’s highly taxed constituents.

Jackie Gordon, a Democratic town councilwoman from the town of Babylon within King’s Long Island district, is the only candidate currently running for his now-to-be-vacant seat.