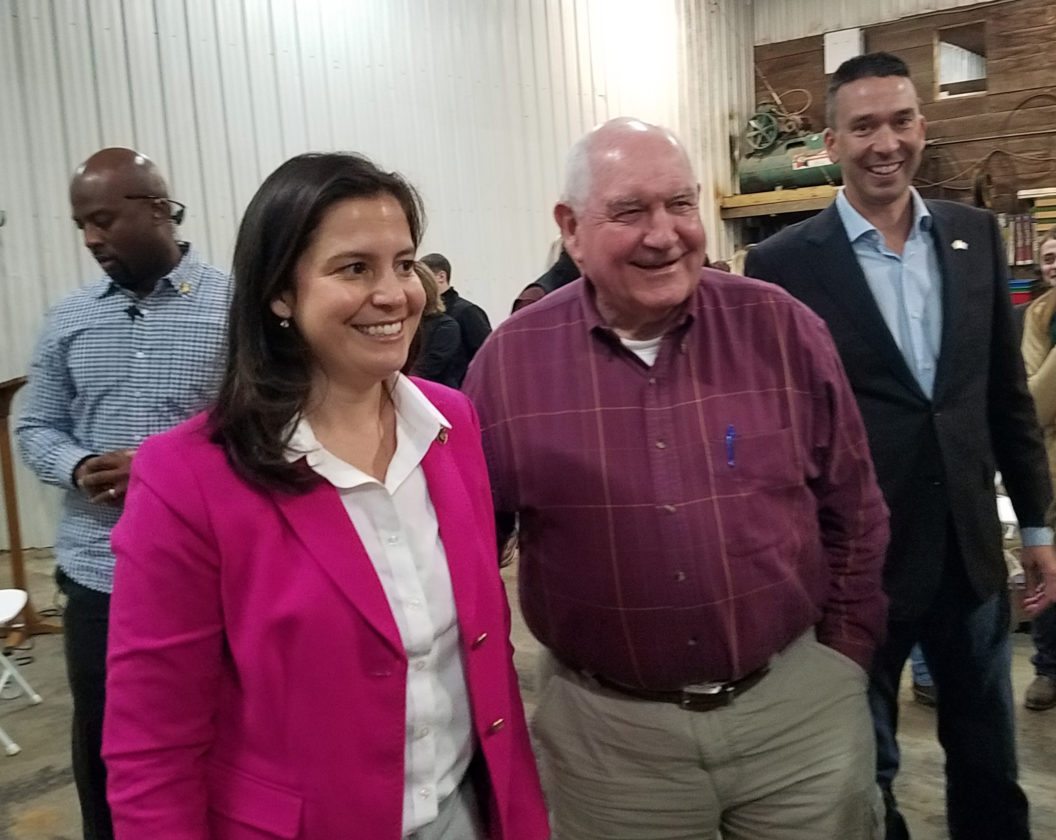 U.S. Rep. Elise Stefanik has signed on as a co-sponsor of a bill to create a pathway to legal status for undocumented farm workers.

The farm employees would have to be working in agriculture for two years and plan to continue to remain in their jobs. It would allow year-round workers, including dairy workers, to gain access to the H-2A program, simplify the application and establish a mandatory E-Verify program to maintain employment records, according to a news release.

The Farm Workforce Modernization Act would aim to address the problem farms are having finding workers.

A bill to provide grants, training and technical assistance to help state and local governments set up treatment and rehabilitation courts for veterans who commit nonviolent crimes passed the House of Representatives.

The Veteran Treatment Court Coordination Act establishes the program within the Department of Justice in coordination with the Veterans Administration.

“Unfortunately, due to the stressors and psychological impact of their service, some veterans become entangled in the criminal justice system,” Stefanik said in a news release “This bill gives nonviolent offenders a chance to rehabilitate themselves through a special program tailored to the unique needs of veterans.”

Stefanik voted in favor of a bill to provide greater transparency about discounts that drug manufacturers provide as part of an electronic prescription program under Medicare.

The Public Disclosure of Drug Discounts and Real-Time Beneficiary Drug Cost Act would require the Centers for Medicare & Medicaid Services to publish payment information regarding generic drug dispensing rates, drug discounts and rebates and payments between health plans and pharmacies, according to Congress.gov.

The House passed a bill last week to impose sanctions on Turkey in response to the country’s military invasion of northern Syria.

The sanctions will be imposed on Turkish officials connected to the invasion, large state-owned banks and any financial institutions that have handled transactions from Turkish Armed Forces or Turkey’s defense industry related to the invasion, according to Congress.gov.

Stefanik has written a letter to the head and the ranking member of the Energy and Commerce Committee, seeking support for legislation to create an office to help fight vector-borne diseases such as Lyme disease.

The act would create a new Office of Oversight and Coordination for Vector-borne Disease in the Department of Health and Human Services to coordinate strategies for fighting illnesses such as Lyme disease, according to a news release.

A bill to mint a commemorative coin to celebrate the 100th anniversary of the women’s suffrage movement passed the House last week.

The legislation authorizes the Department of the Treasury to mint 400,000 $1 silver coins in 2020 in honor of the women who fought for the right to vote.

A companion bill has been introduced in the Senate.

Gov. Andrew Cuomo announced Sunday he would take legal action to block a proposed Trump administration rule that would allow foster care and adoption agencies the ability to discriminate against prospective adoptive parents on the basis of sexual orientation or gender identity.

“Trump’s proposal isn’t just discriminatory and repugnant to our values — it’s also heartless and dumb, as it would deny countless children a loving family and a safe place to call home,” Cuomo said in a news release.