Suzanne Batra of Saranac Lake clears snow and ice off of her car in the parking lot of Walgreens drug store in Saranac Lake Monday evening. (Enterprise photo — Peter Crowley) 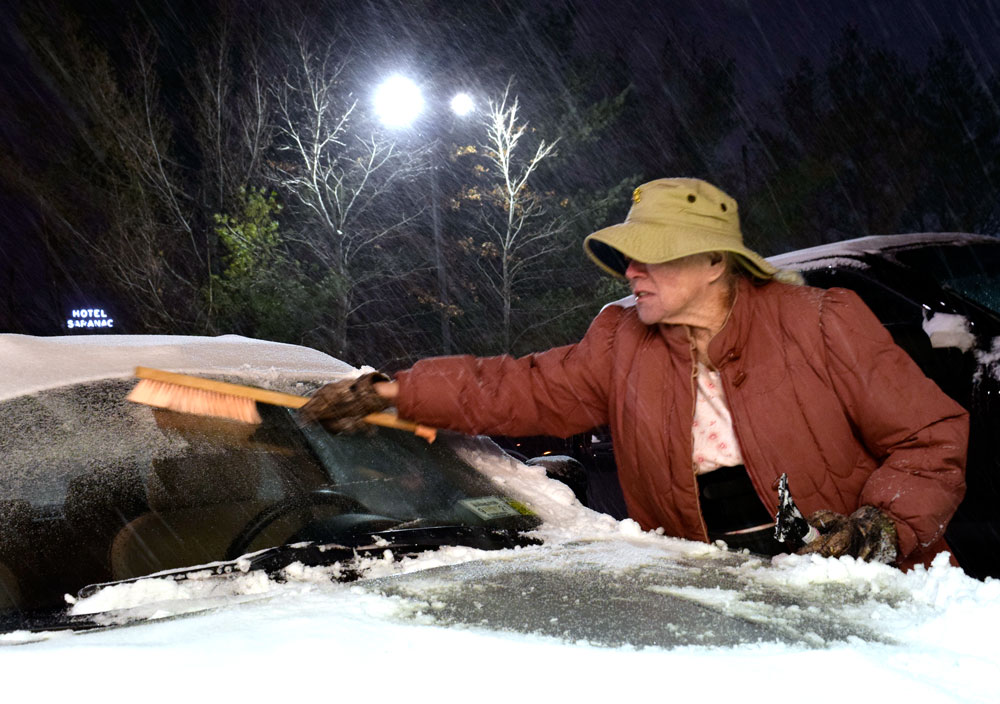 Suzanne Batra of Saranac Lake clears snow and ice off of her car in the parking lot of Walgreens drug store in Saranac Lake Monday evening. (Enterprise photo — Peter Crowley)

Between 6 inches and a foot of snow is predicted to fall on northern New York and much of Vermont between 1 p.m. Monday and 1 p.m. Tuesday, and the National Weather Service has issued a Winter Storm Warning.

Local schools delayed the start of classes Tuesday morning. Saranac Lake and Lake Placid announced two-hour delays by 5 a.m., Keene and Long Lake did so shortly afterward, and Tupper Lake followed. The AuSable Valley Central School District and Adirondack Christian School in Wilmington went ahead and announced their delays Monday night, as did local colleges. North Country Community College delayed opening all three of its campuses until 10:45 a.m., with classes starting at 10:50. Paul Smith’s College delayed its start until 11 a.m. and canceled classes before then.

Roughly 4 inches of snow was on the ground in Saranac Lake as of 5 a.m. Tuesday.

The first major snowfall of this winter made roads slippery, resulting in some crashes and vehicles getting stuck Monday.

On Monday there were two cars reported off the road in Saranac Lake, one which ended up on its roof. The Saranac Lake Volunteer Fire Department responded first to a rollover on state Route 30 in Lake Clear near Upper Saint Regis Lake at 2:30 p.m. They found the vehicle on its roof and assisted with traffic control and with the towing company. Then at 7:30 p.m. they responded to a less-serious slide-off on state Route 3 toward Bloomingdale. 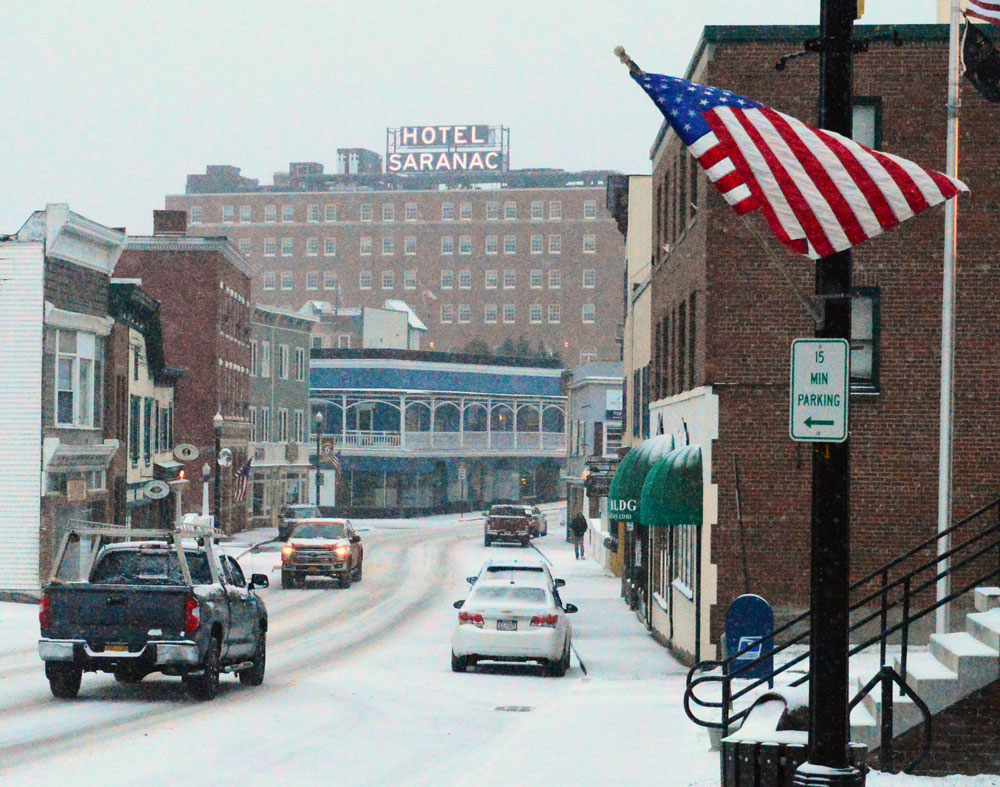 “Travel could be very difficult,” the NWS warning said. “The Tuesday morning commute will be impacted.

“If you must travel, keep an extra flashlight, food, and water in your vehicle in case of an emergency.

The village of Lake Placid started its overnight street parking ban on Nov. 1, to allow for snow removal, but Saranac Lake and Tupper Lake’s don’t start until this Friday, Nov. 15. The village of Saranac Lake asked people to use common sense and get out of the way of plows.

“Given the expected snowfall totals over the next 24 hours, we recommend, for your safety and for those around you, that you do not park in any area that clearly inhibits effective snow removal between tonight and Thursday night,” Community Development Assistant Cassandra Hopkins said in an email.