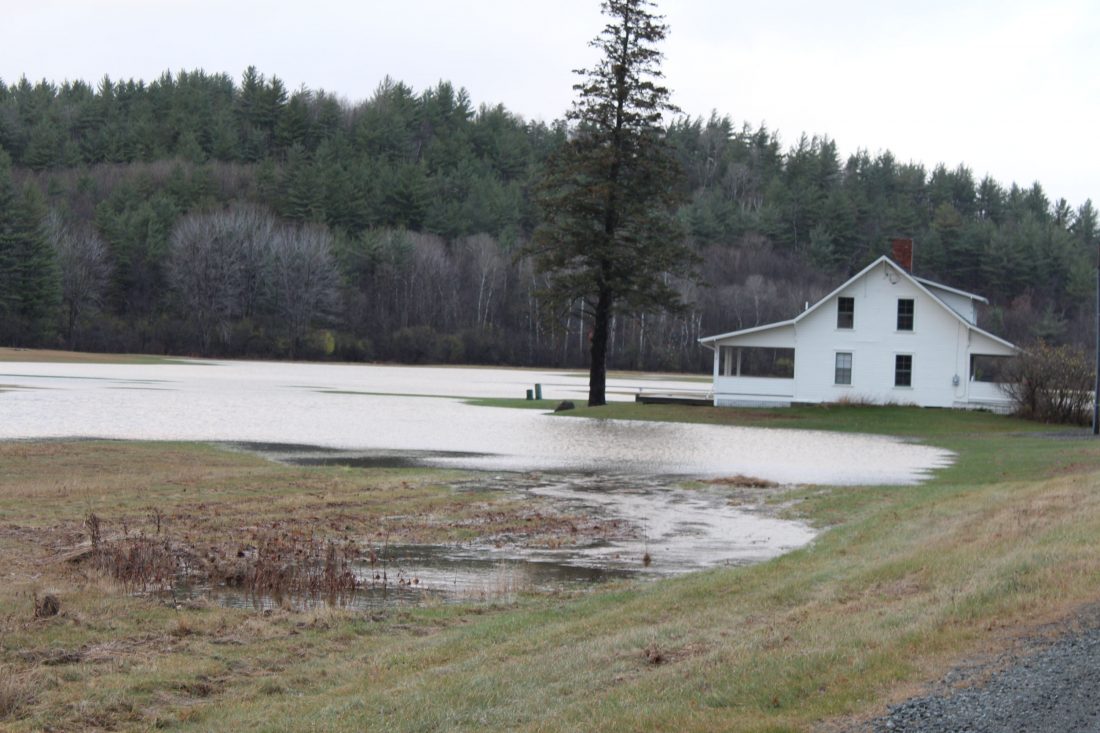 State Route 73 is a major artery that connects Lake Placid and Saranac Lake with points south. The road was not closed this morning but was closed later because it was destabilized by floodwaters.

“The water was flowing so fast for so long, it undermined Route 73 between Marcy Field and the junction with Route 9N,” Wilson said. “They’re still working to stabilize it so we can get it open again.”

It had reopened by 5:45 p.m., according to Kathy Smith of Lake Placid, who said she had passed through it in a car.

While it was closed, people who wanted to get between Lake Placid and Interstate 87 had go through Exit 31, Elizabethtown and state Route 9N. 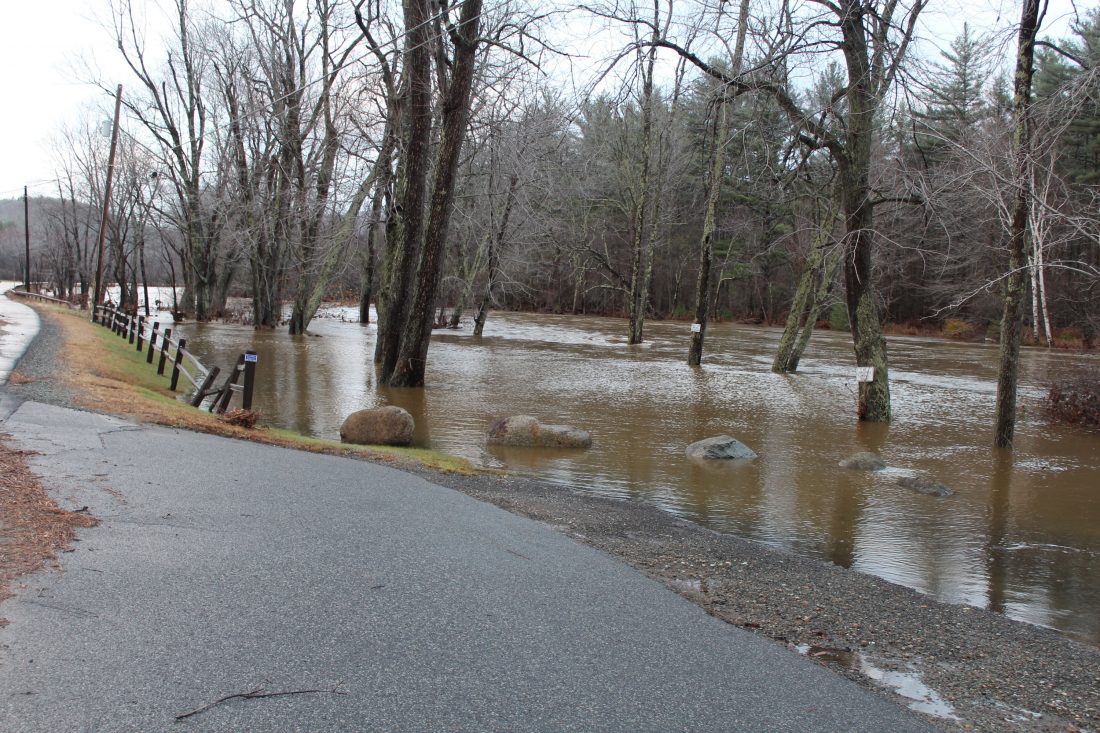 Hulls Falls Road, which runs parallel to the AuSable River, was also closed as of 2 p.m. Friday, according to Wilson. The river overflowed its banks and flooded the street.

“That should be starting to recede soon,” he said.

Some homes in Keene Valley were prepped for evacuation, according to Wilson.

“The water is still really high, and there’s lots of homes with water in basements,” he added. “For the most part, the water is going down.”

According to Keene Valley resident and Lake Placid News columnist Naj Wikoff, when he got home Thursday night, Beede Road in Keene was completely flooded as well as state Route 73 in the Marcy Field area of Keene Valley. 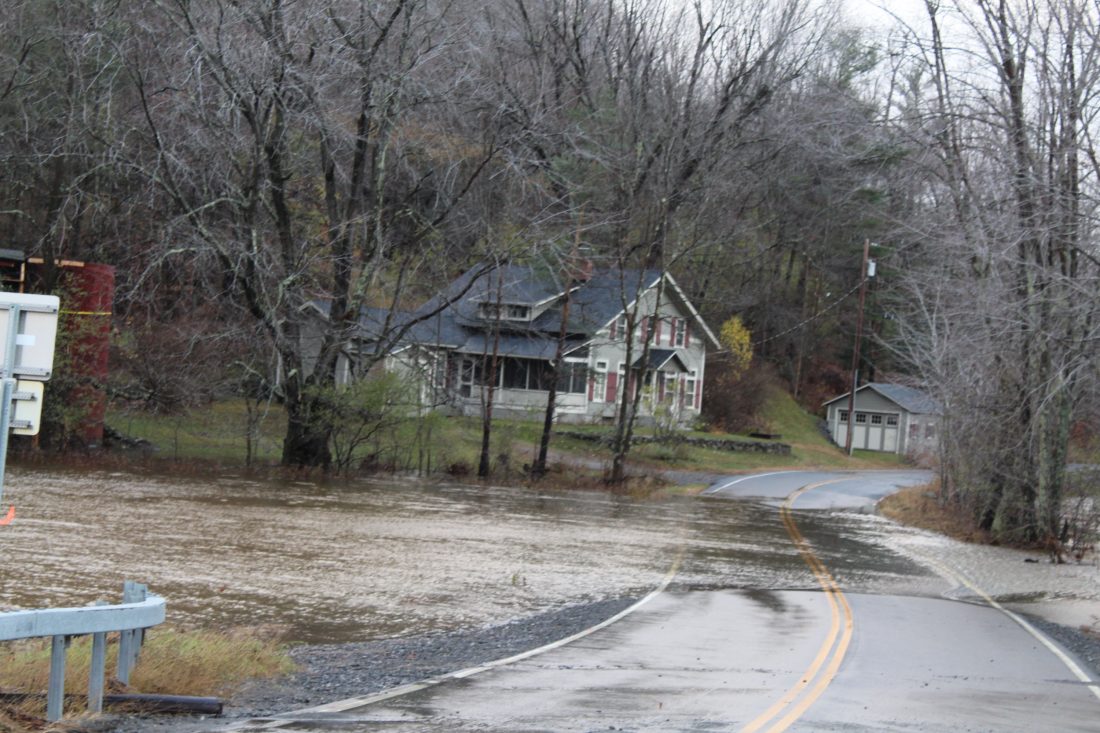 “This morning, Hulls Falls Road and Route 9N between Keene and Upper Jay remained closed. Water was pouring over the road south of Keene Valley as well,” Wikoff said Friday. “This morning the river has gone down, but several homes remain surrounded with water on Beede Road and in Keene Valley, and you can see that much of Marcy Field was and remains flooded.”

Essex County declared a state of emergency and urged people to stay off roads until further notice, with the exception of “essential personnel.” At 11 a.m. the county Office of Emergency Services reported 57 road closures, including parts of state Route 9N between Keene and AuSable Forks, and 600 locations without power.

Residents in Keene Valley who need assistance should call the fire department or 911 dispatch.

Keene is no stranger to flooding. When Tropical Storm Irene hit the region in 2011, this town was hit hard. The East Branch of the AuSable River overflowed its banks and tore apart sections of Route 73. The town’s firehouse was ripped in half by Gulf Brook floodwaters. Some homes were flooded, as was the downtown. The stormwater receded within hours, leaving in its wake damage that would take years to remedy.

The nonprofit AuSable River Association said on social media Friday’s flooding was the first major flood since Irene in “the AuSable Valley and beyond.” 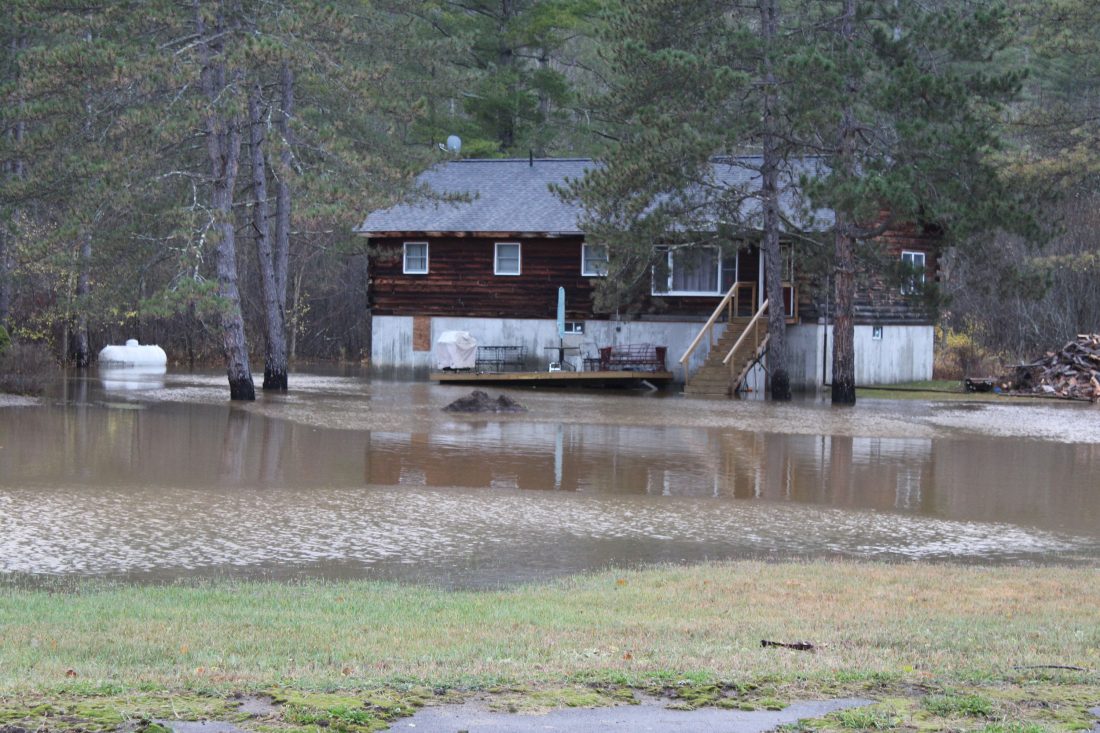 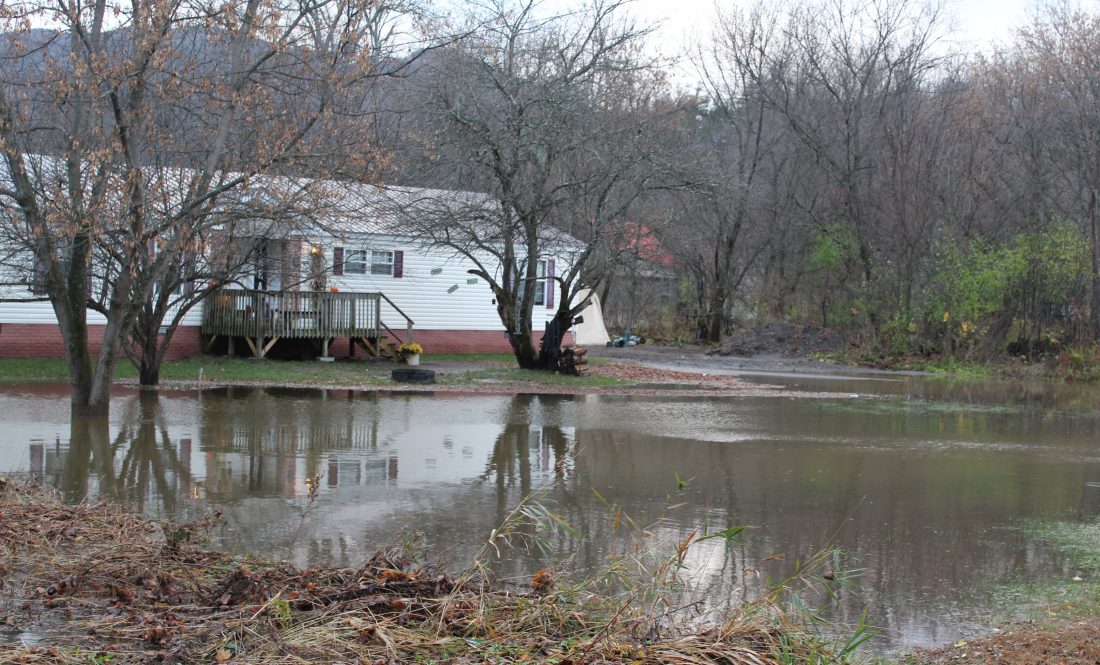 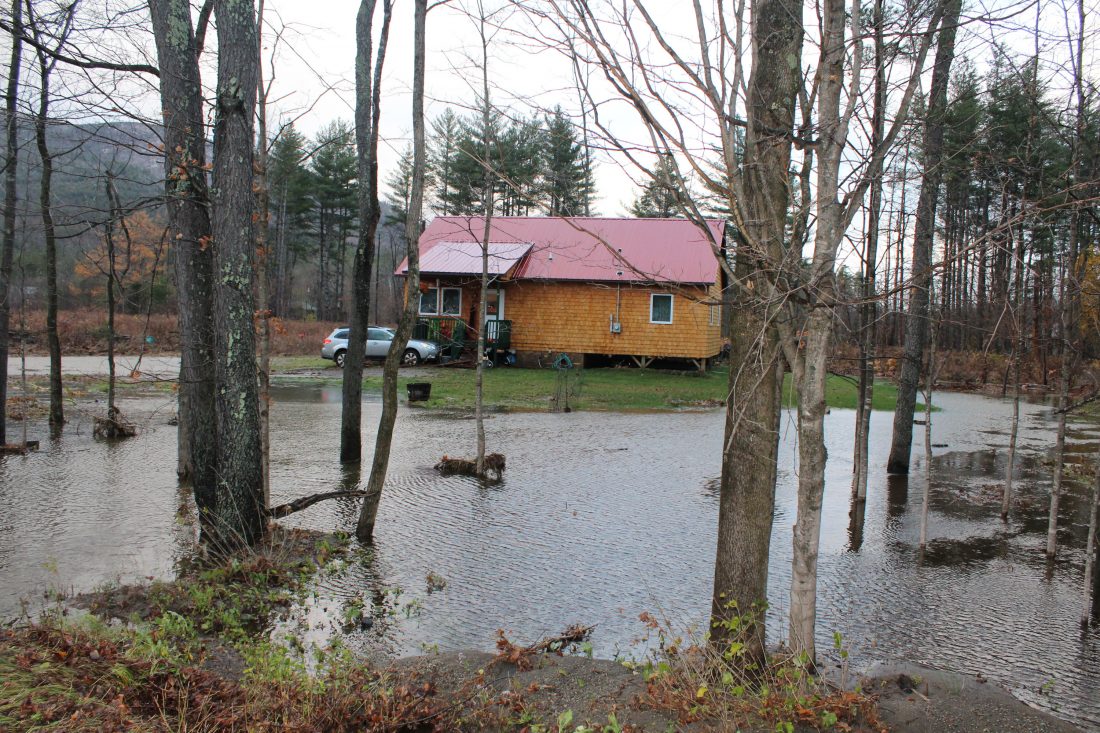