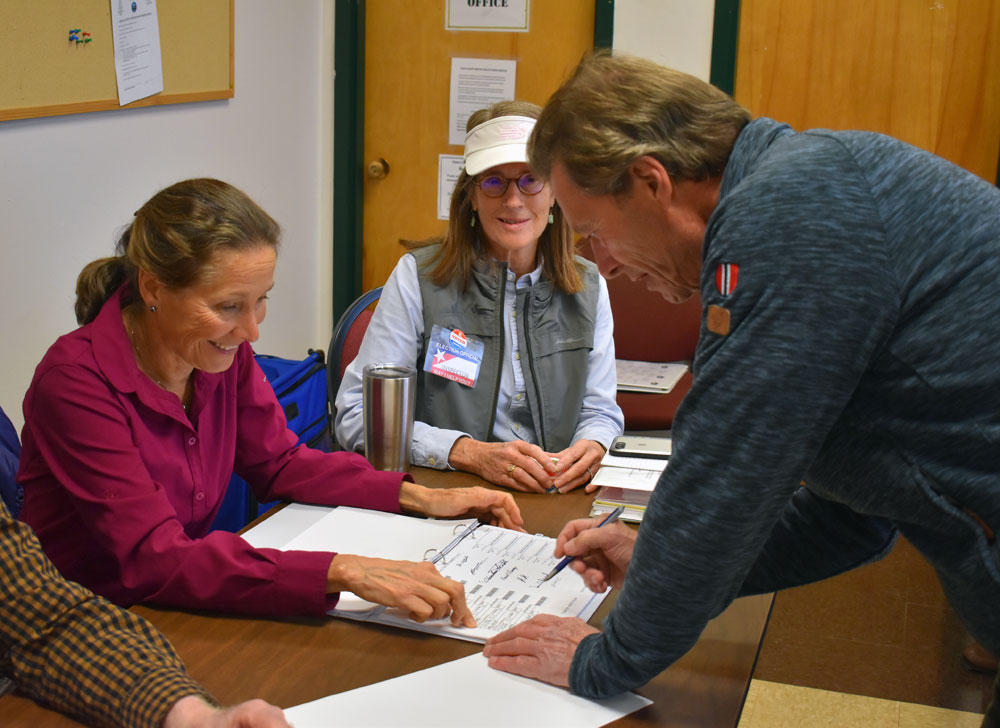 LAKE PLACID — Jay Rand appears to have clinched the North Elba town supervisor position, and candidates Emily Kilburn-Politi and Richard Cummings appear to have secured seats on the town council.

Unofficial results from the Essex County Board of Elections show Rand secured 940 in-person votes on Tuesday and during the nine-day early voting period; Kilburn-Politi, 1,094; and Richard Cummings, 775.

A total of 145 absentee ballots were sent out to North Elba voters, according to the Board of Elections. That creates the possibility of Bob Rafferty, who garnered 699 votes, to secure a lead over Cummings, but not enough for supervisor candidate Derek Doty, who got 648 votes, to overtake Rand.

Rand will take over for Roby Politi, the town’s supervisor for the last 12 years, come Jan. 1. Politi decided to step down this year and not seek reelection. 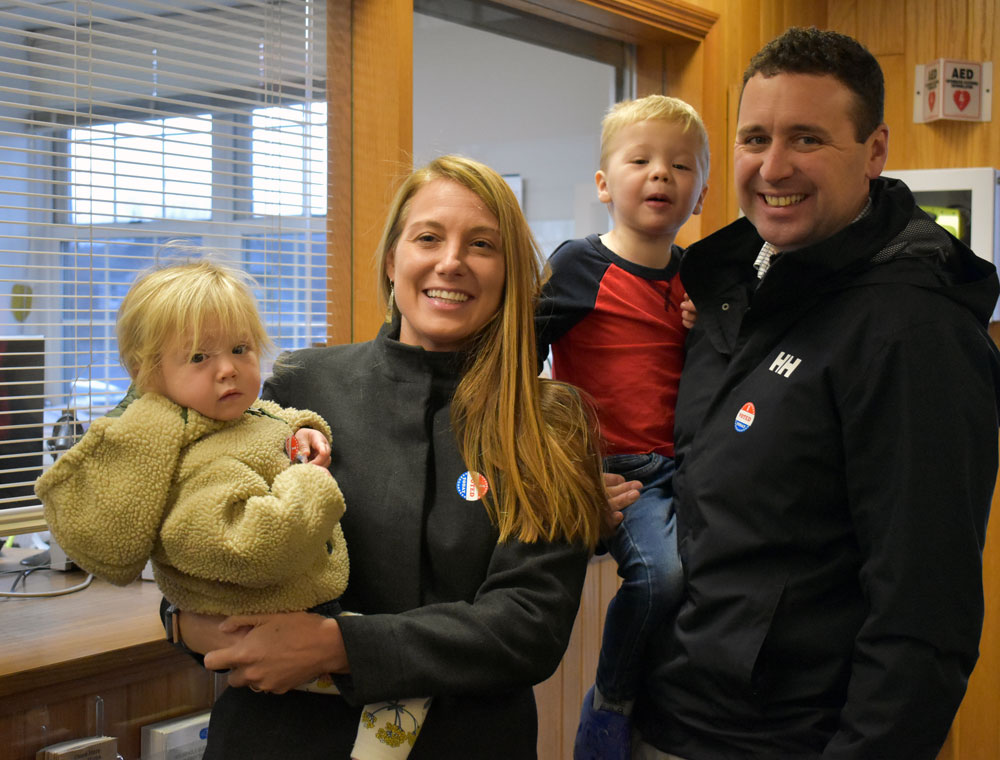 “I feel great,” Rand said Tuesday evening. “I think it was a really respectable race and certainly kept all of us on our toes working hard.

“I really respected everything the other candidates did, and I thought it was it a good race. “I’m excited. I think I can do a really good job for the town, and I know I’ll work hard and listen to people.”

Doty, who came in second, congratulated Rand on his win.

“There’s never been that many people that have run since I’ve been on,” he said. “I’m looking forward to continuing to work with Derek (Doty). He’s an excellent councilor. Emily and Richard Cummings will be a great asset as well. I look forward to absorbing all they have to offer and go forward as a team.”

Voters’ footsteps echoed through the North Elba Town Hall, one of two polling stations for this town, like a steady drumbeat from the time the polls opened at 6 a.m. to when they closed at 9 p.m. Five minutes to polls closing, 14 people packed the entryway, some selling raffle tickets for a senior fundraiser, others carrying clipboards and representing political committees, while others were candidates themselves — Mihill chatted with friends as he awaited his race’s results. The atmosphere was jovial, people greeting one another as they came and went out the front door.

The scene was similar shortly after the polls closed at 9 p.m. at the North Elba Town House in Saranac Lake, where voters in districts 2 and 7 cast their ballots for sections of the town in the village of Saranac Lake and hamlet of Ray Brook. A small gathering of people — including Doty and Cassidy — waited for the results to be posted.

Town Clerk Laurie Dudley, a Republican, ran unopposed and secured another term with 1,305 votes. Deputy Highway Superintendent Kenneth Porter, a Republican, also ran unopposed, garnered 1,287 votes, and will be sworn in as the town’s highway superintendent at the start of the new year. The incumbent, Larry Straight, decided not to run for reelection.

Cummings was not immediately available for comment Tuesday night. But Kilburn-Politi thanked everyone who voted for her.

“I’m thrilled and honored and humbled to have won, and I’m excited to get to work in the beginning of January and do all my work on the housing committee before I get there,” she said. “I’m so thankful to everyone that voted for me and I look forward to working with the board moving forward.”