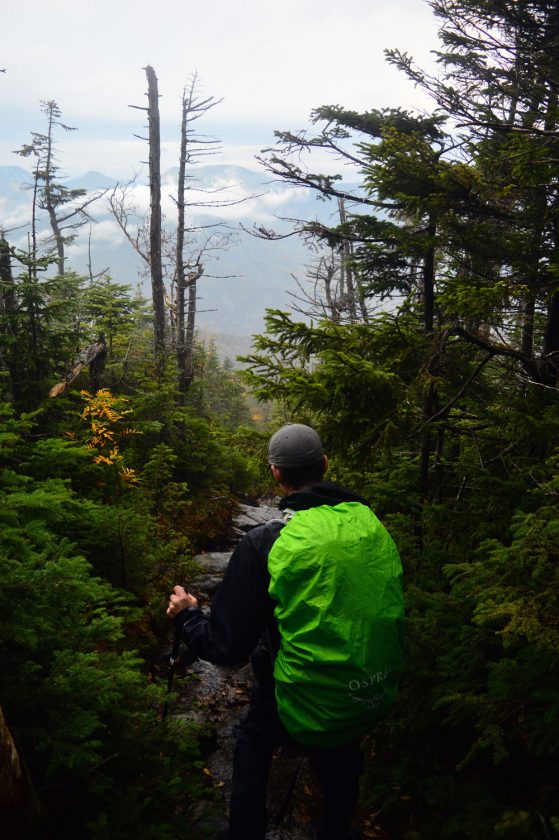 State Department of Environmental Conservation Commissioner Basil Seggos on Thursday announced the creation of a committee to recommend solutions to problems spurred by increased tourism to the Adirondack High Peaks region.

The 13-member committee is being asked to put together a “strategic planning framework” that will include policy recommendations designed to accomplish five main goals: ensuring the public’s safety, protecting the trails and natural resources, providing visitors with a good outdoor experience, supporting the local economy and making science-based decisions based on data.

The group will also have the ability to make recommendations on the department’s priorities and determine whether more data is needed to inform decisions.

Seggos’ announcement comes one day after Gov. Andrew Cuomo called High Peaks overuse “a legitimate issue” and told reporters he has spoken with the DEC about concerns raised by local officials and environmental advocates.

The announcement also comes after a hiking season that attracted more visitors to the Adirondacks, especially to trailheads leading to the High Peaks and Giant Mountain Wilderness Areas, than many local officials had seen in years. The crush of tourism, paired with an expanded roadside parking ban along Route 73 in the hamlets of Keene and St. Huberts, created some confusion and frustration on good weather days as some visitors arrived to hike and were faced with few options for legal parking.

The increased number of tourists has coincided with state-funded marketing efforts to drive visitors to the Adirondacks.

Eleven voting members will serve on the new High Peaks committee alongside two ad hoc members from the Adirondack Park Agency and the state Office of Parks, Recreation and Historic Preservation. Members’ areas of experience include environmental science and forestry, law, local government, transportation, tourism and recreation. The members were selected by the DEC “in consultation with local stakeholders,” according to DEC spokeswoman Erica Ringewald.

This so-called High Peaks Strategic Planning Advisory Group will start meeting sometime in the next few weeks, according to the DEC. When asked, Ringewald did not clarify a specific date but said the first meeting will be this fall and that the group will meet twice a month.

It’s unclear how many meetings will be open to the public, but Ringewald said the group will hold “both public and private meetings.” It’s also unclear what the group’s deadline for offering recommendations will be. The department said the group will submit its strategic framework to Seggos “in 2020.”

The department said in a news release there will be opportunities for “broader public input.” Ringewald added that “additional stakeholders and experts” will have the opportunity to participate in the months ahead.

The DEC’s acting Executive Deputy Commissioner Judy Drabicki will guide the department’s planning process, according to the DEC, with support from the department’s Division of Lands and Forests Director Rob Davies and Region 5 Director Bob Stegemann.

Reaction to the new High Peaks committee has been mixed.

Jay Rand, supervisor-elect of the town of North Elba, said he thinks the formation of this group is a good thing.

“Hopefully they’ll come up with good, sensible solutions,” he said. “It’s definitely needed and it sounds like a good, solid group.”

Rand said solutions to problems facing the High Peaks need to come through a collaborative, team effort and he’s glad to see representation from the town of Keene and Essex County.

Rand added that if asked, he’d love to contribute.

Adirondack Mountain Club Executive Director Neil Woodworth said he thinks the committee is being formed now to begin the task of trying to develop measures to enhance user education and to develop programs that will spread users out into other areas of the Adirondacks that aren’t as heavily saturated.

But while he believes the formation of this group is a positive development, he said he wished there was more representation of the Lake Placid side of the High Peaks Wilderness, as well as the hiking community in general.

The Adirondack Mountain Club owns one of the busiest trailheads in the state. According to Woodworth, it welcomes upward of 60,000 people to its Adirondak Loj trailhead every year.

Willie Janeway, executive director of the Adirondack Council — who does have representation on the new committee — hailed the governor and the DEC in a statement following Seggos’ announcement.

Janeway said a strategic framework like the one described by the DEC as a goal for this group could “identify, detail and coordinate the management goals, education efforts, front and backcountry infrastructure, and identify fair user-friendly options to limit use at some locations on peak dates, such as with permits or reservations.”

With the new group having its first meeting this fall, Janeway said he hopes that a plan could coincide with the completion of the next state budget in April 2020, “so necessary funding for additional rangers, other staff, and partnerships can be in place to start implementation in time for the first peak weekends in May.”

“We applaud the Governor and DEC for recognizing that New York’s successful investment in tourism promotion has led to significant recreational pressure on some areas of the Adirondack Park, threatening natural resources and the wild character of the landscape,” Janeway said in a statement. “We are eager to work with and support this effort, bringing to the discussion current data and information on the latest techniques and best practices for user management and public education that can sustain our precious and fragile wilderness areas for generations to come.”

Members of the committee

¯ Shaun Gilliland, chairman of the Essex County Board of Supervisors

¯ James McKenna, CEO of the Regional Office of Sustainable Tourism

¯ Joe Pete Wilson Jr., supervisor of the town of Keene