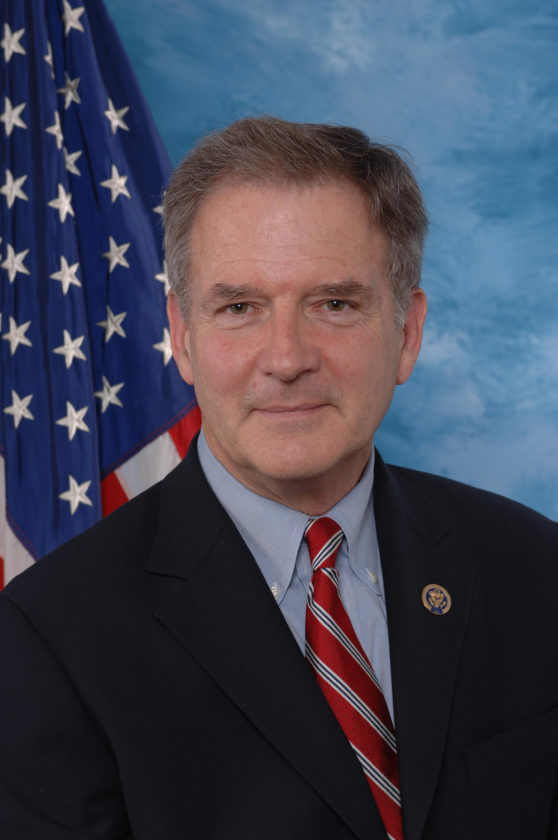 Bill Owens is seen in his official congressional photo when he was the North Country's member of the U.S. House of Representatives.

“In a sense it’s pretty obvious that most Republicans have made up their mind already and they’re not really searching for the truth,” he told the Press-Republican Friday.

“I will say this, I think a lot of Democrats in the House have already made up their minds as well and, to me, that’s a problem because they need to be searching for the truth.”

Owens said he would ascribe Stefanik, R-Schuylerville, the same criticism.

“I don’t think she’s out there looking for the truth. I think she’s playing a partisan role.”

Owens has been surprised by some of the people who have come forward to testify.

Those include U.S. National Security Council Director for European Affairs Lt. Col. Alexander Vindman as well as the witnesses who testified publicly this week: George Kent, a deputy secretary of state, and Bill Taylor, the top U.S. diplomat in Ukraine.

Vindman sat in on the July 25 call between President Donald Trump and Ukrainian President Volodymyr Zelensky that set off the inquiry.

The investigation seeks to determine whether Trump withheld the release of military aid to Ukraine in exchange for investigations into former Vice President Joe Biden and his son Hunter.

Owens said he is most surprised that Lev Parnas — one of Trump personal attorney Rudy Giuliani’s associates who has been indicted on campaign finance charges –has said he would be willing to testify.

Owens brought up how Rep. Joaquin Castro, D-Texas, outlined in his questioning of Kent and Taylor that attempted crimes are still crimes.

“There are a lot of crimes that are attempts, so this was an attempt at bribery so it constitutes a crime,” Owens said.

More importantly, the Constitution does not define what constitutes a high crime or misdemeanor, he continued.

“It is determined by whatever the House deems it to be.

“And the Republicans are making a very legalistic argument because I think it’s the only one they have to make.”

At the same time, Sen. Lindsay Graham of South Carolina has said he has made up his mind about the facts and Sen. Ron Johnson has hinted at such, Owens said.

“Well, if they’re going to be jurors then, under the law, if this was a courtroom activity, they would have to recuse themselves as jurors,” which they are not trying to do.

“They can’t have it both ways.”

Owens wants to hear Vindman’s testimony and see the transcript of the July 25 call, instead of the rough version that has been disseminated.

“I’m not sure they were materially different, but I think they were different and I think it would give some real closure.”

He would also like to hear what Parnas has to say and believes that, were former U.S. National Security Advisor John Bolton to testify.

“I happen to think it’s likely to go against the president, but it’s possible it could go the other way.”

Owens believes the actual transcript and possible testimony from Bolton and Parnas could be critical to the Senate’s decision-making process, should the House vote to impeach Trump.

“And if they start to see the second two categories begin to slip in favor of Democrats, you could see Republicans having a significant change of heart.”