Mayor and development board chair comment on Fox Run subdivision 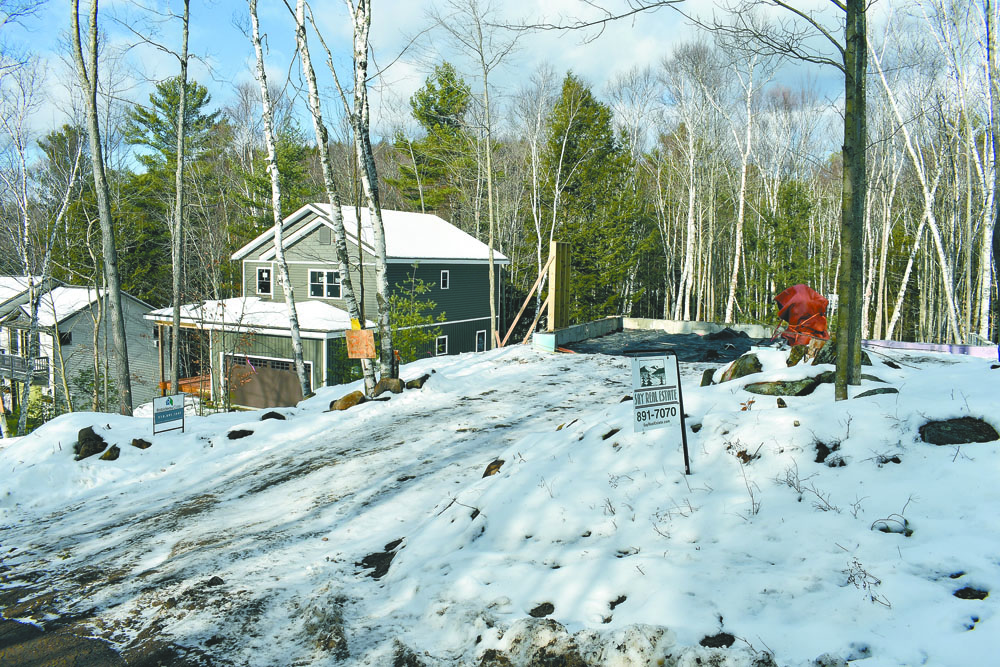 SARANAC LAKE — In May, village Mayor Clyde Rabideau received permission from the village Development Board to subdivide on a lot on Fox Run Road for the purpose of building two single-family homes. Many folks in that neighborhood took issue with his developments.

Three months later, multiple residents from the Fox Run Road neighborhood including Laura Jean Swanson, Jamie Ackerson and Darlene Ploof attended the Aug. 6 development board meeting to voice their concerns over the subdivision. In a recent guest commentary, Stephen McAuley of Saranac Lake was concerned that the subdivision didn’t have a public hearing and residents in that area were not notified of the project. He claimed the board was giving special treatment to Rabideau because he’s the mayor.

“We do not give any special treatment to the mayor,” he said.

“It didn’t need any variance,” Boothe said. “It was totally within the code. He was just asking for a subdivision, and it was all within the square footage requirements. Everything was in line. We didn’t think it was controversial, but after the fact, the neighbors started asking, ‘What’s going on here?’

“I feel like we were acting forthrightly when we approved it.”

Boothe said the development board has a two-pronged objective: protecting the village and helping people get projects done.

“I think we did those two things in this case, but the neighbors seem to think otherwise,” he said. “They should’ve bought the lot if it was going to be this controversial.”

McAuley also took issue with village attorney Janelle Lavigne representing Rabideau Corp. at this meeting. According to minutes from that meeting, development board member Bill Domenico asked who would represent the village if this matter was challenged. Lavigne said she would.

Boothe said the board was surprised when they saw Lavigne representing Rabideau.

After she explained that she would represent the village if necessary, the board let the meeting continue, Boothe said.

Rabideau said he understands people’s concerns with him having the village attorney as his personal lawyer.

“Her first priority is the village of Saranac Lake,” he said. “If there is any conflict of interest she would represent the village and recuse herself from me.”

Going forward, Rabideau said he would find different representation when he brings projects in front of the development board.

“People in political office should avoid the appearance of impropriety,” he said.

Rabideau received a partial building permit for 19 Fox Run Road that would allow footing and foundation on July 30. He then received a full building permit Aug. 27. For 21 Fox Run Road, he received a partial permit, again for footing and foundation, on Sept. 25 and a full permit Nov. 19. Village Code Enforcement Officer Patrick Giblin said Rabideau did not violate his partial permits and waited to receive his full permits before continuing development.