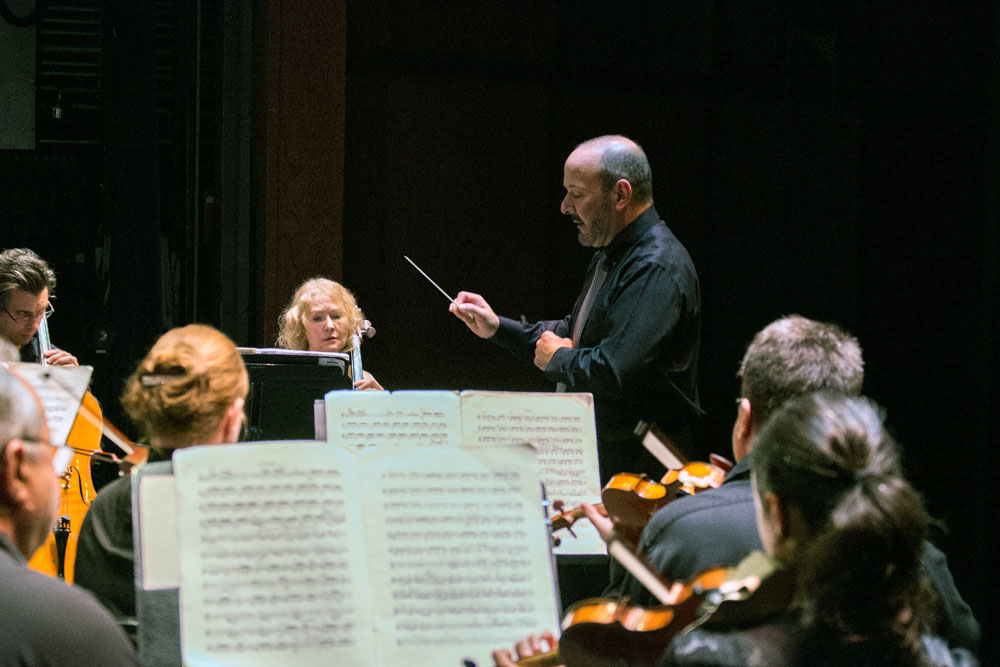 Stuart Malina says being a conductor is a lot like being a coach. (Photo provided)

LAKE PLACID — While his high school friends may have been listening to contemporary bands such as U2, the Cure and the Police, Stuart Malina listened to Beethoven sonatas.

“I was that nerdy kid in high school, and to this day I know very little about popular music that my friends like,” he said. “I was listening to opera and playing piano at home. I’m a very good sight reader, so I’m able to read almost anything that’s put in front of me, and I would spend my days just reading through lots of music.”

Malina was recently hired as the new music director and conductor for the Lake Placid Sinfonietta, an orchestral group that has been performing in the Adirondacks since 1917.

Malina just entered his 20th season as music director and conductor of the Harrisburg (Pa.) Symphony Orchestra, where he has built a reputation for orchestra building and multi-faceted versatility. Malina has also worked with the Greensboro (N.C.) Symphony Orchestra, the Charleston (S.C.) Symphony Orchestra and the Florida Orchestra. He made his Carnegie Hall debut in February of 2007, conducting the New York Pops in an all-Gershwin tribute including “Rhapsody in Blue,” which he conducted from the keyboard. In June 2003, he won a Tony award for orchestration with Billy Joel for the musical “Movin’ Out.” Malina holds degrees from Harvard University, the Yale School of Music and the Curtis Institute of Music. He lives in Harrisburg, Pennsylvania, with his wife, Marty, and their two teenage children, Sara and Zev.

Since his early childhood, Malina said he was surrounded by music. His parents, though not professional musicians, were avid music appreciators and started getting Malina piano lessons when he was only 4 years old.

“My dad and mom both played the piano,” he said. “They both loved to sing. We sang showtunes in the house a lot. They were part of the Gilbert and Sullivan troupe in town and would perform those operettas. They would take us into New York City –we were only 25 miles north of the city — and we would go to the Metropolitan Opera and the New York City Ballet and lots of Broadway shows.”

Malina said the role of the conductor is hands-on and requires a great deal of cooperation with the musicians.

“The primary job of a conductor is to know the music, interpret the music as he or she wishes to do and then convey to the orchestra what that vision of the music is,” he said. “It’s a huge job. It’s not as simple as saying, ‘This is what I want you to do.’ It’s kind of like a coach — getting the musicians to rise to a higher level in terms of the inspiration they put into the music. But it’s very in the moment. It’d be like a basketball coach running around the floor with everyone and saying, ‘Pass here. Dribble there.'”

Because access to music is easier than it’s ever been, Malina said getting new people interested in live, classical music can prove difficult.

“Right now, we’re living in a time when any kind of music is available any time of day or night,” he said. “You can stream music online. You can order pay-per-views. You can watch DVDs. You can go to YouTube and see any performance that’s ever been given of any kind of music. So getting someone who doesn’t think they like classical music to come to a concert in the first place, that’s the challenge.”

Malina said getting people in the doors is the tough part, but once they’re seated, most folks will enjoy classical music.

“Then it’s a question of being excellent and representing the music well and choosing music that will speak to people,” he said. “Even then, it’s not going to be for everybody, but I have yet to meet too many people who come to a concert that I’ve done and leave thinking, ‘That was a horrible experience.'”

Despite orchestras’ tendency to play straight from the original composition, Malina said no two performances will sound the same. It’s not like a cover band performing a song exactly how it sounds on a record. The orchestra musicians don’t add or take away from what’s written down, but how fast or slow, and how loud or soft they play can make a world of difference, Malina said.

“Some of these pieces we play are hundreds of years old, and they’re still being played for good reason — they’re works of art,” he said. “In a sense, it’s like going to the Louvre and seeing ‘Winged Victory’ or the ‘Mona Lisa.’ It just doesn’t really get old. Every time you see a piece of art like that, you’re seeing it with fresh eyes. And in the same way, or even more so, every time you perform Beethoven’s symphony, it’s having a different breath breathed into it by the performers. They’re re-creating this work as though it’s never been played before.”