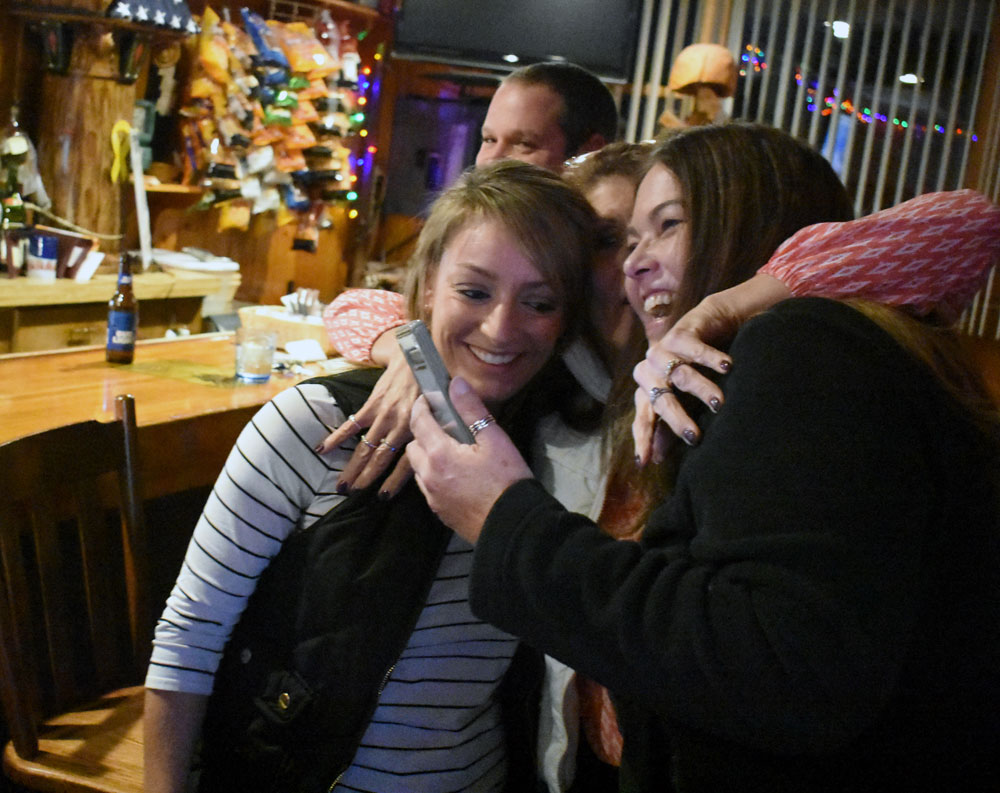 TUPPER LAKE — A hotly contested town board election resulted in the two incumbent councilwomen appearing to keep their seats.

They were at the VFW when they found out and ran around, excitedly hugging and high-fiving anyone nearby and yelling, “We did it!” before meeting up and hugging each other.

Uncertified results showed that Luton got 516 votes while Fontana got 503. Dean Lefebvre, a former town supervisor, got 452 votes, and Daniel “Boonie” Carmichael, a well-known business owner and campaigner, got 427.

Lefebvre and Carmichael, both Democrats, ran as a duo to unseat the incumbents.

Lefebvre left the Knights of Columbus building, where he had been waiting for the results with his fellow Democrats, after the results came in to congratulate the two councilwomen on their victory at the VFW, where the Republicans traditionally hang out on election night.

“It’s hard to beat the Republicans in Tupper Lake,” Lefebvre said on his way out.

“Honestly, I feel sorry for Tupper Lake,” Lefebvre said before he hung up the phone with Carmichael.

The Democrats had said they did not think Luton and Fontana participated on the board enough and that the board always has consensus, with little to no dissent.

Luton said the two of them participate in the discussion, and Fontana said she thinks the board gets lots done without arguing.

“We don’t all sit back and just all agree,” Luton said. “We all have conversation. We all want to move forward. We don’t want to backtrack.”

“I think that people have accepted and look forward to arguments and banter sessions and discord that exists on a board,” Fontana said. “I think our board does wonderful work.”

The two said they had been worried that if only one of them won, the character of the board would have changed.

They felt the campaign the Democrats ran had been negative and aggressive toward them. The Democrats, and the candidates, did not think so. They said they brought up many of the gripes they have with the board, but do not think they did so in a nasty way.

Carmichael said the board was not transparent and that it had left many of his Freedom of Information Law document requests unfulfilled.

Fontana said she believes the board is more transparent that people think, and that she would appreciate if more people came to her with questions.

Fontana and Luton said they consider themselves the “next generation” of Tupper Lake.

Levebvre said he was done with politics, but he has said that before.