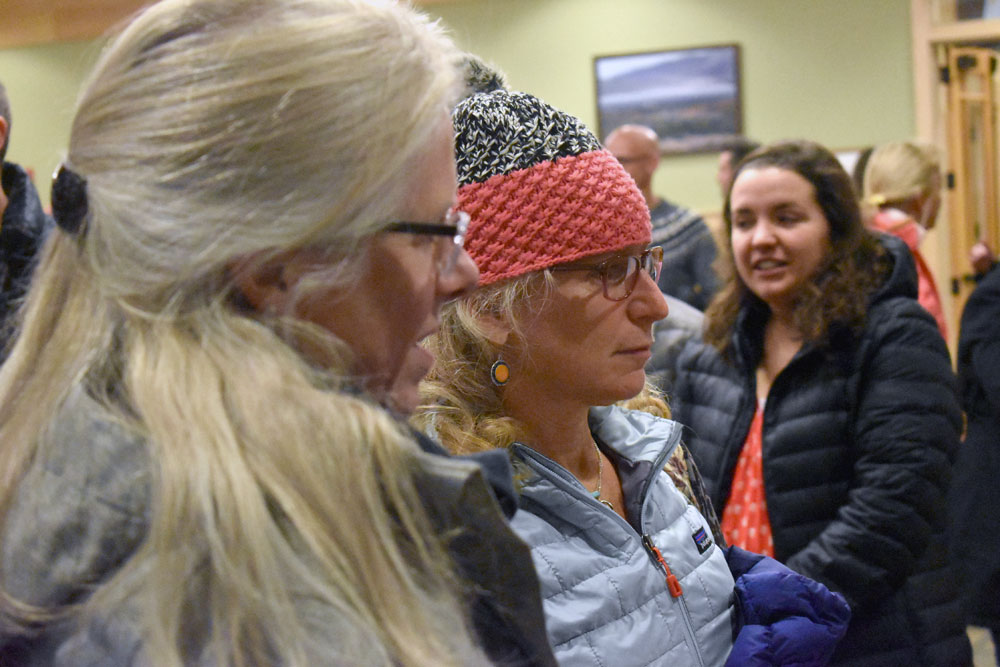 LAKE PLACID — Between 50 and 70 locals turned out Tuesday for an informal meeting gathering input on Lake Placid’s housing crunch. The general consensus: More housing and short-term rental regulations are needed, and residential neighborhoods should be preserved.

The meeting was hosted by the North Elba-Lake Placid Development Commission’s Joint Community Housing Committee, or JCHC. It was held at the Conference Center and featured a presentation by Camoin 310, the consulting firm commissioned to conduct a three-month study on affordable housing and the impact of short-term vacation rentals on the local housing market.

This ongoing study will assess Lake Placid’s existing housing stock, identify gaps in the market, look for ways to improve the availability of affordable and workforce housing, and examine the impact of short-term rentals on the housing market.

The results of this study will provide a wealth of information local officials can use to build public policy, according to JCHC Chair Emily Kilburn-Politi.

She hopes the study will also underpin other efforts to improve the local housing market. 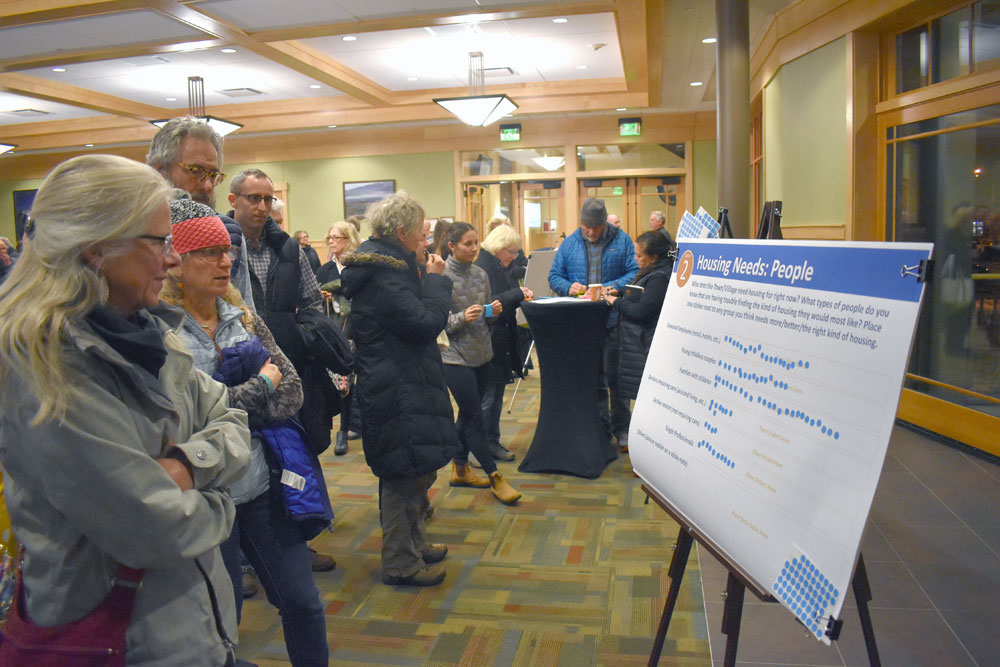 “You need this data to write grants,” she said. “There’s going to have to be public-private partnerships. If you can identify these gaps, if you can identify that there’s this strong market for people who are trying to rent homes at $800 per month, and it’s one bedroom — with all of those things, we can hopefully entice a private developer.

“We’re not just doing this to do it,” she added. “The goal is to have some end results that matter, so we have data that directs our policy but also brings other people in, brings grants in and brings private developers in.” 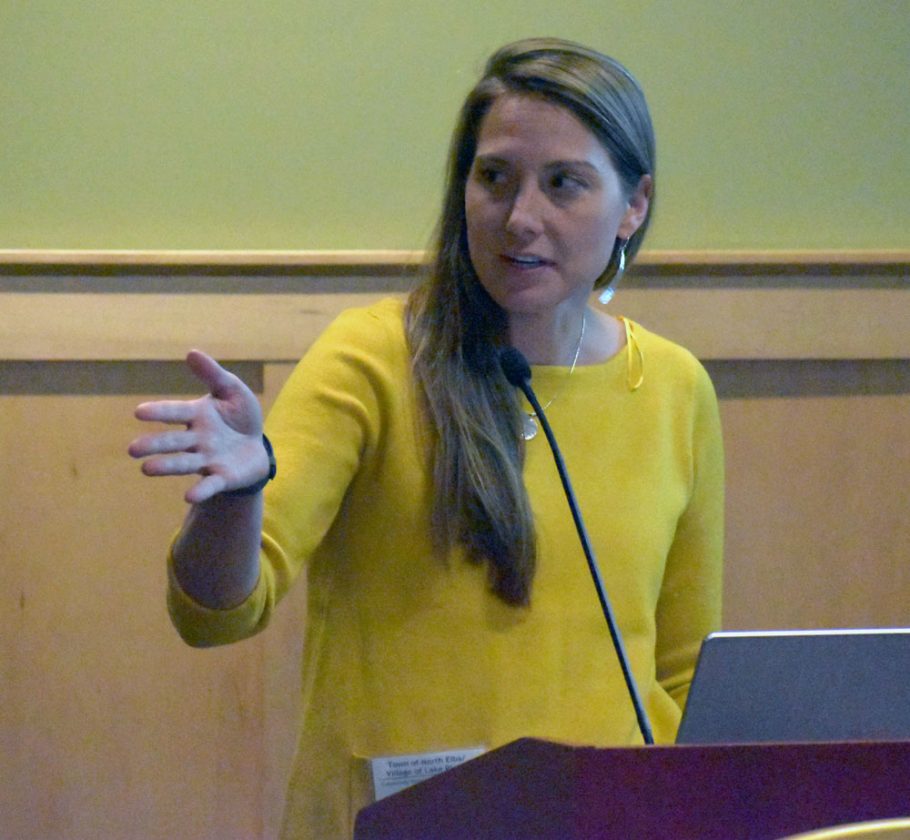 In his presentation, Camoin 310 Project Manager Daniel Stevens outlined data that supported what many residents already knew: The year-round population, as well as enrollment at Lake Placid Central schools, has continued to decline for years.

“Obviously this is an issue facing many North Country communities,” Stevens said. “But it is an issue and housing is a piece of the puzzle.”

The percentage of Lake Placid’s housing stock that is used seasonally or recreationally — 1,630 units, or 34% — nearly matches the 35% of homes, or 1,701 units, that are owner-occupied. Just 7% of the local housing stock is vacant, and 24% is occupied by long-term renters. The number of short-term rentals in the Lake Placid area has increased by 177% since November 2016.

One new statistic, in particular, seemed to encapsulate many residents’ concerns with the current state of the local housing market: The average family making $54,200 per year would need to make an additional $16,400 to be able to afford a median-priced home in the town of North Elba. 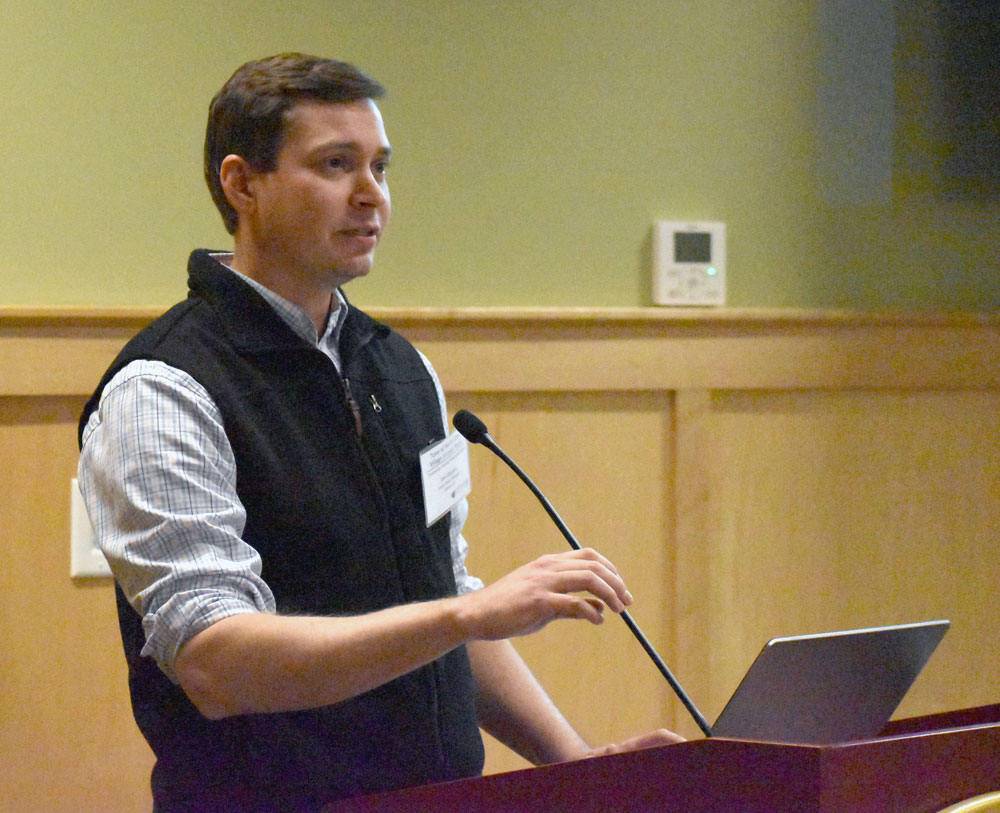 Jennifer Ledger, a real estate agent who lives in Lake Placid, said she and her husband Pat Ledger know first-hand that it isn’t cheap to build more housing. But it’s needed to support a healthy workforce to sustain the local economy.

“We need more affordable housing for people to work here,” she said.

She sees a direct correlation between the diminishing availability of workforce housing and the growth of the short-term rental industry, and said that industry constitutes a business, which should be barred from residential areas. She and her husband both spoke in favor of short-term rentals being required to charge guests a resort tax.

“There are businesses in residential areas, and I don’t like that,” she said. “I think we do need restrictions, and I think (when people buy homes to rent) they expect restrictions.

“Hopefully this will make the town come to a decision. We need some answers, and we need some changes soon.” 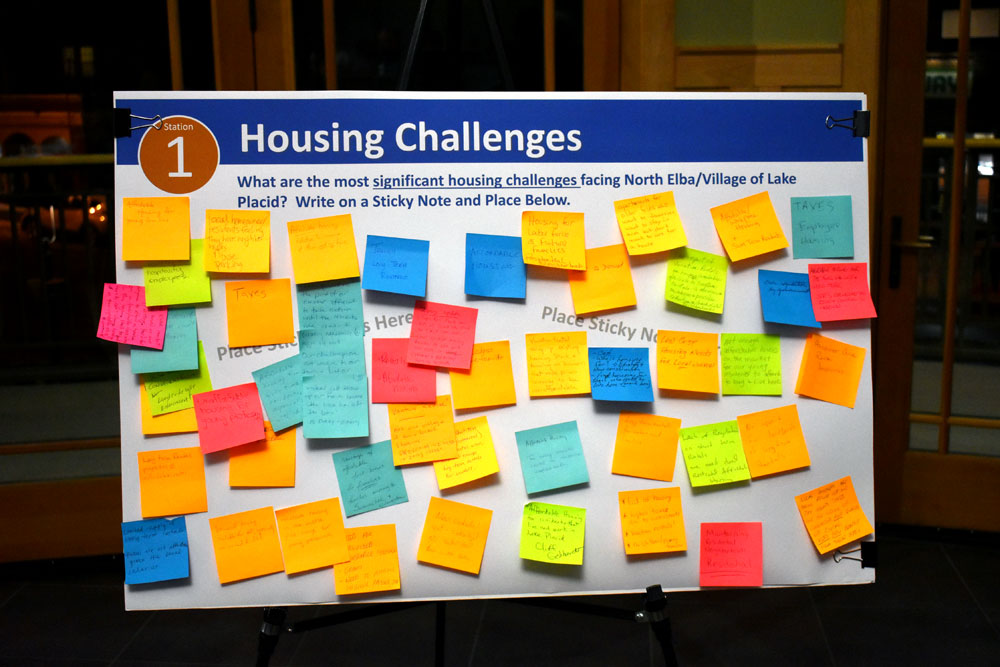 Residents were asked to weigh in with stickers and sticky notes. 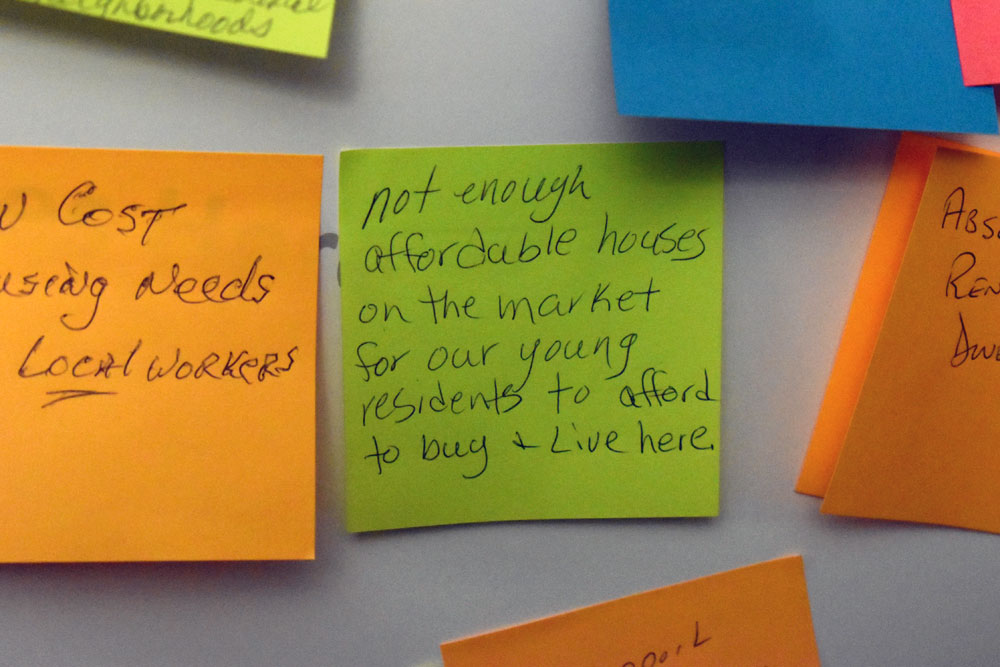 Asked how they would characterize the number of short-term vacation rentals in the town and village, the vast majority — more than 60 people — said they believed the area “need(s) a lot fewer” of them, according to the poll. Nine people said the area needs “a little bit fewer” rentals, five people said the town and village have “just the right number” of rentals, and one person said the area needs “a lot more” rentals.

Asked what the positives of having short-term rentals in the area were, 48 stickers filled a box indicating the industry provides local people with the opportunity to make some extra income; 33 were placed by a box saying they provide “the type of accommodations visitors want”. Thirty-one stickers indicated voters don’t think there are any significant benefits. Just 11 people said the industry supports the local tax base. Six said having rentals increases visitor spending, and six said short-term rentals provide employment opportunities.

And asked the negatives of the industry, the majority of stickers were placed in three categories: “occupying housing need for residents/workers,” “drives up housing prices” and “changes the character of neighborhoods.” Just five stickers appeared in a box indicating there were no significant negative issues.

Asked to place dots by the type of housing they believe Lake Placid needs more of — cottage homes, traditional single-family homes, townhouses, senior apartments, apartment buildings or mixed-use buildings with apartments and retail storefronts — the vote was close. There were 41 stickers for single-family homes, 37 for small or cottage homes, 35 for apartment buildings, 26 for mixed-use buildings, 24 for townhouses and 21 for senior housing.

Asked what the town and village should do to address housing issues, residents were somewhat mixed.

The most popular solution, with 60 yes votes to three no votes, was regulating short-term rentals. Forty-nine people indicated they believed the municipalities should provide incentives to developers to build the type of housing that’s needed. One person disagreed with that. Thirty-seven people wanted a first-time home buyer assistance program to be created; 24 wanted infrastructure to be built in new areas to support new housing developments. The most controversial measure, changing the zoning code to allow a greater housing density, received 30 yes votes and 13 no votes.

Residents were also asked what they liked most about living here, a question designed to gauge what kind of community locals want Lake Placid to be in the future.

One local child, Tyler Erenstone, wrote, “There are nice people.”

With data in hand, the JCHC will work on finalizing additional questions for an online survey to be released in the next few weeks, according to Kilburn-Politi.

The full results of the housing study are expected to be made public by mid-January.