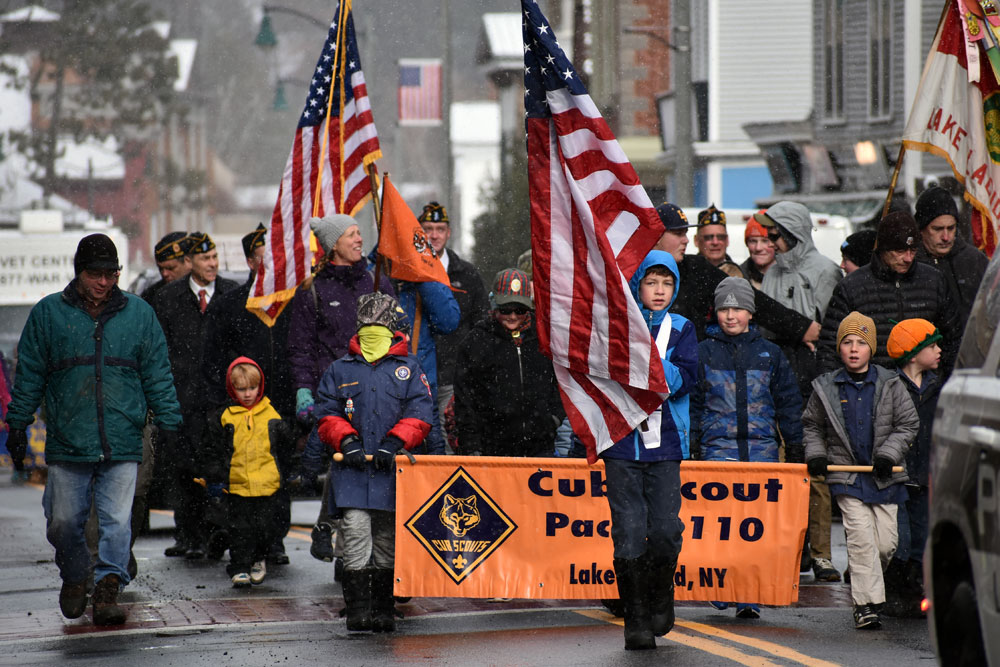 LAKE PLACID — Plummeting temps and a steady sprinkling of snow didn’t deter residents from showing up in support of local veterans on Monday.

Bundled up in winter coats, hats and gloves, members of the local Cub Scouts Pack 8110 led a procession of firefighters, students, veterans and others down Main Street in honor of Veterans Day.

Earlier that morning, flags had been lowered and raised at the Adirondack Community Church in honor of Ray Donnellan and Paul Thornton; at the Lake Placid Adirondack Medical Center in memory of Dr. Herbert Bergamini and Stanley VanCour; and at Elderwood of Uihlein for Larry Wood and Arthur Volmrich.

The celebration culminated in a flag ceremony at the American Legion Post 326, where flags honoring Dr. Alexander and Marion Spence and Ken Torrance were retired. Those flags were presented to three of their living relatives, Rollie Torrance, Peter Torrance and Sean Torrance. 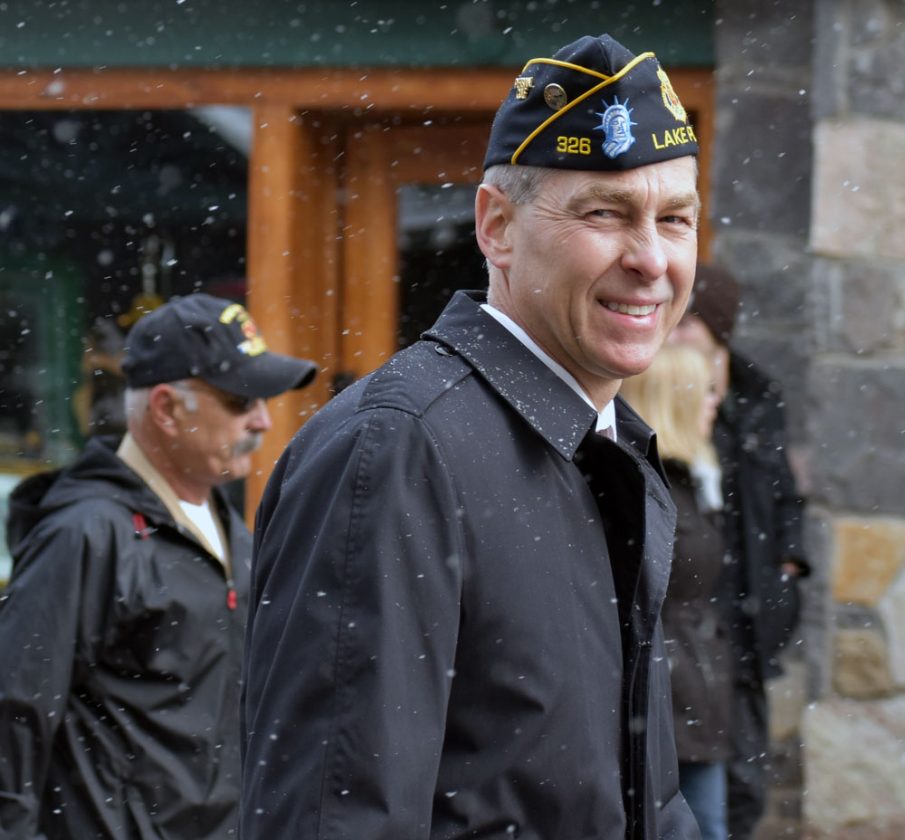 Pratt, who died in April, was a Lake Placid native who served in the U.S. Army from 1961 to 1963. He was a beloved teacher and athletic director at Lake Placid schools, and later became the director of sports for the 1980 Winter Olympics. He was named to the Lake Placid Hall of Fame in 2008.

Perry served in the U.S. Navy for more than 20 years. He was born in Lake Placid, and after leaving the service settled in Maine and became a woodworker. He died at the age of 67 last September.

Dougherty, also a Lake Placid native, died last Christmas Eve at the age of 71. In his obituary, he was described as a “hard-working family man” who always found time to visit with friends, enjoy time with his family and care for a rescue cat, Buddy. Dougherty served in the U.S. Navy from 1964 to 1968. 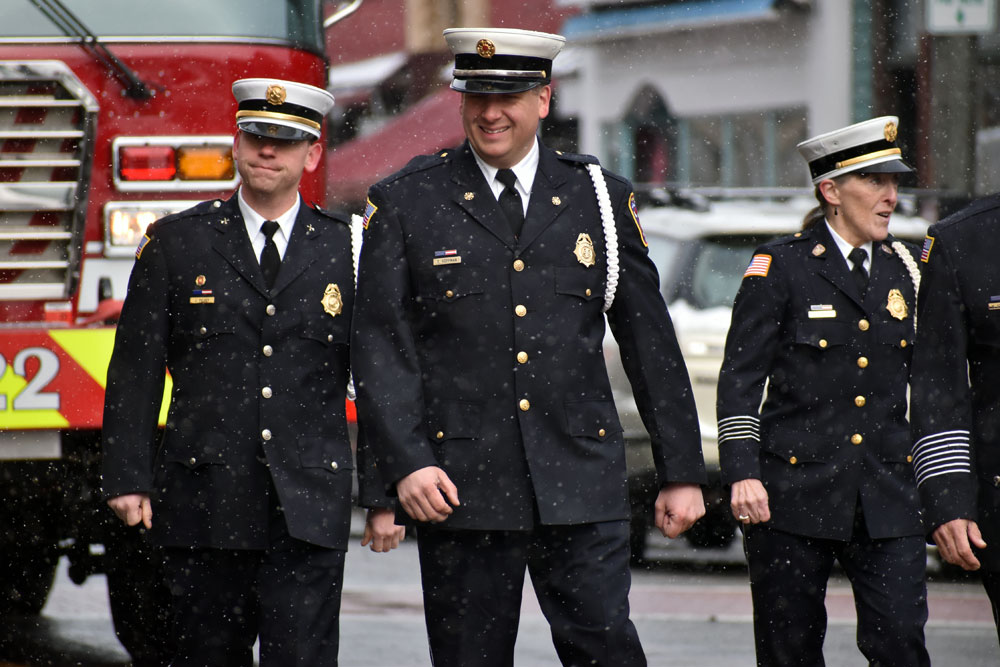