‘Impeach’ sign back on Tuesday after being shut down on Monday 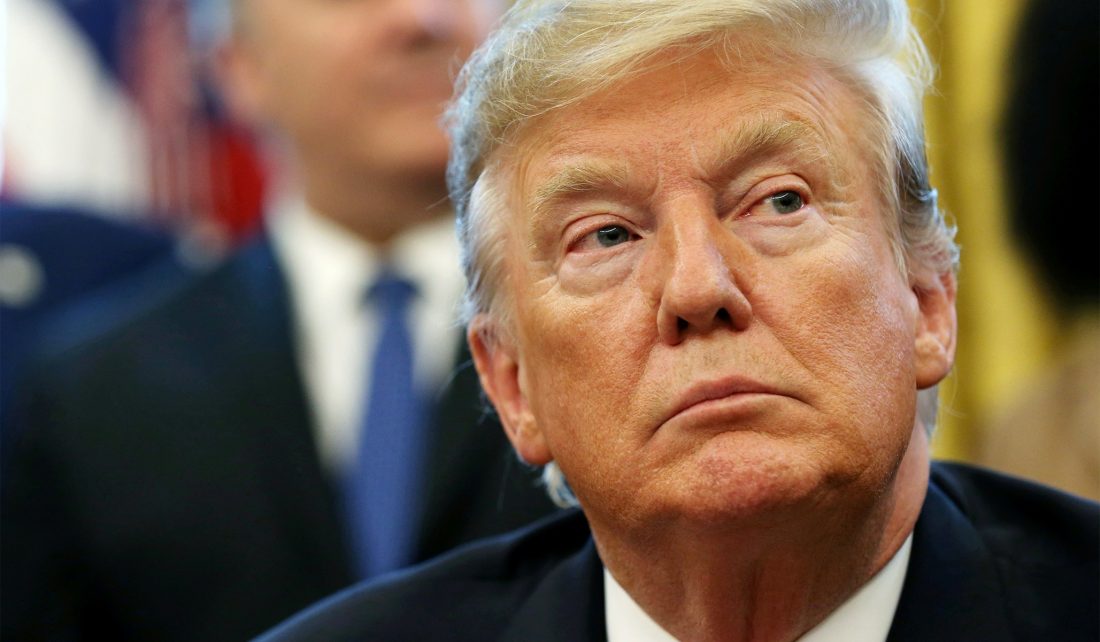 GLENS FALLS — The truck with the electronic sign calling for the impeachment of President Donald Trump was back in the city on Tuesday, the day after a code official had the operator turn off the sign.

On Monday, the sign was parked in front The Post-Star office in the morning until city Code Enforcement Officer Kris Vanderzee showed up and told the operator he needed a temporary sign permit. The truck then moved over to the Glens Falls office of U.S. Rep. Elise Stefanik, R-Schuylerville, on Warren Street, but the sign was not illuminated.

The sign, which is sponsored by the progressive groups MoveOn and Impeach Now, was again parked in front of Stefanik’s office, from 9 a.m. to noon on Tuesday, and was illuminated. A small group of anti-Trump protesters demonstrated on the opposite side of the street and a couple of Trump supporters were standing on the side of the street with the truck at about noon.

Anna Zuccaro, spokeswoman for MoveOn, said Tuesday that the city was mistaken in asking the vehicle to move.

“We were able to confirm that there is no law against having a mobile billboard and no permit is required,” she said in an email.

The city disagrees with Zuccaro about the law.

Mayor Dan Hall said the operator was told to move again on Tuesday.

“We had legal look at it and (he) said it needs a permit,” Hall said, referring to the city attorney.

The city’s code is vague on the issue. It says a permit for temporary signs is required and charges a fee of $25. It also limits political signs to no more than 6 square feet in size.

The city code also includes a section on portable signs. It pertains to signs in front of businesses, however, and does not include any language regarding vehicles being used as signs.

It does say, “no sign of any type may be located so as to cause a visual obstruction for vehicular or pedestrian traffic.”

The code also has a provision on “reader boards,” which says the background, text and graphics shall not change more frequently than once per hour. They also shall not “exhibit animated text or graphics, which exhibit movement, shifting, flashing, changes in brightness, or changing parts or components.”

The impeachment sign was showing a static message and was not changing or flashing.