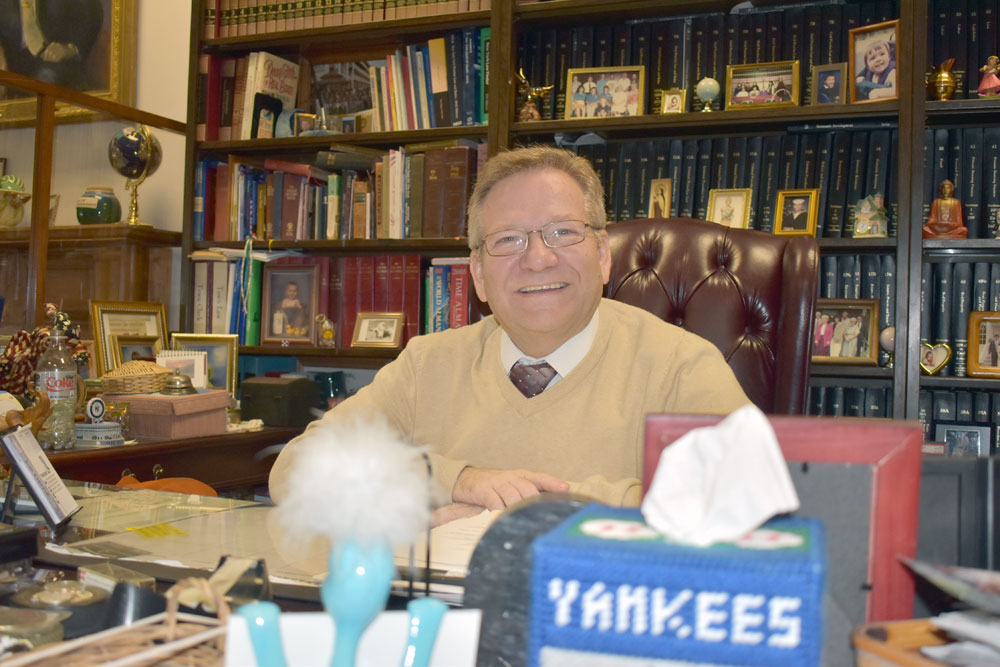 From 8,927 votes cast countywide on Tuesday and during the nine-day early voting period, Provoncha garnered 68% of the votes, or 6,126, according to the Essex County Board of Elections. There were 789 absentee ballots sent out by the Board of Elections for this general election, not enough for Ratliff, who received 2,796 votes, to bridge the gap.

“I’m glad the campaign is over,” Provoncha said. “I think I did a good job, I think my team did a good job, and we’re very grateful for the people who have confidence in me to serve for another four years.”

To Ratliff, Provocha said he “wishes her well.”

Provoncha, 60, of North Hudson, said if reelected he hoped to reconfigure the Elizabethtown DMV office to improve its efficiency; finish scanning a backlog of old documents, a project intended to preserve property records for residents and researchers to access; and finish scanning all the notices of pendency — lawsuits involving real property that he says often include the best descriptions of property boundaries available.

He largely ran on his record, citing the opening of a second DMV location in Ticonderoga during his tenure, and his efforts to open a third DMV office in Lake Placid. He said he’s proud of running a department that’s “financially stable” and regularly generates revenue for the county. Provoncha has fended off a number of opponents during his time in office.

Ratliff, 53, of Westport, is a supervisor in the county’s Department of Motor Vehicles. She initially filed to run on the Republican ballot line, but a successful petition challenge ahead of the primaries by a representative of Provoncha, Chelsea Merrihew, knocked her off the ballot line. She then filed to run as an independent, her petitions were challenged again, but she retained enough signatures to nab a spot on the ballot on the Time4Change line.

Ratliff ran a campaign on improving the fiscal responsibility of the department and boosting morale in the county clerk’s office and DMV. If elected, she said she would find new ways for the clerk’s office to generate revenue for the county.

“I’m disappointed, but I’m very proud of myself,” Ratliff said. “I feel I ran a good, clean, honest campaign and I wish him the best. I tried to do my best to get the word out there that it’s time for change, and the majority are happy with the way it is.”