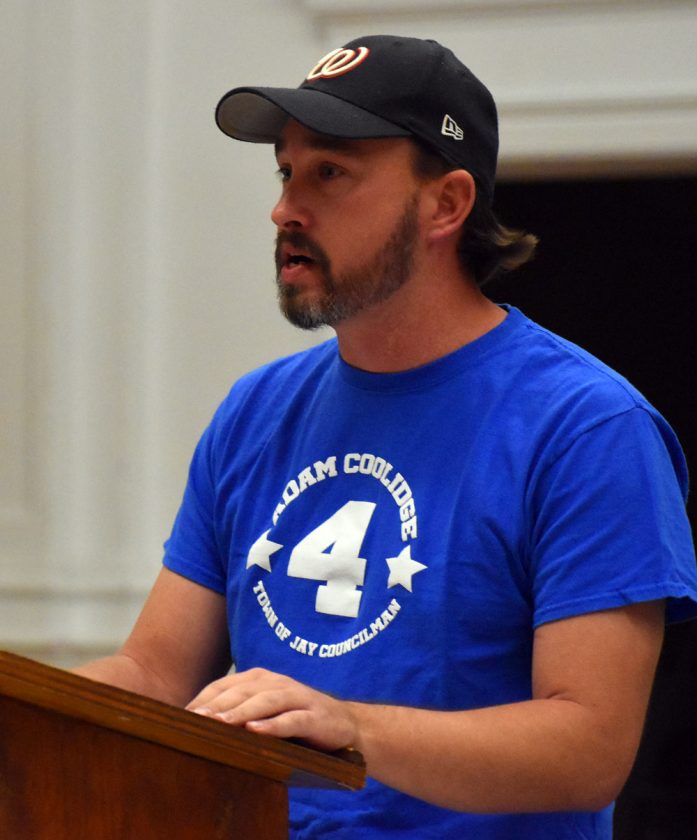 Independent candidate Adam Coolidge has secured a seat on the Jay Town Council.

The Essex County Board of Elections certified the Nov. 5 general election results on Tuesday. With 50 absentee ballots sent out to Jay voters, it was unclear following Election Day if independent Coolidge, who had received 297 in-person votes, would be able to retain his lead over Republican John Sheldrake, who got 267 votes. Ultimately, Coolidge ended up with 315 votes to Sheldrake’s 282.

There were four candidates in the running for two seats on the council. Democrat Wayne Roger Frederick received 261 votes. Incumbent Thomas McDonald, a Republican, kept his seat on the council with 367 votes.

Altogether, 1,434 votes across 717 ballots were cast. Two hundred ballots were left blank for this race and six were voided. There were two write-ins, Tim Lincoln and Erin Himmel, who secured a collective three votes.

Democratic newcomer Knut Sauer ran uncontested and secured a third seat on the council carrying an unexpired term with 464 votes. Sauer will fill the unexpired term of Bob Segall, who forfeited his seat in February, citing health problems and opposition from his colleagues on the board.

This election represents a notable turnover of the town’s council. Half of the four-person board is now newly-elected.

Incumbent town Justice Daniel Deyo, who ran on the Republican and independent Justice party lines, ran unopposed and held onto his seat with 535 votes. There were 179 ballots left blank for this race. Three write-ins — Paul Gordon, Kim Lawson and Ray Losso — secured a collective three votes.