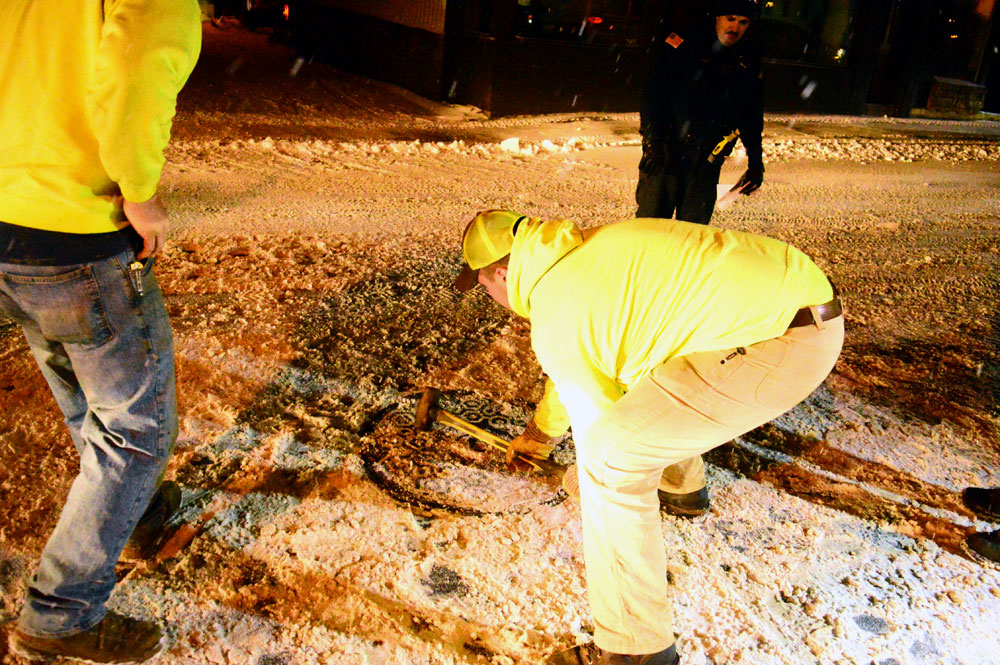 SARANAC LAKE — A manhole cover on Broadway was dislodged by a plow Monday night, but this isn’t the first time it’s happened.

Nathan Hough, a Saranac Lake Department of Public Works employee who was driving the plow, said this happens every year because the manhole, which is owned by the Verizon phone company, is built so that when the temperature and the road shifts, its lip rises above street level. He said he was heading southbound when the plow lifted the cover out, and it rolled down the street, striking the back fender of a van parked on the Broadway Bridge next to Fiddlehead Bistro.

Hough said that after he returned the cover over the open hole in the street, another car came along, hit the loose disk and dislodged it again. Police and more DPW employees showed up and used a sledgehammer to pound the cover back into place and to reshape the lip to hold it in.