Big Brother on the Northway?

Surveillance cameras popping up in recent weeks; DOT spokesman can’t say what they’re for — yet 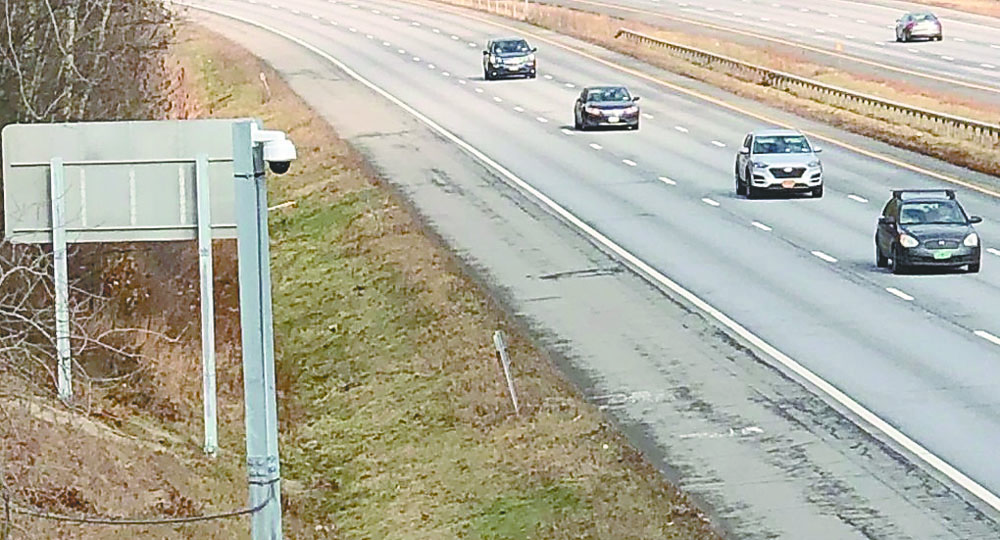 A new surveillance camera was put in place in recent weeks on the southbound side of the Northway just north of the Upper Sherman Avenue overpass in the town of Queensbury. (Provided photo — Don Lehman, The Post-Star)

New surveillance cameras have popped up along the Northway in recent months, but who operates them and why they are there are apparently secrets.

At least three cameras were installed on the highway in Queensbury over the past couple of weeks, on the southbound side near the Sherman Avenue overpass, in the U-turn just north of the Hudson River bridges south of Exit 18 and on the east side of the northbound lanes just north of Exit 19. The one near Exit 19 is attached to a large video board.

A reporter spotted at least four more in Saratoga County during a recent trip south and back, and posts similar to the ones that hold the cameras have been put up farther north along the highway in the town of Lake George.

Two readers reached out to The Post-Star, asking about them in recent days.

Bryan Viggiani, a spokesman for the state Department of Transportation, said during a recent phone interview that he could not discuss the installation of the cameras, but said more information about them would be released when the project is completed in the coming weeks.

Local State Police said they are aware of the new cameras, and there has been no indication they were to be used for traffic enforcement. They referred further comment to the Transportation Department.

The department’s website shows it operates closed circuit camera systems on highways, some of which are shared with the media for traffic reports.

Others are part of what is known as the department’s “Intelligent Transportation Systems” program.

Transportation Department policy requires that the systems not be used to collect “personal identifier information,” according to the website.