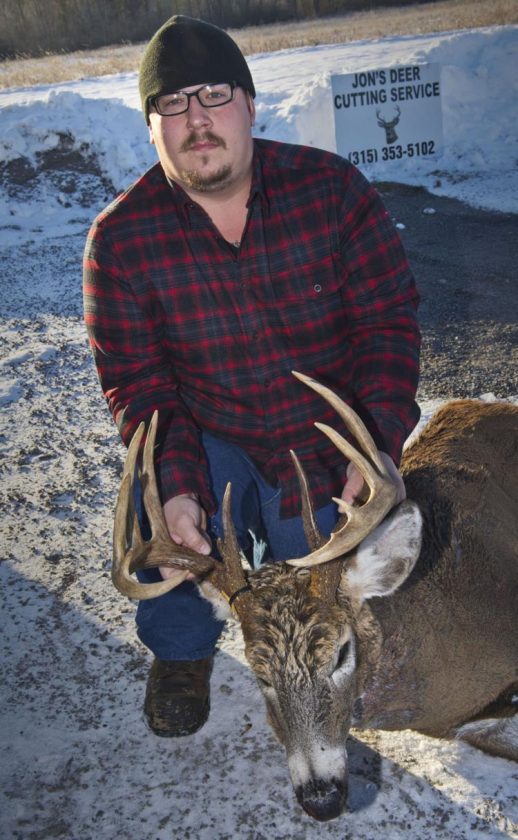 Adam White said his hands would have been shaking a little more had he known the deer he was aiming at was a 14-point buck.

White was sitting in a deer blind last Tuesday afternoon in the Massena area. It was windy, which makes it easier for mature bucks to scent nearby humans. But temperatures were low, which oftentimes makes deer move instead of hunkering down.

At around 4:20 p.m., White said he saw a small doe walk in front of his blind about 80 yards away. It stayed within eyesight for around three minutes.

“All of a sudden,” he said, “I look over to the right, and this big buck stepped out.”

When he trained his scope on the buck, he saw antlers but wasn’t sure how many.

“All I knew was it was a shooter,” White said.

He took the shot, and the buck ran around 40 yards before dropping. He didn’t realize it was a 14-point buck until he walked up on it.

White, 30, has hunted most of his life. He learned from his uncle, who took him out when he was a kid. And he’s never heard of someone seeing a buck of that size where he hunts — exactly where, he decided not to disclose.

“I don’t want a bunch of people to start hunting where I hunt next year,” he said with a laugh.

And last year, he shot an eight-point buck.

“It’s really paying off,” he said of his mentor.