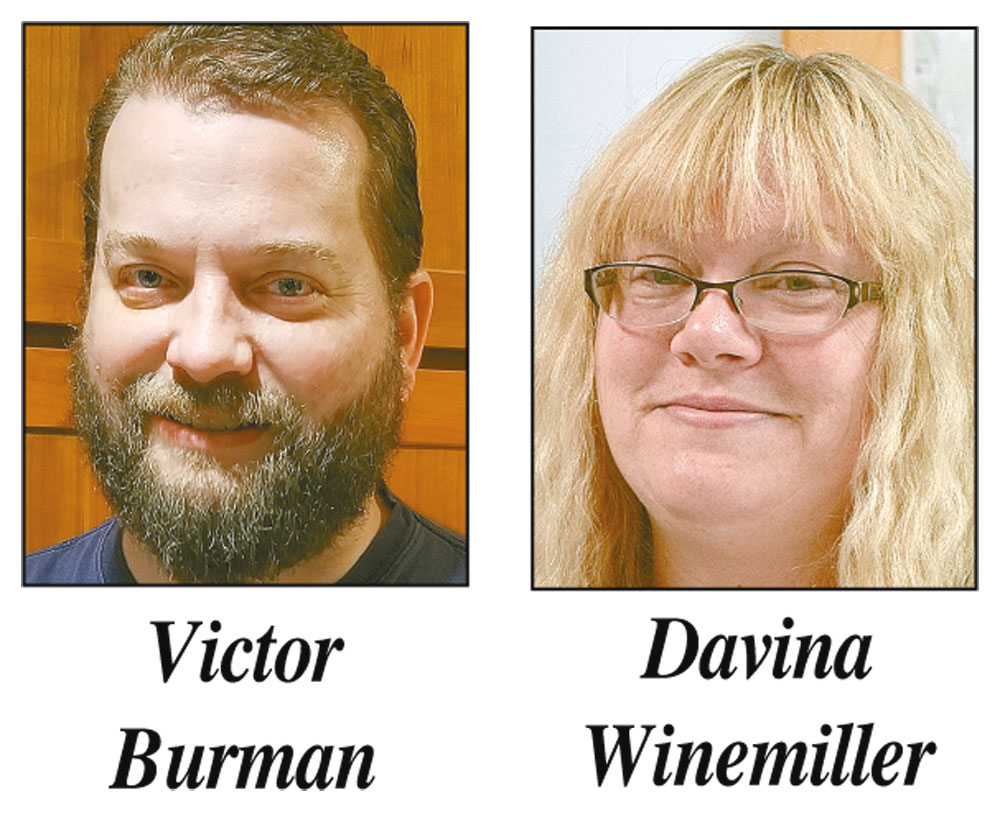 BLOOMINGDALE — The race for St. Armand’s supervisor sees incumbent Davina Winemiller of the Voice of Reason Party going against Victor Burman of the Rule of Law Party.

The winner will finish up the last two years of a four-year term originally held by Dean Montroy. He resigned in May, and Winemiller was appointed to the position.

The town of St. Armand includes the hamlet of Bloomingdale, part of the village of Saranac Lake and the area in between.

Winemiller, who’s originally from Keene and moved to Bloomingdale 30 years ago, said she’s running for election because she feels strongly that she has a good working knowledge of the town.

“There are some new state Department of Environmental Conservation mandates that are coming down the pike that would require additional upgrades to our treatment plant,” she said. “My biggest goal right now is to obtain as much grant funding as possible to keep rates low for the customers.”

Winemiller said another priority is expanding Brookside Cemetery, adding more plots to the graveyard in Bloomingdale. Burials there go as far back as 1843, and the cemetery has been running out of space in recent years. Winemiller said Richard and Carol Trudeau, who own a small portion of the property, recently donated one acre of land to the town.

Increasing businesses in Bloomingdale is also a concern for Winemiller, she said.

“Hex and Hop Brewing is new, and there are a couple of other projects in the works, I believe,” she said. “It’s good to see new businesses coming in, and I want to support that growth.”

Winemiller served as the town clerk, town historian and water and sewer clerk from 2012 to 2016. In 2016, she stopped being clerk when she started work as a vocational instructor of horticulture at the Adirondack Correctional Facility in Ray Brook, but she remained as town historian and deputy clerk and continued to attend board meetings, she said.

Burman, who’s originally from Saranac Lake and moved to Bloomingdale 10 years ago, said he’s running for supervisor because he had been thinking about entering public service for a while.

“There were a few options I was considering, maybe town council or school board,” he said. “It just so happened that the timing was right for supervisor.”

“I want to make it a little easier to follow what the town is doing,” he said. “The minutes go up on the website a few weeks after the meeting, which is nice, but I wish it was more immediate. Also, it’s the 21st century. Why can’t we livestream board meetings?”

However, board meeting minutes need to be approved at the next meeting, which is a month later, before they are posted on the town’s website.

Burman said he’s spoken to a few town workers who may not be entirely satisfied with their workload and compensation.

“There seems to be a problem with job descriptions and expectations, especially for the clerk positions,” he said. “I’d like to streamline the way the town works and have a higher level of job satisfaction instead of people being asked way too much for what they get paid.”

He said part of this issue lies in unfunded state and federal mandates. As an example, he brought up a conversation he had with a member of the Bloomingdale Volunteer Fire Department.

“They have a contract with the town to provide fire coverage for us, but they occasionally get unfunded mandates for something like every member needing two sets of turnout gear,” he said. “That’s fine in New York City or a town with a lot of money, but that’s $2,000 to $3,000 worth of gear for each person, and we have to comply. So either the fire department has to fundraise like crazy or pass it on to the town. It’d be another chunk out of our budget that we don’t have discretion on.”

“There wasn’t one general store when I was younger. There were three,” he said. “I’d like to be a promoter of the town as a business-friendly environment.”

“I organized volunteers, drove around setting up road signs, and I arraigned meet and greets,” he said.

Burman has worked in construction and led many work crews over the years. He currently works under his own business, Campfire Carpentry and Cabinets. He said he’s also been a member of the Freemasons in Saranac Lake and Lake Placid for the past 12 years, where he helps fundraise and organize events such as pancake breakfasts and golf outings.

“This would be my first experience in politics, but I can run a crew, and I do have certain leadership skills,” he said.

Winemiller said she’s known Burman for a long time but doesn’t think he has the experience for the role of supervisor.

“Victor is a very nice guy, but he doesn’t have any experience on the town level,” she said. “You don’t realize how much work goes into a job like this until you get involved.”

Burman said he appreciates the work Winemiller has done for the town, especially with the water department.

“I’ve got to hand it to Davina,” he said. “She took the bull by the horns and came up with a decent plan as far as getting everyone on the same page and getting meters in the homes. I like the way our water is structured right now for payment, and I don’t think it can get much better.”