What in the blazes?

DEC wants to know who sprayed paint on Cascade 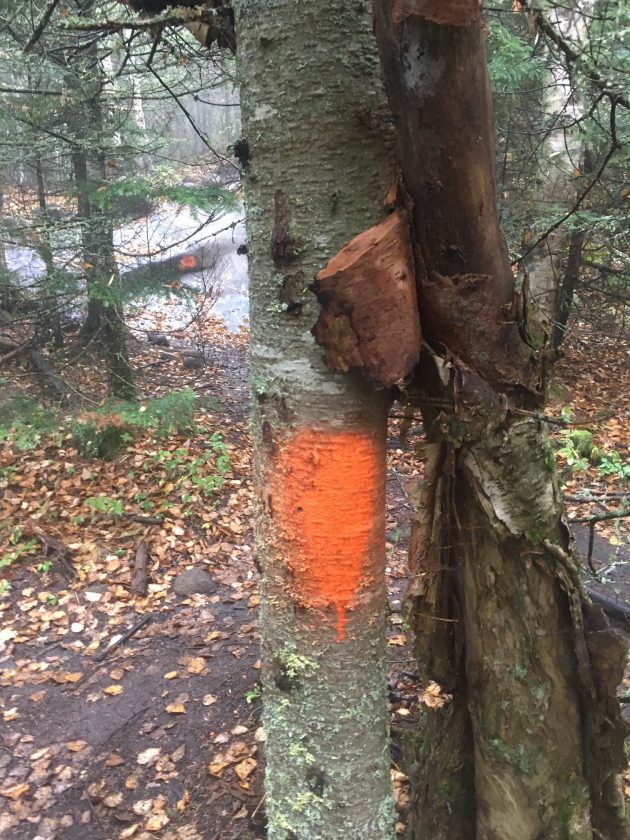 LAKE PLACID — The state Department of Environmental Conservation is asking the public for help it investigate who painted dozens of orange blazes along the Cascade Mountain trail outside of Lake Placid last week.

The orange spray paint blazes now mark trees, rocks, boulders and bedrock along the trail from state Route 73 up the state’s most popular High Peak. Cascade Mountain’s summit, 4,098 feet above sea level, is most commonly reached via a 2.4-mile trail from Route 73.

The DEC posted on Twitter a request for public input on who painted the illegal blazes, writing that “Anyone hiking in that area between 9/23-9/27 that has information pertaining to the illegal blazes is encouraged to call our Ray Brook dispatch center at (518) 897-1300.”

Cascade Mountain is the most popular of the 46 High Peaks and often sees thousands of hikers on weekends. For instance, at least 590 groups of people registered to hike the mountain over the Labor Day weekend, and numerous parking lots are often overflowing.

The number of people parking at Cascade to hike has become such a problem that for the past two Columbus Day weekends the DEC has closed the trailhead and instead made people park at the Mount Van Hoevenberg Olympic sliding complex, offering a temporary hiking trail or shuttle ride. A new trail up the mountain from Van Ho is in the works, and the state intends to close the trail from Route 73. 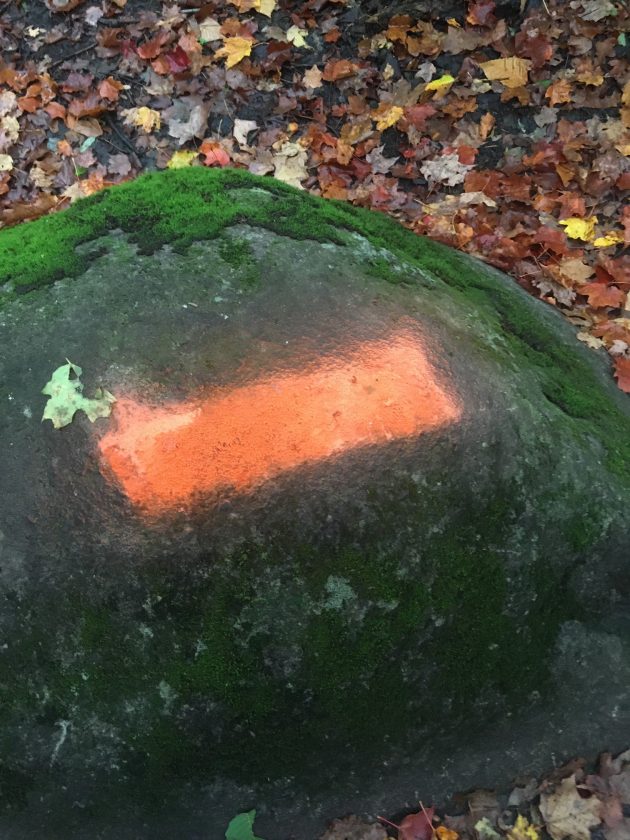 The DEC is investigating who left orange blazes along the Cascade Mountain trail outside of Lake Placid. (Provided photo — NYS DEC Twitter feed)

This year, due to construction at the Olympic complex at Van Hoevenberg, DEC and the state Department of Transportation have announced the trailhead will remain open, but the speed limit will be reduced from 55 miles per hour to 45 mph in that section of Route 73. 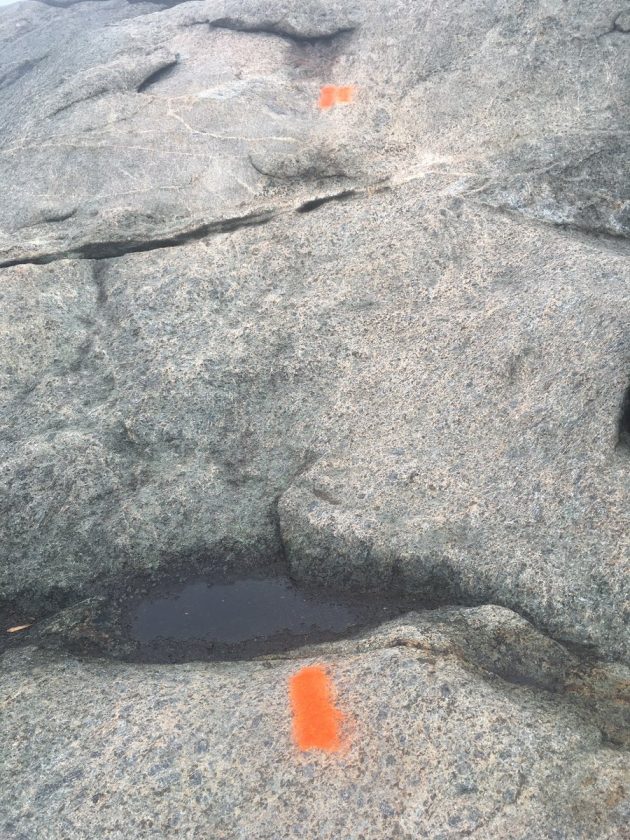 The DEC is investigating who left orange blazes along the Cascade Mountain trail outside of Lake Placid. (Provided photo — NYS DEC Twitter feed)