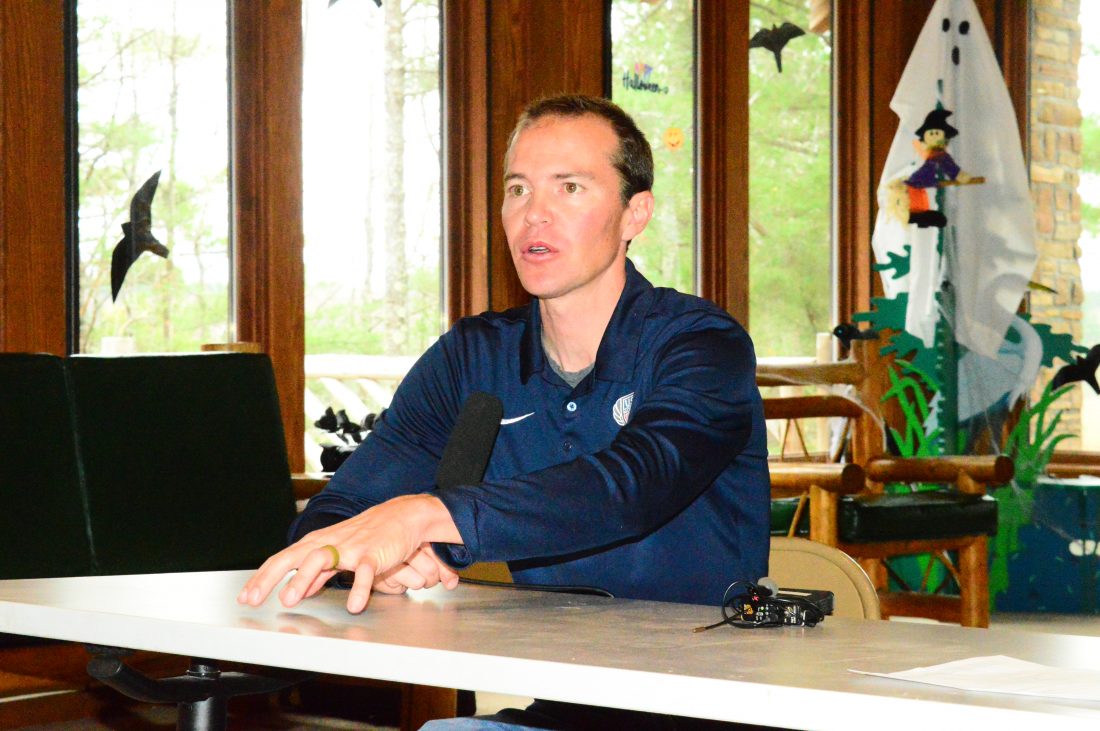 PAUL SMITHS — The trails at the Paul Smith’s College Visitor Interpretive Center will be skied by the USA Nordic team next year.

USA Nordic is seeking to establish eastern, central and western training centers across the country, and it selected the college as its East Coast hub.

Bill Demong is the CEO of USA Nordic, a Vermontville native, a five-time Olympian and a 2010 Olympic gold and silver medalist in Nordic combined. He will add to his honors tonight when he is inducted into the Lake Placid Hall of Fame. He said he grew up skiing the trails of the VIC with fellow Olympian Tim Burke. At one point he lived down Keese Mills Road, so the VIC trails were practically his backyard.

Back then the trails were all backwoods skiing, but Demong said there has been a lot of work done on them recently.

“The trails here that I walked yesterday with the crew are unbelievable. From what I had envisioned, I was completely blown away,” Demong said. “They are fully homologated, World Cup-level trails.” 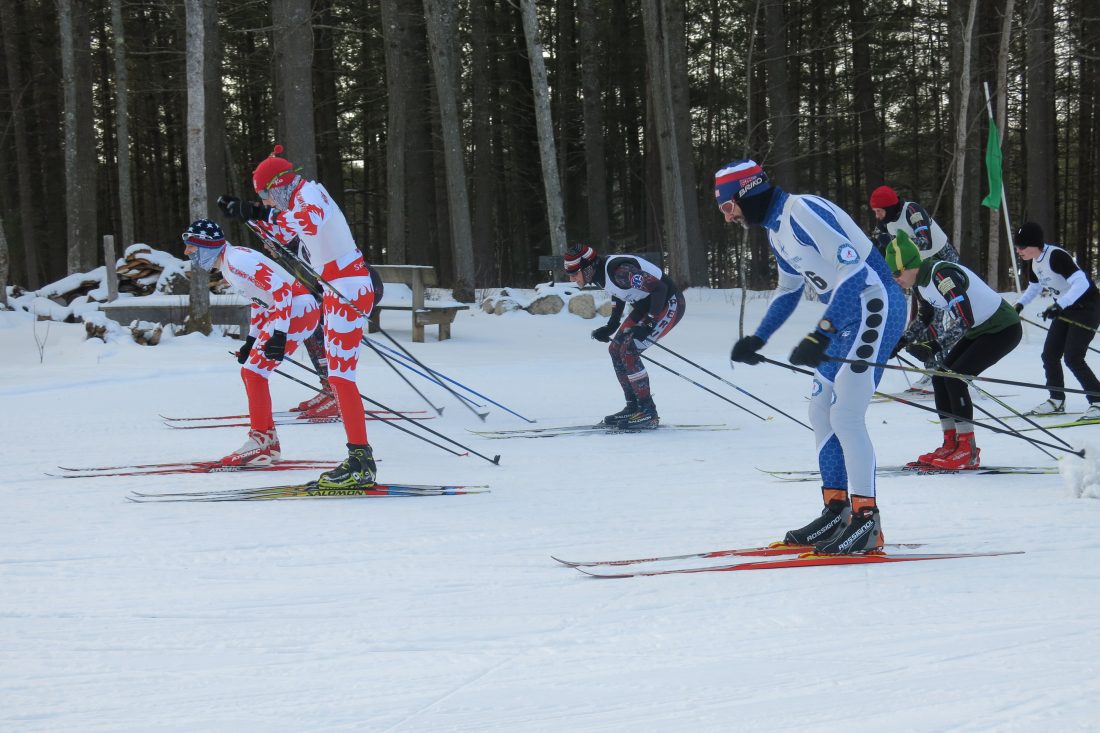 “Homologated” means the trails fit all the parameters needed for them to be a college and junior-level training venue. He said though they are not designed exactly like World Cup trails — those are built steeper and are not effective for training — they can be used to train for World Cup events.

John Morton of Morton Trails was tapped to design the new trails and Demong called him “the top trail building in the United States.”

At a press conference Friday, Demong did a question-and-answer session with John Morgan of Lake Placid, NBC Sports’ Olympic bobsled announcer who has taken a major role as the college’s director of sports initiatives.

“Really, I give John a lot of credit,” Paul Smith’s College President Cathy Dove said. “He had that insight into the Olympic movement.”

The VIC already has around 45 kilometers of trails, according to Manager Andy Testo, and work would be done to build the loops needed for training and competition from near the campus to the “log landing” on the Esker Trail. Testo also said Paul Smiths usually has around a foot more snowpack than Saranac Lake or Lake Placid.

Demong said it is important for the USA Nordic team to have dedicated training areas. A shooting range has been cleared so people will be able to train for biathlon, too. Ski jumpers can travel to the jumps in Lake Placid.

The USA Nordic team will train both its men’s and women’s teams in anticipation of a women’s Nordic combined event being added to the 2026 Winter Olympics in Italy.

“Women’s Nordic combined is the last original Olympic sport and, to my knowledge, the only Olympic sport that doesn’t have gender equity in the games,” Demong said.

It is unclear how many people will be in the program yet.

Demong said he never finished college because he was always too busy with training. He pointed out that not many schools have cross-country ski trails, much less a partnership with the USA Nordic team.

“It’s an avenue I wish I had at that age,” Demong said.

“This has been a very underappreciated center of gravity for our community,” Demong said. “I see this as really a Renaissance period where we’re going to see Paul Smith’s College really become more appreciated by the local community as well as draw new students and new programs to the area.”

He said students at the college training with the team can train “before class, between class and after class.”

Already, the organization has picked up several “collegiate carnival” events to host other teams and schools on the trails this winter. Demong said he hopes to double the size of the team in its second year.

She said the college has a goal of attracting more student-athletes. The college introduced a sports management track around a year-and-a-half ago, and its new women’s hockey team drops the puck on its first game today.

Dove said the college may add one or two more sports-related programs in the future.