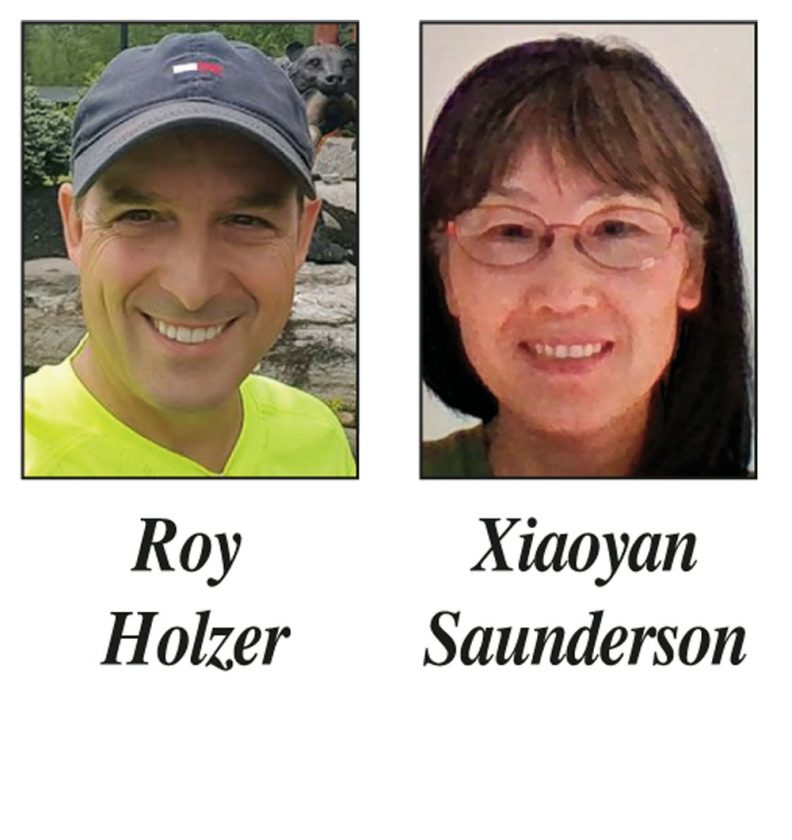 Interim town Supervisor Roy Holzer, 54, will face off against newcomer Xiaoyan Saunderson, 60, to fill the town supervisor seat left vacant by the death of Randy Preston on July 18.

Preston, the sitting supervisor, died following a long battle with cancer. Holzer was unanimously appointed interim supervisor in August, with the exception of town Councilwoman Dawn Stevens, Holzer’s older sister, who abstained. He was also nominated by a local committee to fill Preston’s place on the ballot under the former supervisor’s independent People’s Party line.

Election Day is Nov. 5. Wilmington voters interested in casting their ballots early can do so starting Oct. 26 at the Essex County Public Safety Building at 702 Stowersville Road in Lewis. Visit the Essex County Board of Elections website for polling hours. Early voting closes Nov. 3.

Holzer is a lifelong resident of the town of Wilmington. He is a married father of one adult daughter, Amanda, and has a son-in-law, Kevin.

Holzer was elected to the town council in 1983 at the age of 18, was elected supervisor in 1996 at the age of 31 and served in that capacity for four years. He also served as a member of Wilmington Fire & Rescue for 25 years.

He and his wife, Becky, owned the Little Super Market on state Route 86 for 22 years. In 2014, the couple opened the town’s lone gas station at the market, following the closure of the Wilson Farms convenience store the year prior. They sold the business to their niece and nephew, Cliff and Sarah Holzer, this May. Holzer currently owns Whiteface Corners, a multi-purpose building with lodging and the location of the Pourman’s Tap House.

“I’ve always been an advocate for our community and the people in it,” he said. “Whether it being volunteering, or as a business person. I’ve had strong ties to Wilmington and always felt an intense feeling of civic responsibility.”

If elected to fill the seat, he said he has an obligation to oversee and see the completion of the town’s ongoing capital projects. He would also prioritize the creation of a Wilmington 2020 committee, dedicated to reviewing the town’s history and planning strategically for the town’s future; and the launch of a Wilmington Homestead Housing Initiative, his plan to set aside land in the hamlet with the sole intention of promoting the development of affordable housing for long-term residents and families.

Saunderson is a newcomer to politics. She moved to Wilmington more than a decade ago and describes herself as a housewife. Before that, she was a painter in China and did some housekeeping and graphic design work. She’s married to David Saunderson, a retired police captain, former Wilmington town assessor and former owner of the Handlebar bar and restaurant in Lake Placid.

Saunderson said she’s running because she’s concerned by how the town is spending taxpayer dollars.

“The taxes are too high,” she said. “Working people can’t afford to live here because there are too high taxes.

“If I’m elected, the first time I’d do is hold taxes to a 0% increase … I would like to put it at a 0% increase for the next three years.”

She also said she’d like to help “build a friendly community” and maintain an open supervisor’s office in the town hall, so anyone who has an issue can walk in anytime.

“Wastewater treatment: Do we need it? Absolutely not,” she wrote. “I support people who want to develop business in the town, but not by (spending) taxpayers’ money.”

In that same letter, Saunderson accused the town board of a conflict of interest by appointing Holzer to the interim town supervisor seat.

With Stevens abstaining from voting on her brother’s appointment, every other councilor — including deputy town Supervisor Darin Forbes, who was part of the committee responsible for nominating Holzer to the People’s Party line — would have needed to cast a vote for there to be a quorum on the decision. Forbes allegedly cast a vote in favor of Holzer.

“They appointed another candidate to be interim supervisor, they were unfair to me, that was unfair to any candidate,” she wrote. Saunderson said if voters don’t want the board to “continue to make mistake for the town,” they have “no choice” but to vote for her.

Forbes was not immediately available for comment Friday evening, but Holzer did respond to the allegations.

“We will let the voters of our community decide if they feel there’s a conflict,” he said.

There are four other races on the ballot in Wilmington; two town council seats and two town assessor spots.

There are four candidates, one for each race. They are all incumbents and all uncontested.