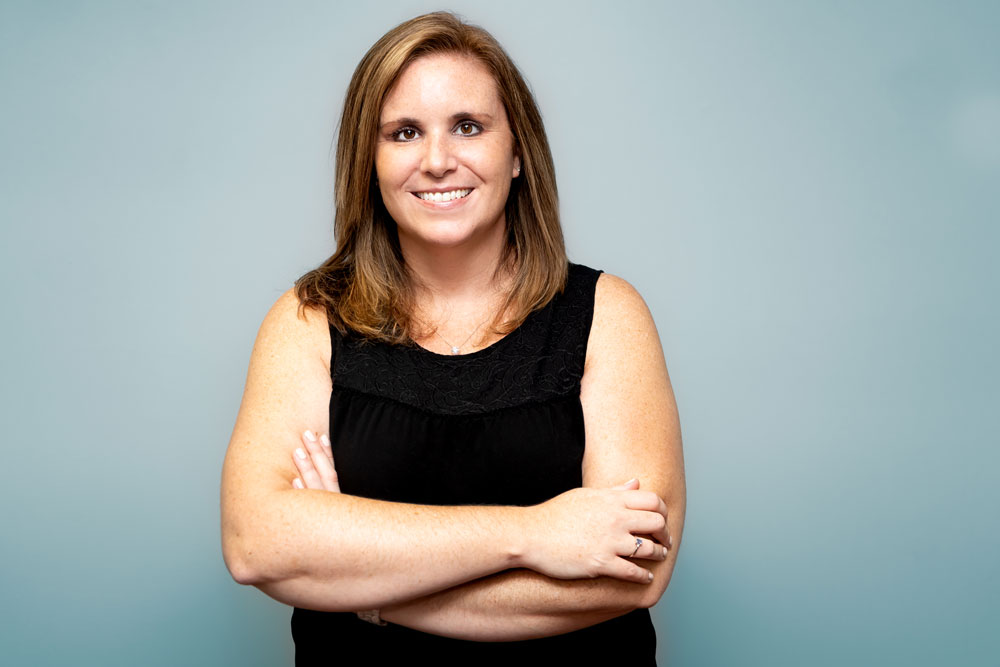 TUPPER LAKE — Insurance agents nationwide who picked up the latest edition of Independent Agent Magazine this week saw a local familiar face on the cover.

Jessica Belleville Whitman, who owns Belleville and Associates Insurance of Tupper Lake, was featured in a story about Generation X insurance agents who have succeeded as successors to a business.

“Perpetuation remains a serious challenge for the independent agency system,” the article states. “The average age of agency principals with 20% or more ownership in their agencies is 54 years old, with 15% of those principals age 66 or older.”

For smaller agencies, it is even more rare.

Whitman said last year the Independent Insurance Agents & Brokers of America (also known as Big “I”) posted on Facebook asking for Gen. X “ownership stories.” She commented and in July of this year they asked her to write up her full story for their insurance industry publication Independent Agent.

“It was pretty easy to write,” Whitman said. “The editorial team reviewed them and felt that mine was the most relatable to people in the industry right now and asked if I would be interested in being the feature for that issue.”

She was going to be put on the cover, so she suggested that Big “I” hire a local Tupper Lake photographer, Jessica Stevens, to take the photo. Now that photo is the cover of the Big “I” national publication.

Whitman is the third generation of her family to own the business since her grandfather started it back in 1949, but she had not planned on it being that way.

“It was boring. I worked here when I was in high school and in college and it was bor-ing,” Whitman said. “It was not my career path of choice.”

She had started by emptying out trash cans in the office for quarters, but wanted something else. She held a variety of jobs in large and small companies and eventually her perspective on life and the world changed. She was working at a doctor’s office and not enjoying it when in 2002 she got a job at her dad’s agency in a customer service type position.

“The older I got the more I understood why people need insurance,” Whitman said.

Ten years later she took over the business. In the article she said there were a few “power struggles” when she started.

“I was younger than them,” Whitman said. “I was my father’s daughter, which I think a couple of them might have resented.”

She said it was hard to be challenged right off the bat, but her father was still loosely involved and he counseled her through how to handle the situations.

Whitman is still a couple decades out from retirement, but she said she’s already looking to the future.

“Perpetuation is so important,” Whitman said. “It’s already something that’s in the back of my mind. So that I know that what three generations have built isn’t just going to go by the wayside.”

In the articles she said she hopes one of her daughters will eventually take up the business into a fourth generation. Asked if her girls have shown any interest Whitman said, “No. Absolutely not.”