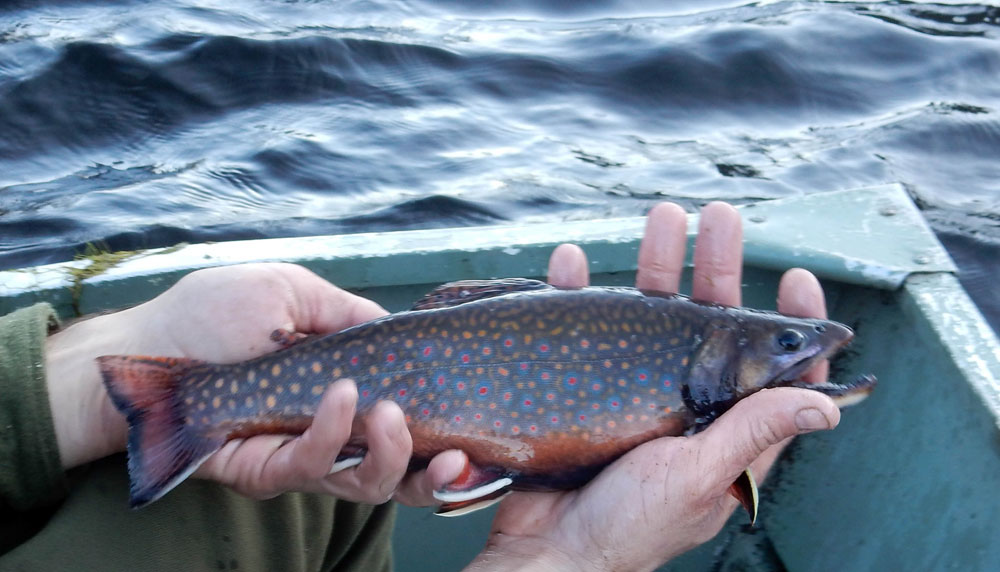 ALBANY — A reproducing population of brook trout has been discovered in a tiny lake in the Adirondack High Peaks Wilderness for the first time since the lake was declared fishless because of acid rain 32 years ago, New York state officials said.

The DEC said it’s the first time a non-stocked, sustaining fish population has been recorded in a high-elevation Adirondack lake previously determined unable to support fish due to acid rain impacts.

Acid rain results when emissions from power plants, motor vehicles and other fossil fuel combustion sources mix with moisture in the air to produce sulfuric and nitric acid. In the 1960s, scientists determined it was causing tree die-offs in higher elevations of the Catskills and Adirondacks and had made hundreds of lakes and streams too acidic to support fish.

Lake Colden, surrounded by some of the state’s tallest peaks, is one of 52 Adirondack waterways where samples have been collected and analyzed several times a year since 1992. Monitoring has shown improving water quality in recent years, according to DEC.

“While we were preparing to recommend to DEC the lake was suitable for stocking brook trout, the discovery of brook trout makes this recommendation moot,” said Jed Dukett, program manager for the Adirondack Lake Survey Corporation, which does the monitoring.

Survey staff found small brook trout in a tributary to Lake Colden in August. In September, DEC biologists followed up with nets and electroshocking equipment and discovered a healthy population of three generations of brook trout.

Genetic testing is underway to determine the origin of the brook trout, which could be a native heritage strain.

Lake Colden, which is 2,754 feet high, is a picturesque and popular camping area for backpackers. It’s a difficult hike of more than 10 miles. Fishing is allowed, but only with artificial lures.

The first verified example of recovery of an Adirondack lake rendered fishless by acid rain was Brooktrout Lake, where heritage strain trout were stocked in 2005 and found to be reproducing in 2010.