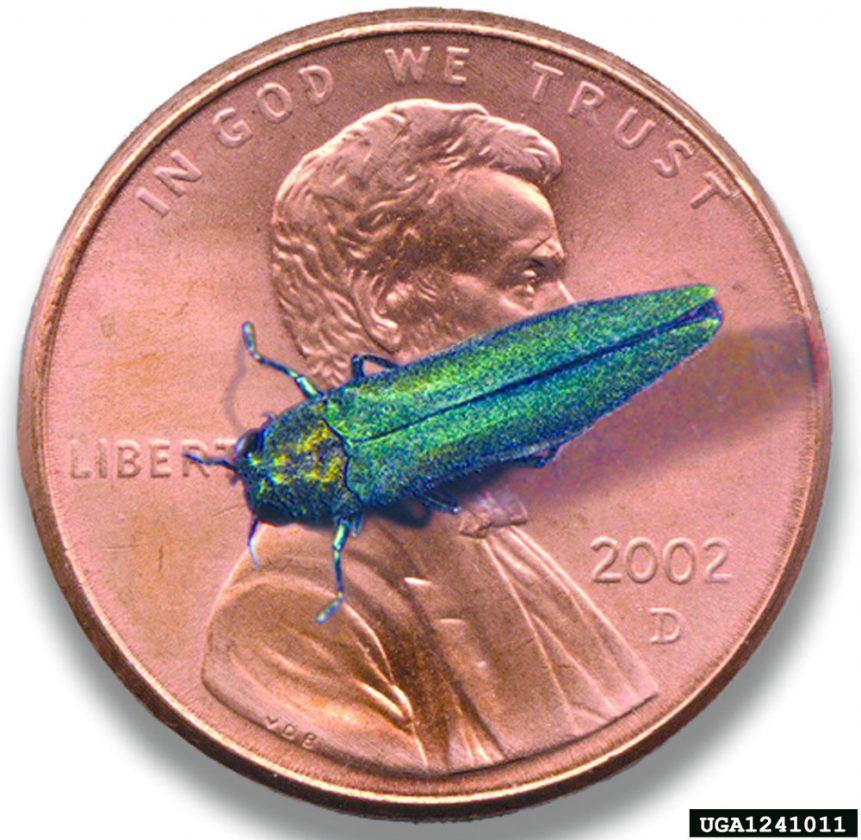 An emerald ash borer, deadly to ash trees, is brightly colored but smaller than a penny. (Photo provided)

The state Department of Environmental Conservation announced Friday two tree samples, one from a tree on South Massey Street in the city of Watertown and another from the village of Clayton, have tested positive for the insect.

Emerald ash borer larvae can kill the ash trees by eating the cambium layer below the bark, which can prevent water and nutrient distribution, according to the DEC. Adult ash borers, which are less than an inch long with green wing covers and copper or purple abdomens, leave behind small, D-shaped exit holes in the outer bark of ash tree branches and trunks.

“All of New York’s native ash trees are susceptible to” the beetle, Randall Young, regional director for DEC, wrote in a statement. “DEC Foresters work diligently to educate municipalities and the public about this invasive pest, holding workshops for landowners and other stakeholders to track the spread of this destructive beetle in Northern New York. Firewood regulations prohibiting the movement of firewood more than 50 miles from the source of origin should be followed to help slow the spread of (the beetle) and other invasive insects.”