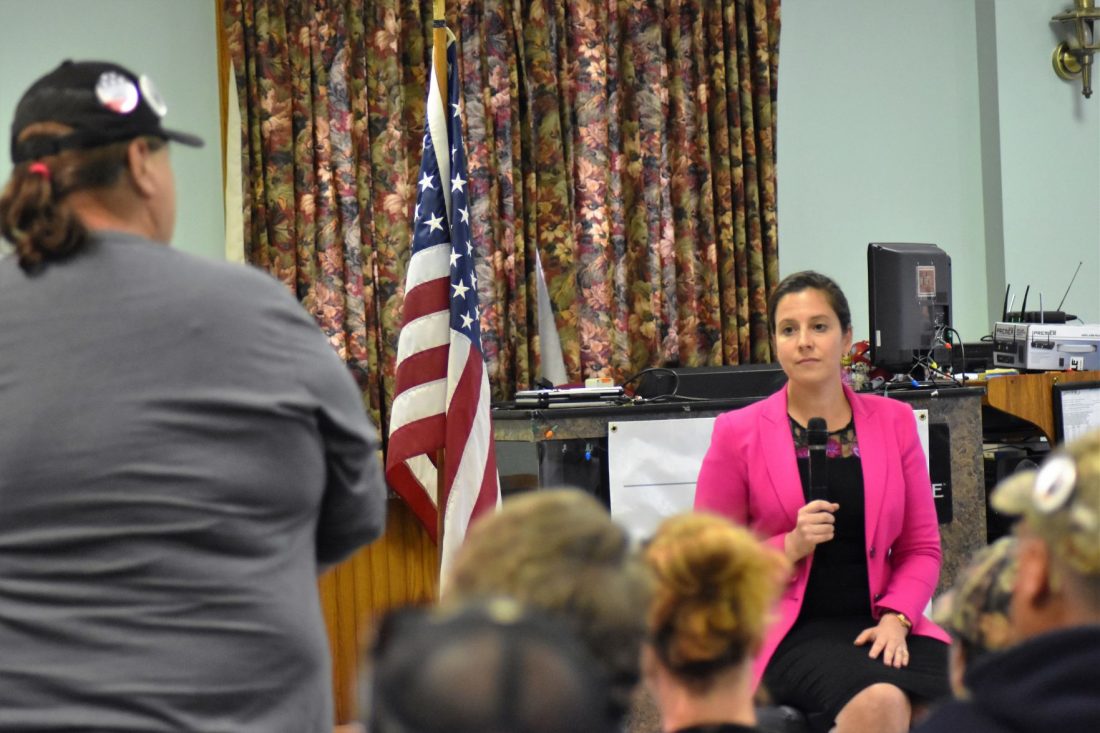 KINGSBURY — A rule in the Clean Air Act that keeps states from polluting their neighbors should be enforced, said U.S. Rep. Elise Stefanik, in a press briefing Friday at the Kingsbury Volunteer Fire Department.

Called the Good Neighbor rule, the provision allows the U.S. Environmental Protection Agency to monitor and regulate coal-fired power plants so that their pollution does not affect other states.

New York and several other states petitioned the EPA last year to enforce the rule, after growing concern that a number of power plants in the Midwest were causing smog levels to increase, particularly in the New York City area.

The EPA denied the petition.

“We have to stand up as New Yorkers, particularly given the impacts of acid rain on the Adirondacks, which we are moving in the right direction,” said Stefanik, R-Schuylerville. “I do think we should be enforcing the Good Neighbor rule because what happens in other parts of the country impacts our environment and our economy.”

The congresswoman referenced the effects of acid rain on the Adirondacks and said she has fought for federal funding to monitor it.

The Adirondack Council, an environmental organization focused on protecting the Adirondacks, said earlier this month that acid rain was making a comeback; it highlighted a number of federal environmental rollbacks and the EPA’s denial of New York’s clean air petition.

But scientists studying acid rain on Whiteface Mountain say it’s too early to determine whether acid rain is getting worse in the Adirondack Park.

The pH levels, which show how acidic or basic something is, are actually increasing, said Richard Brandt, science manager of the Whiteface Mountain Atmospheric Sciences Research Center. That’s good news.

Brandt added that federal regulations are working, and “it’s very important to be vigilant and to make sure to report on any changes we see.”

In March, the Trump administration proposed a 31% cut to the EPA’s funding, which could have jeopardized many environmental programs. In April, Stefanik asked leaders of the key House Interior subcommittee to protect acid rain research funding in the EPA’s budget.

U.S. Rep. Paul Tonko, D-Amsterdam, joined Stefanik in the call, and the budget passed with a $6 million increase for the EPA.

In its annual State of the Park report, the Adirondack Council gave a thumbs-up for the increase in funding, with Stefanik and Tonko both highlighted.

The League of Conservation Voters, which keeps track of environmental votes for lawmakers, gave Stefanik a score of 51% for her votes in 2018, higher than her lifetime score of 33%.