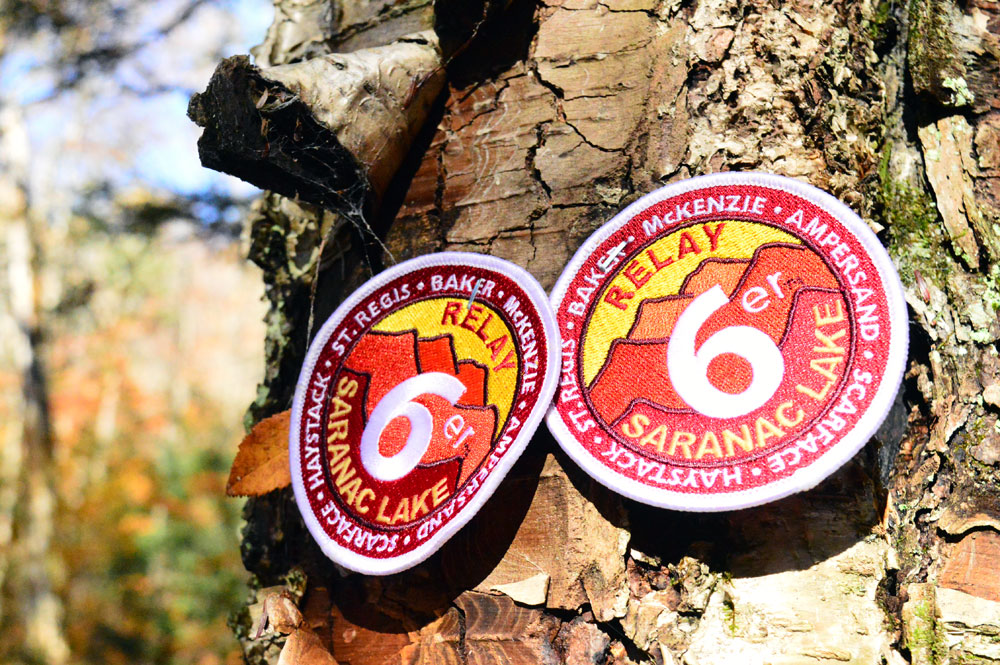 Saturday marked the third Saranac Lake 6er Relay. It was a day of running, tribal dances and the occasional upchuck.

Each participant goes up one of six mountains. At the top is a hole punch, so you can prove you got to the top. Then they rush down and hand it off to the next runner. When everybody is finished, the whole team rushes back to Berkeley Green where they ring the 6er bell.

The Saranac Laker 6er includes mountains Baker, Haystack, McKenzie, St. Regis, Scarface and Ampersand. However, the relay replaces Ampersand with a different trail because it’s part of the High Peaks Wilderness Area, where races are not allowed. For this year’s relay, it was replaced with Jenkins Mountain in Paul Smiths.

Bethany and Mallory Garretson were on the winning team, the Warrior Team, with an end time of 1:27 p.m. That’s just under seven and a half hours. The two sisters are professionals when it comes to the 6er. They got second and third place in the 2013 Ultra 6er, which is one person hiking all six mountains in one day.

They said a lot of planning goes into a successful relay.

“You’ve got to assign the right runners to the right mountains and work out a good driving strategy beforehand,” Bethany said. “This year we started on Scarface because a lot of it is flat and that’s when you want to use your headlamp.”

Mallory said trying to win the 6er is both enjoyable and exhausting.

“It definitely feels good when you’re done,” she said. “The main thing is to not overthink it. Just put together a team you’re looking forward to hanging out with for the day.”

Cody Liguori and his team, the Cranberry Cowboys, didn’t place in the top three fastest. Instead, they got sixth, which they seemed to like better than first place because it goes along with the theme of the relay.

“Definitely some room for improvement, but we’re happy with our time,” Liguori said. “It’s a cool event. It’s all part of the Adirondack experience.”

Cody’s brother Bronson took McKenzie that day, tallest and one of the steepest in the relay.

“I tried to pace myself,” he said. “I sped walked up the really steep parts, and then just ran the rest of the way. You get to the top where there were about four inches of snow. It was pretty much winter conditions.”

Saranac Lake Mayor Clyde Rabideau is the emcee of the event. He said in the few years the 6er Relay has been around, it’s grown into quite a popular event.

“One of the original thoughts was that it’s an event to help extend the shoulder season a little,” he said. “You’ve got plenty of people coming into town, staying at hotels and Airbnbs and spending money at local places. But aside from that, we’ve definitely created a 6er family here. Some folks are competitive and some aren’t. We had one group today wait (at Berkeley Green) for an hour and half after they finished just so they could cheer on another team.”

This was Justin Simcox’s first relay. He’s working on completing all 46 High Peaks. Normally he hikes, but on Saturday he ran. He went up St. Regis, a mountain he’s tackled before. He came down about an hour and forty-five minutes later, beard dripping with sweat, calf muscles tense and running sneakers caked in mud.

“Running is definitely a lot harder, and the wet leaves don’t help,” he said.

At one point along the trail, Simcox experienced what is colloquially known as boot and rally. That’s when you puke and get a second wind of energy.

“Unlike in college, no alcohol was involved, just a breakfast sandwich,” he said.

Because it’s a race, most people don’t stop at the top of each mountain and take in the Adirondack vista for a while. You gotta get down and hand off that ticket to the next runner.

“I didn’t really look, but I gotta say, the sight of that Tide Pod bucket with the hole punch in it was just as good as the scenic view,” Simcox said.