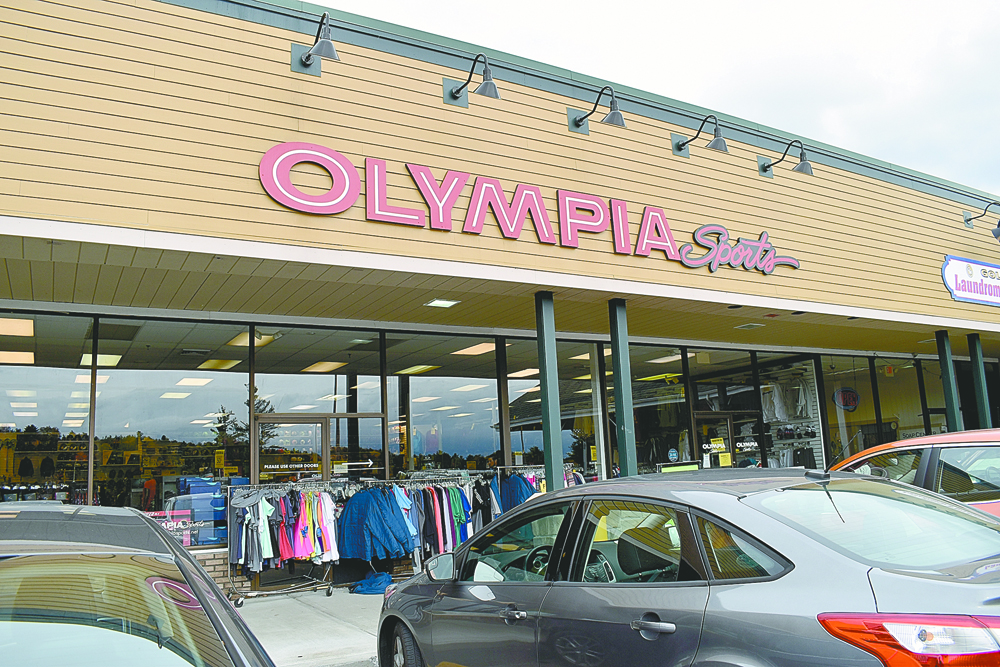 LAKE PLACID — Olympia Sports is expected to close its doors before the end of the year after more than eight years in business here.

The store’s Lake Placid location, sandwiched between Gold Medal Laundromat and the Wine and Spirit Shoppe in the Cold Brook Plaza, is the latest in a series of closures following the Maine-based company’s sale to JackRabbit, another retailer that specializes in sportswear and equipment.

Around half of the company’s 150 brick-and-mortar stores will close, according to Olympia Sports Communications Director Joanne Kenny. The company notified the state Department of Labor in Maine that it intends to mass layoff employees, according to the Press Herald of Portland, Maine.

Maine requires companies to give such notice if at least 50 workers, or a third of the workforce, could lose their jobs, the newspaper reported.

Kenny declined to give a specific closing date for the Lake Placid location, but employees there said they’ve been told the store will close by the end of December. Kenny said she did not know how many people worked at the store in Lake Placid.

Another Lake Placid mainstay, the Gap Outlet, may also be closing in the coming months. Though company reps have not yet confirmed the closure, the three-floor, 10,000-square-foot building at 2457 Main St. is listed as being up for lease come February on the website of Merrill L. Thomas, a local real estate company.

The changes in the retail landscape here come as brick-and-mortar stores face increasing competition from online marketplaces. The U.S. Commerce Department announced in February that online general merchandise sales, which accounted for around 12% of all retail spending, had surpassed in-person sales for the first time. In September, brick-and-mortar general merchandise sales reached more than $54.6 billion, while online retailers in the United States sold more than $60.6 billion in goods.